A judge's order comes too late for one Cambodian man 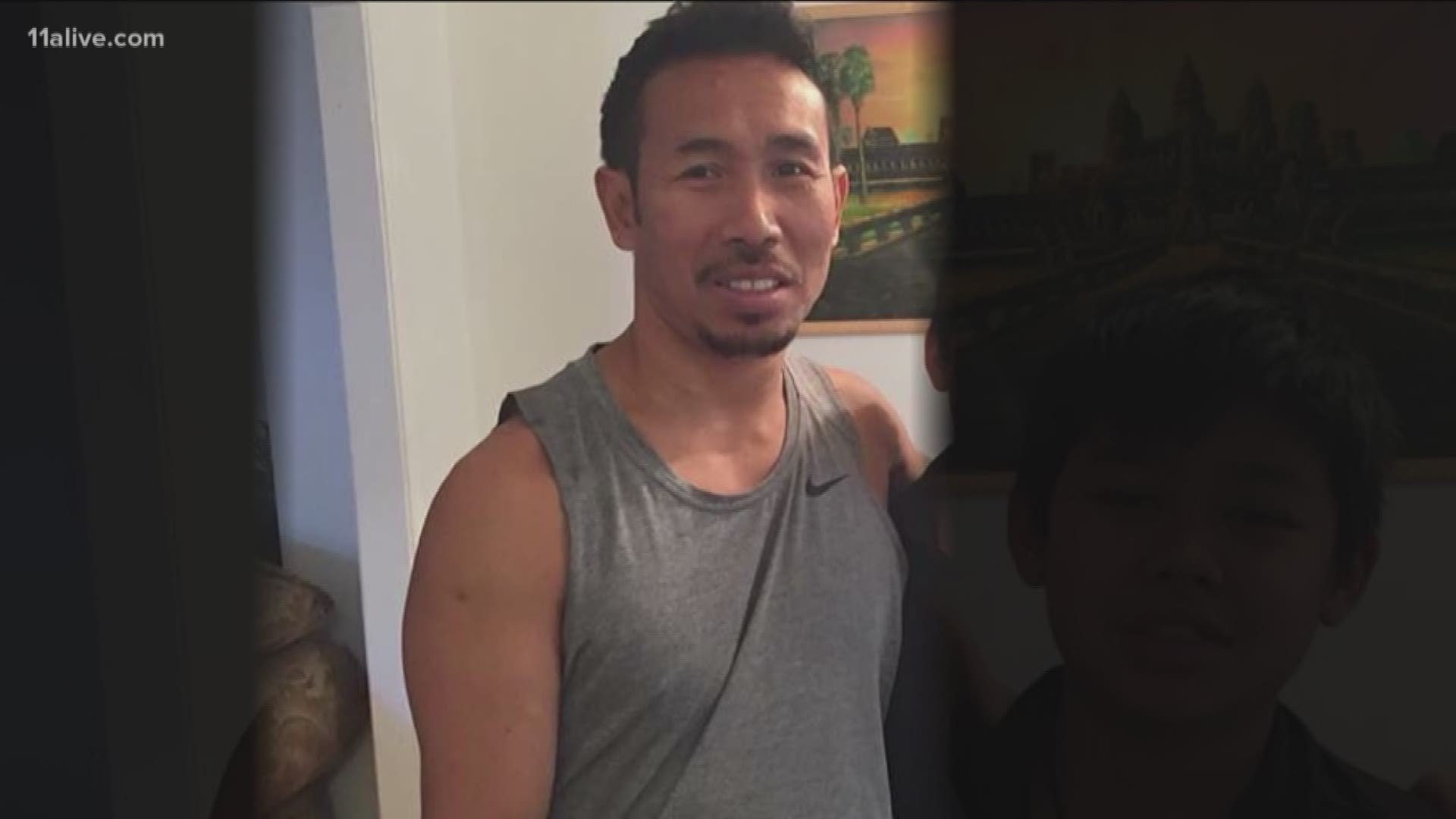 Fleeing war - that's how Sivath Yaing's sister, Joanna, says they came to the United States from Cambodia with their parents. A total of nine. The family found their home in Georgia 35 years ago.

Yaing was deported last December after getting a notice from Immigration and Customs Enforcement in September. "But in Sivath's case," attorney Van Huynh says,"it was particular that he received a notice to check in within a week."

When he did, he was detained. Three months later, he was deported back to Cambodia. This is something that his sister said is a difficult adjustment.

On Thursday, a judge issued a temporary restraining order barring immigration enforcement officials from raids in the Cambodian community. And another thing that order does is make ICE give a 14 day written notice before detaining a Cambodian national. This is something that Huynh says could've helped Yaing's case, but came too late.

The holiday season was spent without Yaing.

The  well-known game Secret Santa was their go-to during the festive season. But this year was different.

"Since he wasn't here for Thanksgiving, Christmas, we decided not to do it."

A tight-knit family of nine who came together fleeing the Khmer Rouge decades ago, now, torn apart.

"In 1999, Sivath committed a very serious offense, one in which he was sentenced for," Huynh said. "He had served five years in prison."

Twenty years ago, Yaing pleaded guilty to a drug trafficking charge. He was then sentenced to 20 years in prison. Of those, he served five in custody, and was released on probation.

His attorney says that's when he turned his life around.

"He had then sort of rehabilitated from his mistakes," Huynh said. "He mentored a lot of young people, at risk youth and sort of provided his life back to the community."

His sister Joanna says he was living and working in the U.S on a work permit.

Without a driver's license, for years, he had to rely on a bike to get to work or hitch a ride from a friend, but she says he made the best of it.

Now that he is gone, his sister just hopes that their family can be reunited soon.

"It's just unfair. He works and pay taxes... and he didn't cause any other trouble."