After head-on crash and her 4th DUI, Kennesaw woman will spend 15 days in jail

She told officers she had at least six alcoholic drinks and took anti-anxiety medicine but wasn’t sure how much. She also wasn't sure where her nieces were. 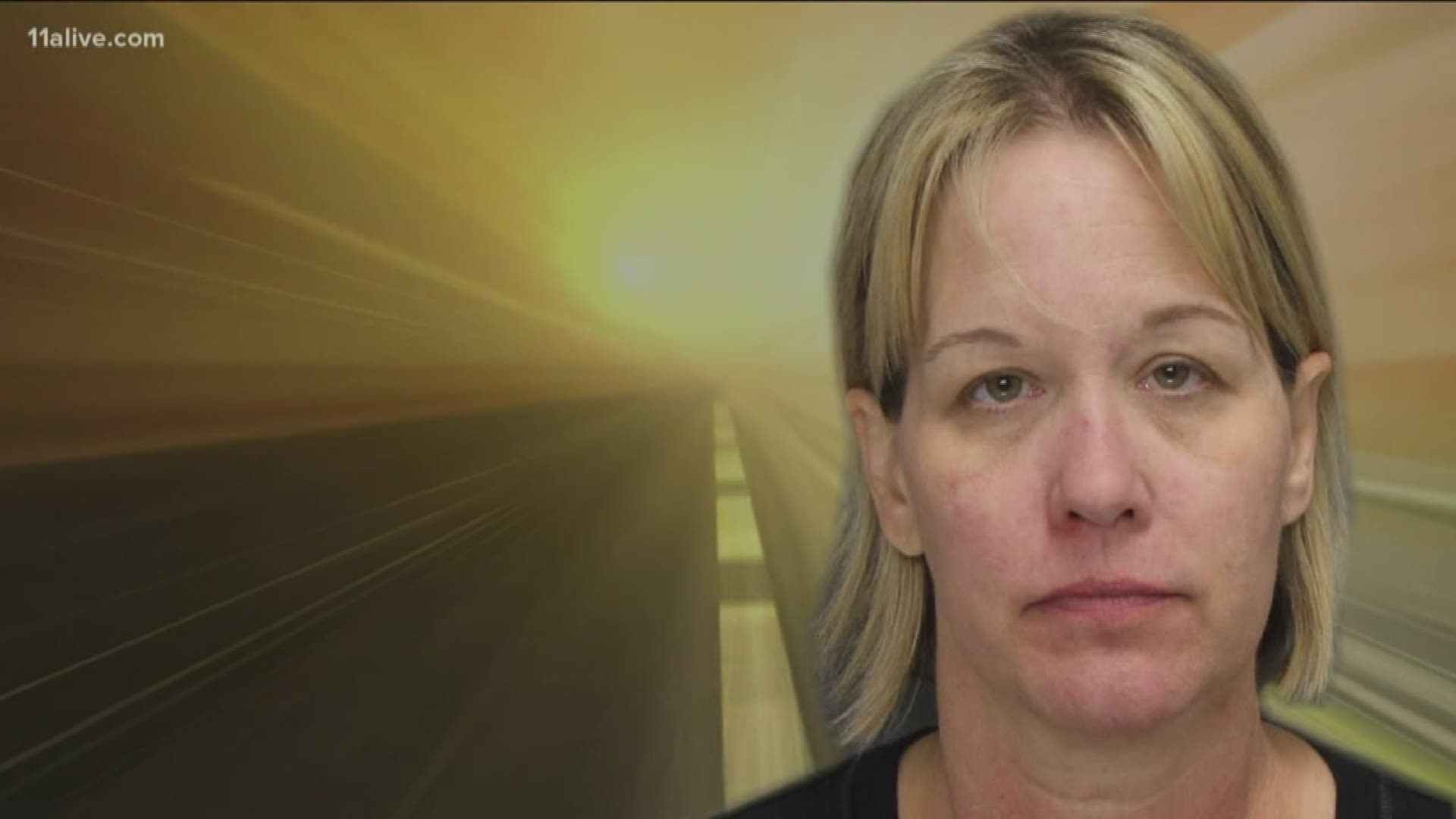 KENNESAW, Ga. — A Kennesaw woman pleaded guilty to DUI charges and will spend 15 days in jail with the remainder of her sentence being served on probation.

Kellie Ann Hutcheson was allegedly so intoxicated at the scene of a crash, she couldn’t remember where the young nieces she was taking care of where.

In 2018, Hutcheson was accused of driving her SUV into oncoming traffic in Kennesaw. When police arrived, she had a hard time standing up and was slurring her speech. She told officers she had at least six alcoholic drinks and took anti-anxiety medicine but wasn’t sure how much.

She then told police she was taking care of her two nieces, ages 4 and 2, but couldn’t remember where they were. Turns out the children were found at Hutcheson’s home and were returned to their mother.

On June 19, 2019, Hutcheson plead guilty to three misdemeanor charges, including DUI and was sentenced to 36 months in jail. However, she will be allowed to serve 15 days in jail, with the rest served on probation.

An 11Alive viewer sent the tip on Hutcheson’s sentence, calling it a "slap on the wrist."

Darryl Cohen, an attorney not associated with the case gave perspective on the sentence.

“This is a very light sentence,” Cohen explained. “When I see 15 days incarceration, it tells me there’s been a lot of help on her part trying to get better and to try and not have a DUI.”

Cohen said in his experience, people charged with DUI who make efforts to seek treatment before their court dates, tend to get lesser sentences. He also said since the children she was entrusted with were not in the car with her, that may have played into the lighter sentence as well.

The attorney also explained Hutcheson received the max for each misdemeanor court, 12 months per count. But, instead of serving it in jail, she’ll serve it on probation.

In addition, she was not charged with felony DUI. The law states someone would have to be convicted of three DUIs in five years to be charged with a felony. It’s her fourth DUI since 2009, according to police.

While keeping people safe is always the goal, Cohen explained courts and prosecutors must balance the punishment with getting someone help for a possible addiction.

“It might stop someone from going out and drinking and driving again and it hopefully be less money for all of us taxpayers because it’s very expensive to house someone in a jail," Cohen added.

Calls to Hutcheson’s attorney have not been returned.