Army veteran once called his parents to say goodbye as he contemplated suicide. Now he helps other struggling veterans.

Gary Herber made a plan and waited until he had 10 percent battery left on his phone to call his parents to say goodbye. Years later, he works with the same program that helped him change his life around. 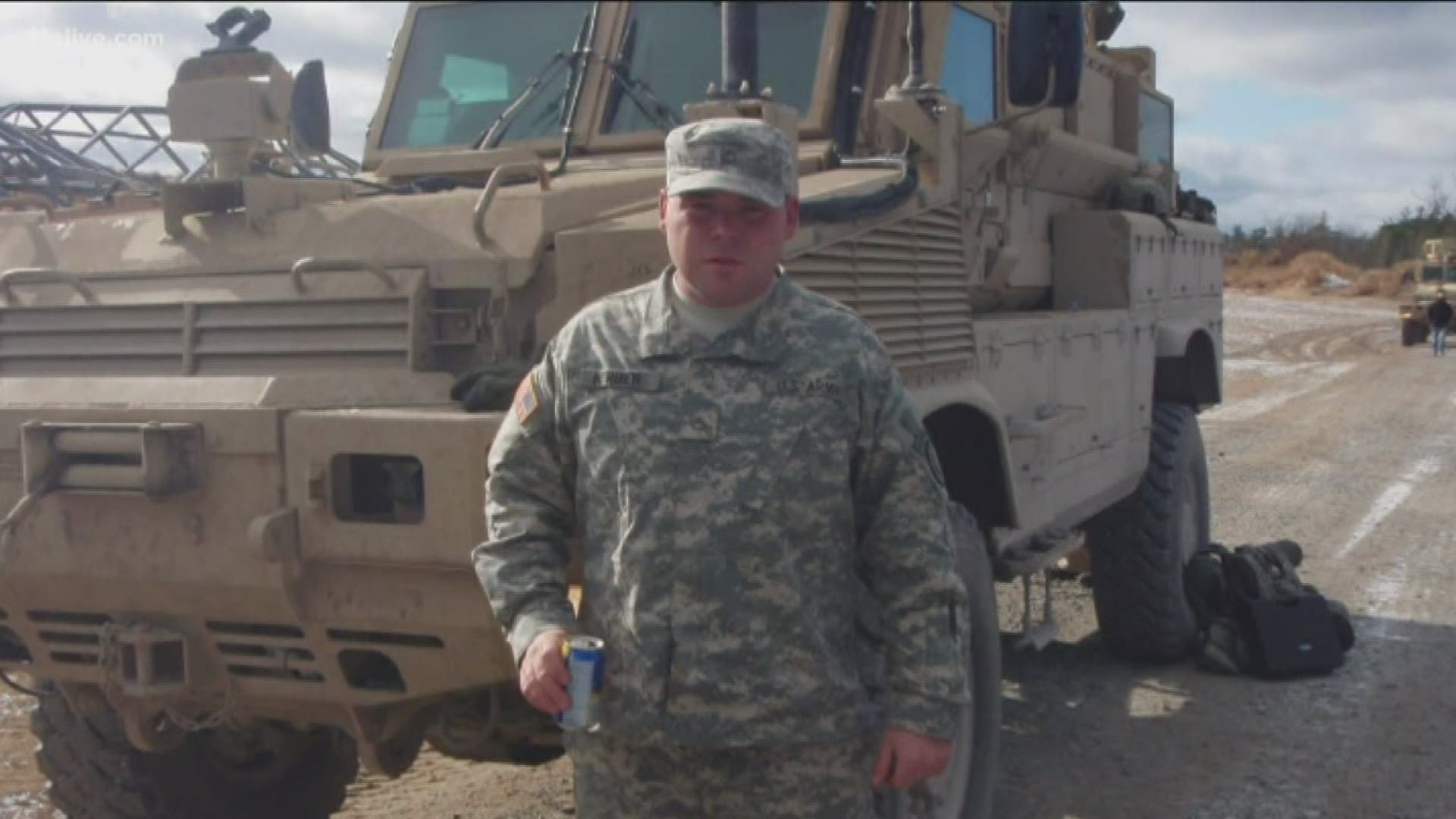 ATLANTA — Two veterans committed suicide outside of VA medical clinics in Georgia over a weekend in April.

It's a harsh reminder of the struggle and pain of many veterans in America. Roughly, one veteran dies by suicide every 65 minutes in the country.

Gary Herber was almost one of them. In November of 2010, Herber made a plan and called his family to let them know.

"I waited until I has about 10 percent left on my battery and called my parents to say goodbye," Herber recalled. "In a 10-minute phone call, thank God they were able to get the New York City Police to my house and they kicked the door in and saved my life."

Herber served in the Army for close to five years and while in Afghanistan, the truck he was in was hit with a bomb.

"In that moment, my whole life changed," he stated.

He returned to America, his health problems consuming him as he isolated himself from the world around him.

"From chronic pain to anger to anxiety, I just decided I was done with the world and no one could understand what I was going through," he explained.

But that door kick from police saved him and he ended up in Atlanta at a program called SHARE Military Initiative with the Shepherd's Center.

"I spent 14 weeks at the Shepherd Center center and it turned my life around 180 degrees," he said.

Herber now works with the center, run by The Shepherd's Men, a group of veterans and civilians, who help raise awareness, fund raise and work with veterans with PTSD and traumatic brain injuries. The programs at the center help address their needs and veteran suicide, with over 500 veterans graduating from SHARE since 2008.

"They have a 100 percent success rate for veterans and suicide," Herber explained.

There's been a scary uptick in veteran suicides in Georgia. According to the VA National Suicide Data Report, suicides among veterans increased from 164 in 2014 to 202 in 2016.

Sen. Johnny Isakson released a statement after the two recent veteran deaths, saying he wants to "redouble efforts on behalf of veterans," including reducing the stigma of seeking treatment. Isakson added he's working with veterans affairs to make sure they have resources, but stopped short of giving details.

Meanwhile, Herber said the main thing he wants veterans struggling with suicidal thoughts to do: send up a flare.

"Send up a red flag, we are looking for you," Herber said. "We need you to raise your hand and we need you to make yourself known so you know there's help."

Since 2008, one of the initiatives with the Shepherd's Men has helped graduate 500 veterans through the program. They say they have a 100 percent success rate in helping those veterans considered suicide.

Learn more about how you can support Veteran suicide prevention efforts and access resources at www.mentalhealth.va.gov/suicide_prevention.