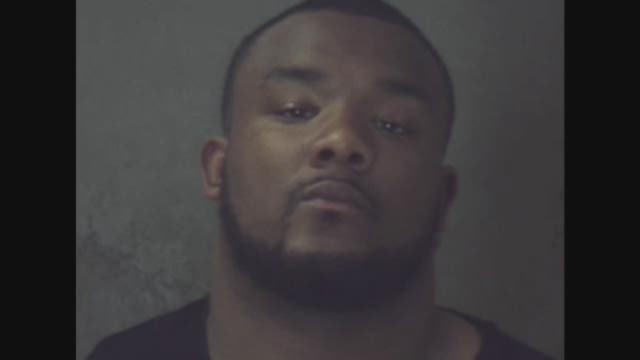 The NFL is investigating Atlanta Falcons defensive lineman Ra’Shede Hageman, who was involved in a domestic violence case back in March.

According to police reports, Hageman, 26, was charged with three misdemeanors in DeKalb County back on March 24. The charges were: Interference with a Call for Emergency Help, Battery Family Violence and third degree Cruelty to Children.

In a police report just obtained by 11Alive, the victim alleged Hageman, pinned her in a corner and pulled her hair while her young son watched. He then allegedly stole her wallet, cell phone, and ID before pushing her down in the parking deck. She told police he was angry over a custody dispute earlier in the day.

Hageman, a 2014 second round draft pick out of Minnesota, was inactive Sunday due to the team's "specific defensive plan" against the Tampa Bay Buccaneers in the season opener.

In a news conference on Monday afternoon, Falcons head coach Dan Quinn said that the team reported the arrest to the NFL back in March. Quinn said the "serious" allegations are being investigated, He said that future decisions about Hageman's playing time will be made based on football and not related to the allegations.

NFL spokesman Brian McCarthy confirmed they were investigating the incident, telling 11Alive News, "This is under review of the NFL's personal conduct policy."

In an article about the matter, the NFL states:

A baseline suspension of six games without pay for violations involving assault, battery, domestic violence, dating violence, child abuse, other forms of family violence, or sexual assault, with consideration given to possible mitigating or aggravating circumstances.

The new policy also states every club "must report any potential violation that comes to their attention whether through law enforcement, witness, a victim or other source. The responsibility to report is required and will be strictly enforced. Failure to report an incident will be grounds for disciplinary action."