Khari Joyner is part of the changing face of classical music as a graduate of the Atlanta Symphony Orchestra's Talent Development Program. The first-of-its-kind program is celebrating its 25th anniversary this year. 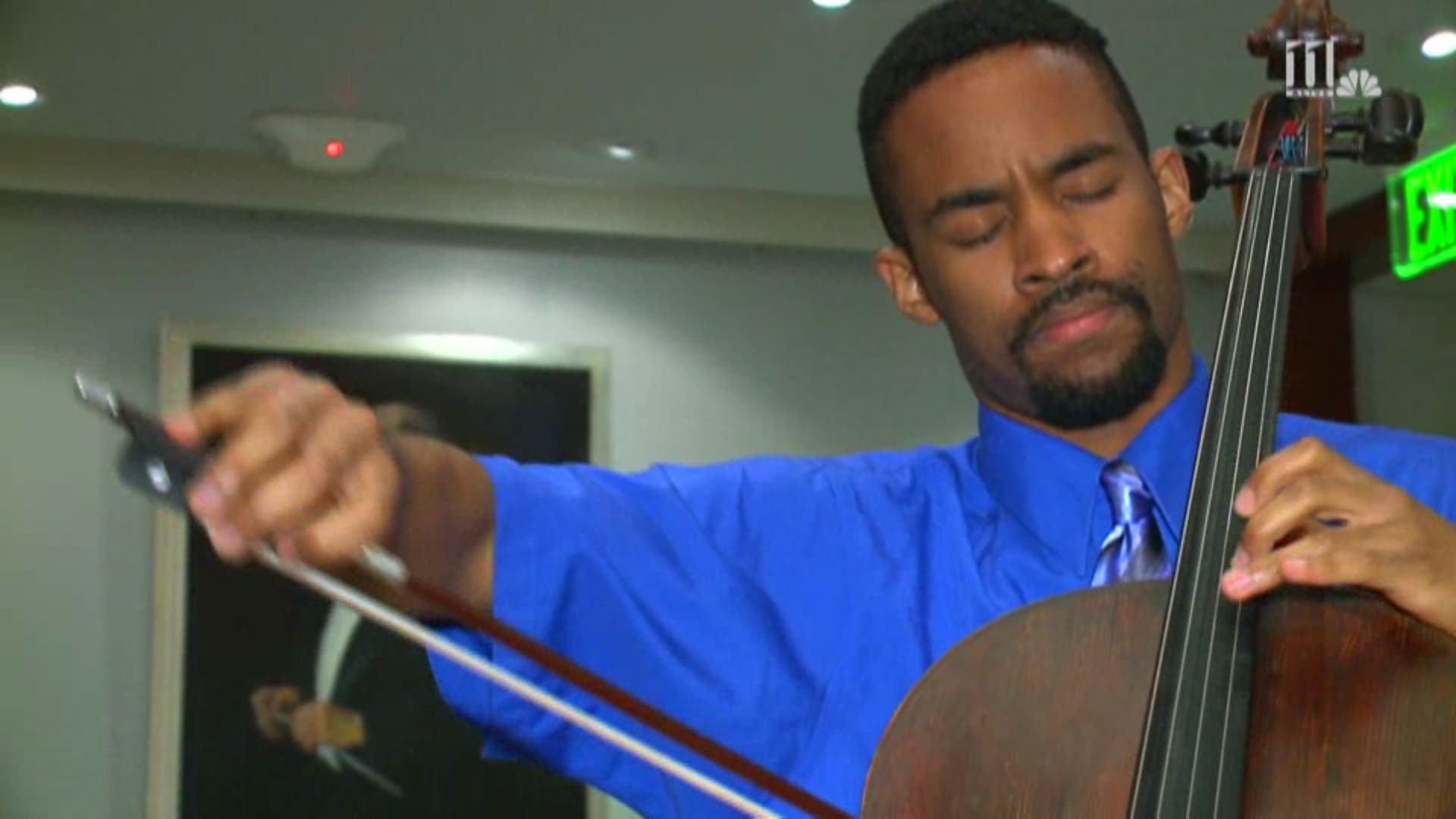 Khari Joyner, 28, was made for music.

He began playing the cello since he was 8 years old and even performed for President Barack Obama 5 years ago.

"I've been doing a lot of touring and performing, not only in the U.S. but abroad as well," Joyner told 11Alive's Jennifer Leslie. "That's been really exciting."

He is part of the changing face of classical music as a graduate of the Atlanta Symphony Orchestra's Talent Development Program (TDP).

"One of the biggest things it did was give me exposure to other musicians who looked like me," Joyner explained.

The first-of-its-kind program is celebrating its 25th anniversary this year.

"It's been so, so rewarding. Other symphonies are asking questions about how we do it," said Azira G. Hill, who helped start the program in 1993.

"I don't think there's anyone else doing it at the level we are at this point," Hill added.

The TDP is designed to encourage young African-American and Latino musicians to pursue careers in classical music since they have been under-represented in orchestras across the country.

"Many have 1 or 2 blacks or Latinos or others," Hill explained. "There's no inclusion, I would say."

Only 1.8 percent of America’s orchestral musician community is African-American and only 2.5 percent is Latino, according to the 2014 League of American Orchestras report.

"Now we have kids playing all over the world and going on to Julliard and Curtis, and they're usually going on full scholarships," said Mary Gramling, who started the TDP with Hill.

In 25 years, nearly 100 young musicians have graduated from the TDP.

Three of the six play the tuba.

The most recent class of the ASO&#39;s Talent Development Program includes six graduating seniors who earned $1.5 million in scholarships.

Joyner is completing his last year of doctoral studies at The Julliard School, where he finished an accelerated bachelor and masters program. He minored in mathematics at Columbia University.

He plans to release his first music CD in the fall.

Every year, the TDP supports 25 students in 5th through 12th grades with private lessons and mentoring from Atlanta Symphony Orchestra musicians.