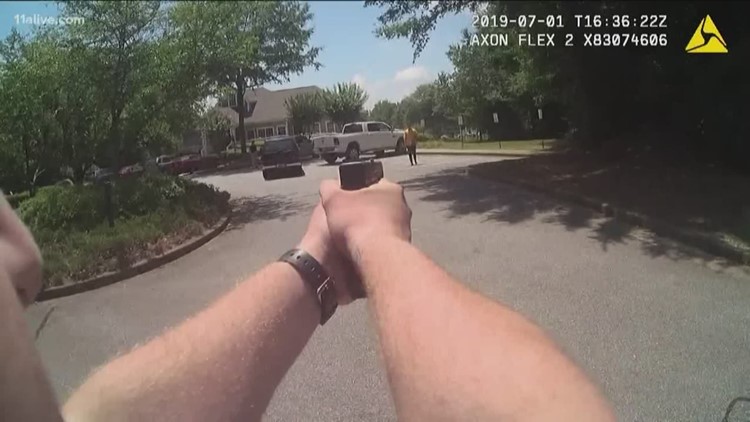 ATLANTA — Atlanta police have contracted to purchase 1700 new body cameras for every officer in the department.

Standard issue police body cams activate when an officer taps a switch.  But when Atlanta police get their new bodycams next year, there will be other activators.

They’ll record when a 911 center or precinct supervisor activates it remotely.

Every officer will have one – with the video stored on remote servers.

"With the opportunity now to have free cloud space, we’ve expanded this program so every officer in the Atlanta Police Department will have a body worn camera," said deputy chief Scott Kreher.

Atlanta police acquired the cameras in part because of criticism too many deadly police incidents were insufficiently documented.  Kreher says the new body cameras will be a big  improvement.  "This technology will really show the public the challenges that police officers go through every day," he said.

The cameras will also have GPS signals to show supervisors where an officer is at any moment.

They’ll also have the ability to send a live video signal to a supervisor who wants to watch an interaction in real time.

The storage of video on the cloud will save storage space – but it may not necessarily prevent hackers from getting to it, as they did last year.

"When we had the cybercrime attack last year, we lost a lot of information on our servers. And this time because of the cloud based, we won’t lose that information... unless the cloud gets hacked," Kreher said.

Kreher says the vendor with the $25 million dollar contract – a company called Axon --  will also have the responsibility to keep the video secure.