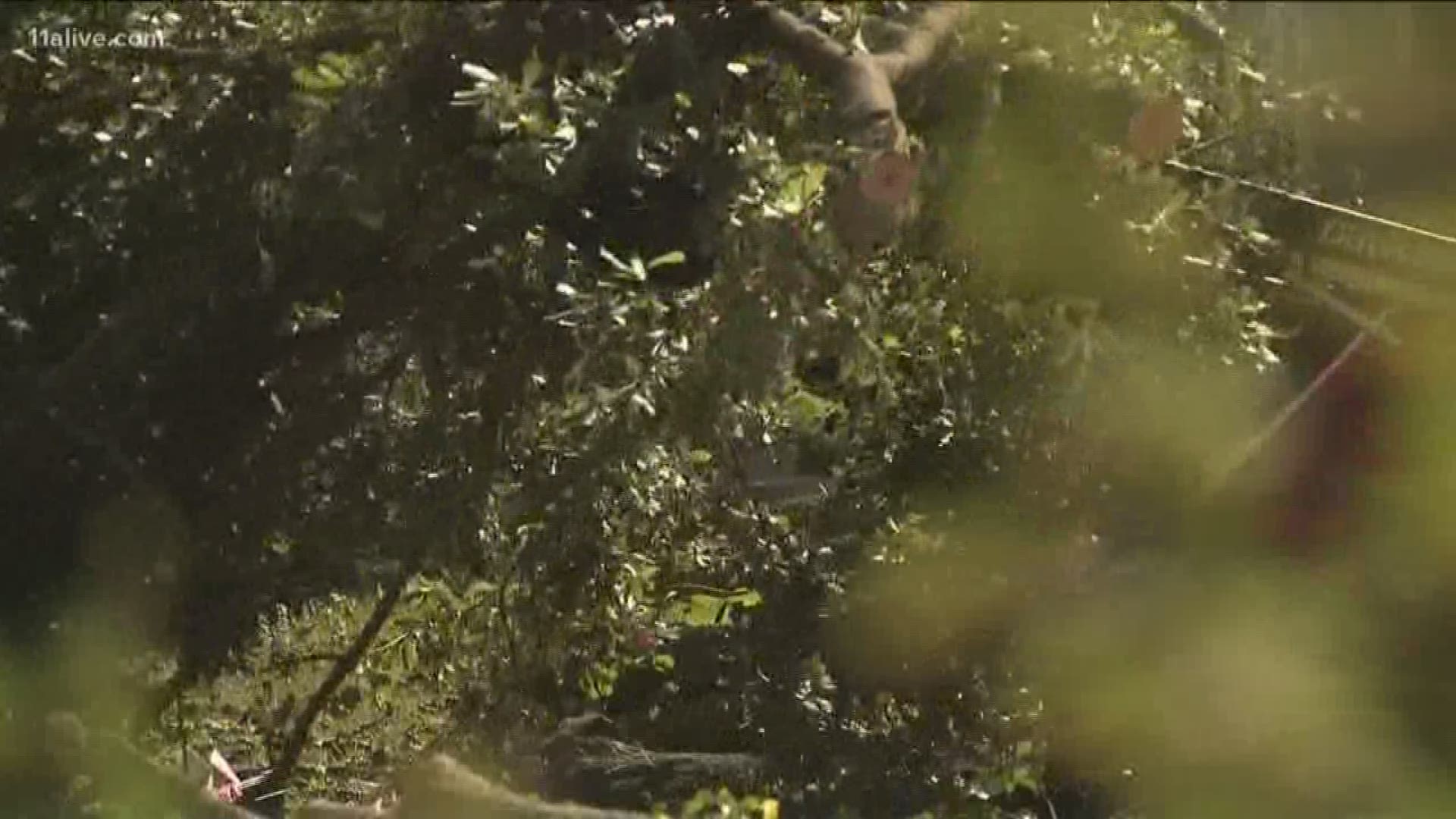 ATLANTA — One of Atlanta’s most controversial city ordinances is getting a re-write this year – and advocates are bracing for a fight.  The city’s tree ordinance may sound a little – wooden. But longtime residents will tell you about fights they’ve seen on both sides of the city’s tree controversies.

The longstanding argument over Atlanta’s trees boils down to two seemingly unbending viewpoints: Property rights versus the city's desire to protect its tree canopy.

Chad Childers sees the two viewpoints play out all the time, whenever his Loganville tree company enters the City of Atlanta – and a property owner wants to cut down a tree.

"It’s your property. You should be able to decide," Childers said.

Yet Atlanta "has the most significant tree canopy in the country," said Atlanta planning commissioner Tim Keane.  He says the city's canopy is currently at 47 percent, with a goal of getting to 50 percent.

"In Atlanta, people have strong opinions about traffic and trees," Keane said.

RELATED: 'When I see that there, I know God is real,' says man who was at church when tree fell through roof

Childers was removing two old oak trees that fell in Atlanta’s Druid Hills neighborhood. They looked pretty healthy before they tumbled away from the property owner’s house on Lullwater Road during a weekend storm, their roots apparently weakened.

If the homeowner had wanted to take them down in advance, it would have required:

"It should be up to the (property owner)," Childers said. "If you’ve got a tree –  something that can kill you by your house – it’s your property. You should be able to decide if you want it there or not."

Keane says the current tree ordinance certainly creates obstacles for property owners who want to take trees off their property.  But he says it doesn’t necessarily protect the tree canopy.

The city has been studying how to change that for the past year – with an eye on rewriting the tree ordinance sometime this year.

"We have to protect trees, but people have rights to use their property," Keane said. "So the details around that are really challenging, because everybody has such strong opinions about this."

Five years ago, city officials tried to rewrite the three ordinance and gave up. So the question is whether 2019 will be any different.