The At-Promise Youth and Community Center on English Avenue was started by the Atlanta Police Foundation as a way to reduce juvenile crime, but it's delivered so much more than that. 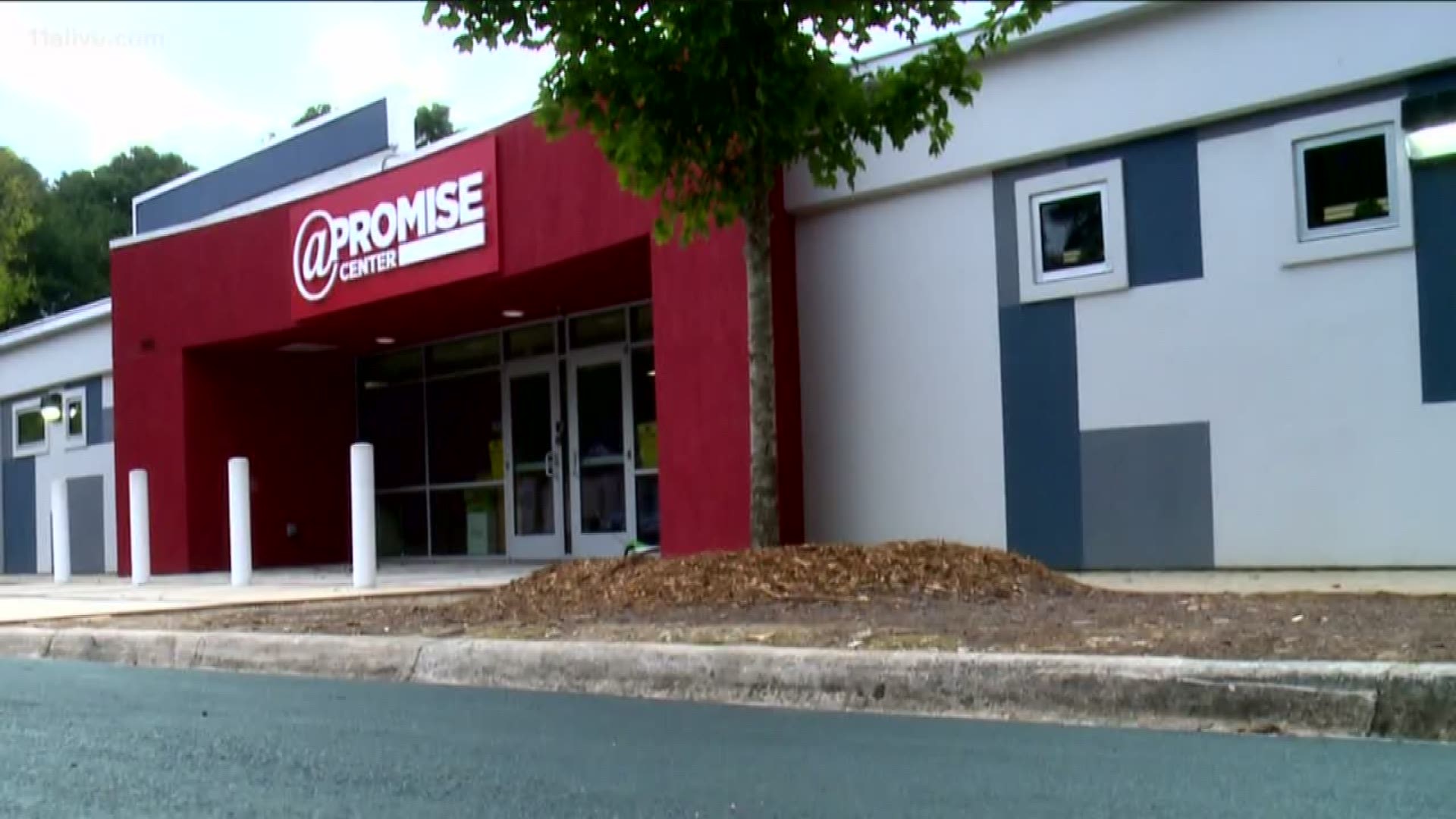 ATLANTA - There's a special place on Atlanta's Westside where teenagers can make a fresh start.

"For years, we've been conditioned to say at-risk youth," said Aaron Nicholson, Director of Youth Services and Strategy for the Atlanta Police Foundation. "But now here, we say at-promise. You have promise to do a lot."

The At-Promise Youth Center was designed to replace the phrase "at-risk."

The At-Promise Youth and Community Center on English Avenue was started by the Atlanta Police Foundation as a way to reduce juvenile crime, but it's delivered so much more than that.

"It's been a humongous upgrade," said Mariya Scholfield, who had dropped out of school and was homeless when she started coming to At-Promise last year.

Now her family has an apartment, and she's one test away from earning her GED.

Mariyah Scholfield is about to earn her GED with help from At-Promise.

"After I get my GED, I'm hoping to go to Spelman College," Mariya told 11Alive's Jennifer Leslie.

The key is collaboration. Several youth service providers have their own suites, including the Urban League, Boys & Girls Clubs, the Street Smart Youth Project and CHRIS 180.

"The beauty of At-Promise is that it is specifically designed for teens," said LaKeisha Walker, Operations Manager. "It gives the youth that we serve consistency."

The Chick-fil-A Foundation set up a cafe that serves breakfast, lunch and hot dinners five nights a week.

"It's been awesome to see the ripple effect of what's going on in the community around the building," said Jack Murphy, a director at Carter, an Atlanta-based real estate investment, development, and advisory firm.

Carter agreed to donate its expertise to the Atlanta Police Foundation to renovate a vacant school building.

The At-Promise Youth Center was a vacant school building before construction started.

"The respect the community has shown this center has been great. There's been no graffiti, no break-ins," Murphy added.

Since At-Promise opened in August 2017, it has inspired new development, with police housing going up right across the street.

"People have embraced it," Nicholson observed. "They want to help and change the trajectory of their community."

Police housing is going up across the street from the At-Promise Youth Center.

About one-third of the teens at the center come by referral from the courts, schools or police, but the majority come on their own in search of better influences.

During the first year, leaders expected to serve 150 teens. Instead, they served 377 teens.

"It really shows us the need for expanding this initiative around the city of Atlanta," Nicholson said.

The Arthur M. Blank Family Foundation provided some of the funding for the renovation. Other corporate sponsors include Georgia Power and GE.