More people in the LGBTQ community are stepping up to serve in the political arena and winning. 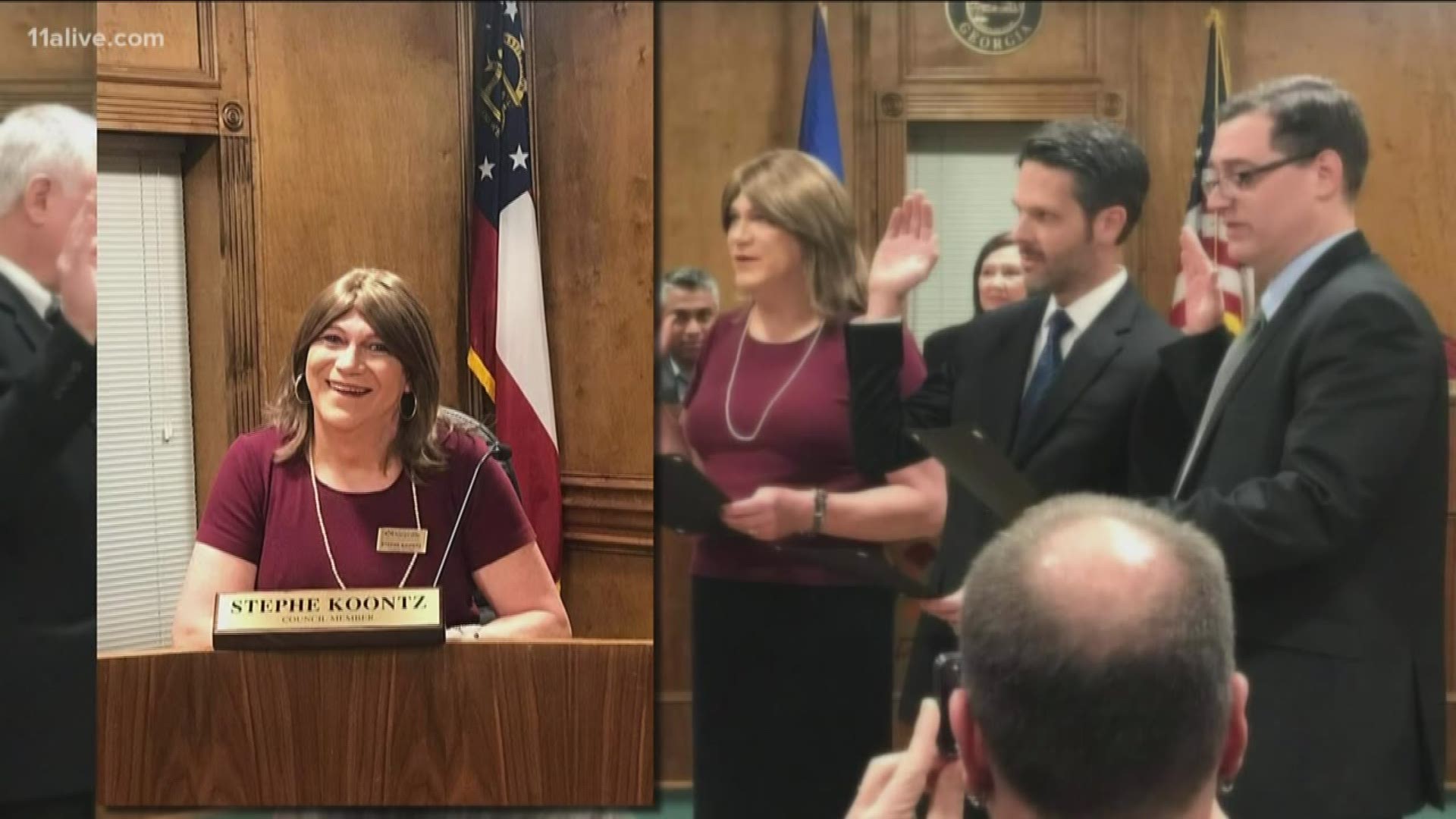 More people are putting themselves out there, stepping up to serve in the political arena and winning.

Stephe Koontz, a relatively new member of the Doraville City Council, is one of them.

Elected a little over a year ago, Koontz says she almost didn't run, taking the plunge just two days before the qualifying deadline.

"Every time that I thought that I would do it, when I would talk to political operatives, they would tell me, 'you're not electable, you're transgender, no one's going to vote for you,'" she said. "And so I just sidelined my dreams."

Koontz began to transition in the mid-1990s, stepping out of the shadows in a process that was no secret to her community, a big change from how she grew up in the 1960s, hiding herself since she was three.

"I'm very proud of my city, that when I did decide to run, that they were able to look past my being transgender and see that she might be able to be a really good representative for us," said Koontz.

More people are comfortable with the idea of a gay man or woman running the country.

In 2006, an NBC-Wall Street Journal poll found more than half of Americans polled were either "very uncomfortable" or "had reservations" about a gay or lesbian person running for president.

Asked again in 2019, a significantly higher amount said they would be "comfortable" or "enthusiastic" with a gay candidate for commander-in-chief, showing a shift in attitude across the board including among millennial and senior voters.

The Victory Institute tracks the number of LGBTQ candidates serving in political offices across the country.

Right now, the organization says about 699 LGBTQ people have been elected to political office in the U.S. and are currently serving, but that's less than a quarter of a percent of those in office.

Fourteen hold office in Georgia, with all but one in the metro Atlanta area.

There's a mayor, six serving in local governments, two judicial officers and five in the legislature.

That includes State Representative Matthew Wilson of Brookhaven, now in his first term, who ran his campaign as an openly gay man.

"We still have a lot of work to do, but the more diversity that we can have at the seat of power, regardless of what level of government that is, the better it is for the people of our state," said Wilson.

He says he feels the weight of that responsibility.

"I'm not just doing this for me or necessarily for the people of my district," said Wilson. "I also represent a community that doesn't have geographic boundaries."

Meet the LGBTQ candidates who made history in 2018

Many, including LGBTQ political advocate Dennis Collard, point to the increased number of LGBTQ people coming out to explain the changing perspectives.

Collard says support from the corporate world looking to lead in diversity and make employees comfortable, has played a big role in shifting opinion, as well as solid organization from local and national advocacy groups.

Koontz sees the changes as a way for people to better relate to those around them.

"My hope is that people that don't understand the LGBT community can see that we are just normal people," said Koontz. "We're not looking to be special. We're looking to do the normal things that straight people have done for hundreds of years."