Georgia Democrat was an advocate prior to entering Congress in January 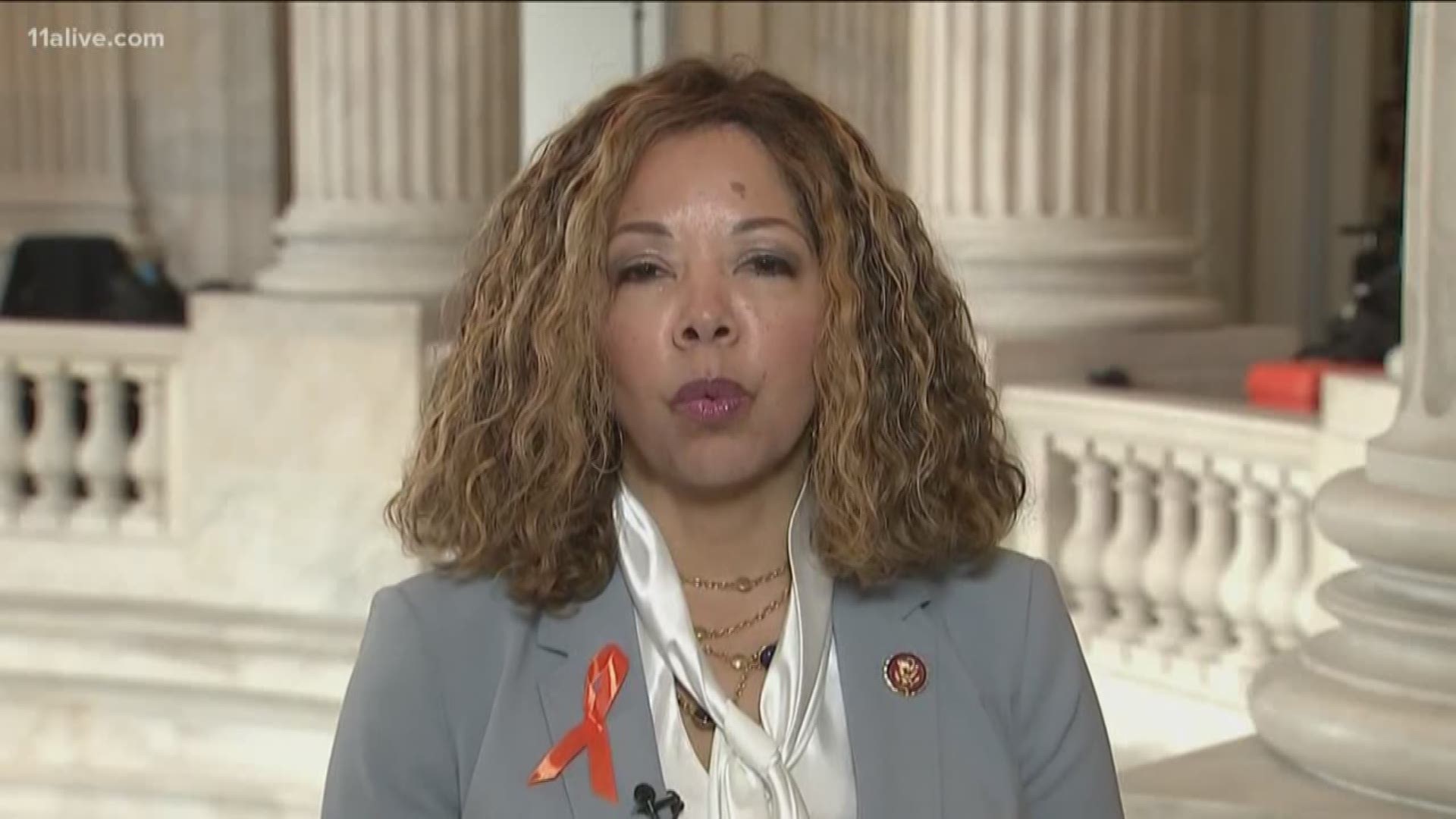 Rep. McBath was best known as an advocate for what she calls sensible gun law before beating incumbent Republican Karen Handel in November.

"Just (being) here on the one-year anniversary of the Parkland mass shooting, it just reminds me again of my own tragedy with my son Jordan,"  McBath said in an interview Wednesday with 11Alive News.

Jordan Davis was killed in 2014 in Florida after an armed man objected to the volume of the music coming from a car he was in. Jordan would have turned 24 on Saturday.

McBath said observing the Parkland anniversary and her son's upcoming birthday as a member of Congress is "bittersweet."

"Being able to have some ability to change the culture under which the Parkland children, as well as my own child was murdered under as I said, (it's) bittersweet. But it’s extremely important and I’m glad to be a part of it," McBath said.

McBath was in the room when the House Judiciary Committee met for 10 hours Wednesday, then passed a gun background check bill.

"The culture has already shifted. The fact that we have bipartisan support, five Republicans. In the history of Congress, this has never happened," McBath said.

She said she thinks the sway of the gun lobby, including the National Rifle Association, is loosening in Congress.

"I know that the NRA gun lobby has a lot of influence on the Republican party and my Republican colleagues, but I think they're going to find the sentiment of change is going to be more than they’re able to handle," McBath said. "And they’re going to have to come to the table, find some common sense solutions that keeps everyone safe."