In the long term, the group hopes POST, who is in charge of law enforcement training across the state, will agree to not certify these classes and to bring in someone who is "legitimate and trained to teach anything related to the Muslim community." 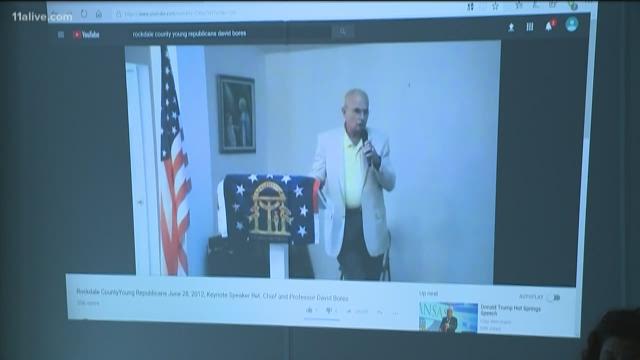 WINDER, Ga. – Multiple advocacy groups are calling for the cancellation of a law enforcement training course being held in Barrow County this week.

The course is taught by former Woodstock Police Chief David Bores who is also retired military. Barrow County Sheriff Jud Smith told 11Alive that Bores has been teaching this course to community groups and law enforcement organizations for years, teaching about Islamic extremists, and in the course Bores cites events involving extremists. 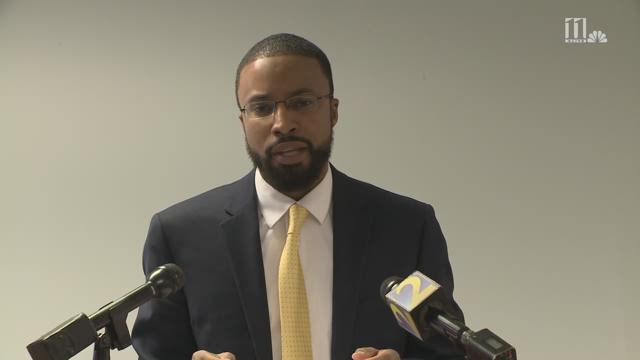 Edward Ahmed Mitchell, Director of CAIR, said in the press conference that he attended a presentation Bores made a few years ago.

“This man was so effective in teaching people to hate a religion and fear its followers that to this day I still remember some in that audience murmuring, ‘well if they, Muslims, are going to kill us maybe we should start killing them,” Mitchell said.

Mitchell said his team and colleagues gathered videos and audios and course plans from Bores' classes over the years and printed a report, containing quotes they attribted to Bores. Mitchell said he presented the report to POST, the Georgia Peace Officer Standards and Training Council, and to the Barrow County Sheriff’s Office.

“In the report, you will see, that Mr. Bores has been teaching some of the most virulent and horrible bigotry that you can image,” Mitchell said.

The report broke down various classes Bores taught from 2012 to as recently as November 2017. In the November meeting, Mitchell documented Bores delivering remarks to SONG Alliance, a Newton County organization. The title of the training was named "What We Don't Know About Mosques" and the CAIR report stated Bores said, "think of a mosque as an armory. Because mosques have traditionally been used for military purposes."

Mitchell said that, in the long term, he hopes POST, which is in charge of law enforcement training across the state, will agree not to certify these classes any longer, and to bring in someone who is “legitimate and trained to teach anything related to the Muslim community.”

“Law enforcement, I don’t want to attack them,” Mitchell said. “I think they are getting bad information and I don’t think they are the bigots, I think Mr. Bores is.”

Sheriff Smith said that during Bores’ training, Bores goes to great lengths to distinguish between Muslim terrorists and most other, peaceful, Muslims.

Smith said, "I took the class and none of that, I perceived, was bigoted.”

“We have studied other extremist groups, such as the KKK, such as neo-Nazi groups, Black Panther party,” he said. “So we want to arm our deputies with information that’s relevant to what’s going on in society.”

Mitchell said he hopes officials "will do the right thing" regarding the scheduled training.

“I think they’re trying to do their job well and I respect what they do.”

Sheriff Smith has opened the training to the public on Thursday, March 8 and said he invited the ACLU, Southern Poverty Law Center, and CAIR to attend.

11Alive News tried to reach Bores for comment Monday, but as of Monday night had not received a response.

You can watch the full press conference below: