Three main sections are planned for construction in separate phases, but currently connect the Eastside and Westside Trails as a temporary pathway. 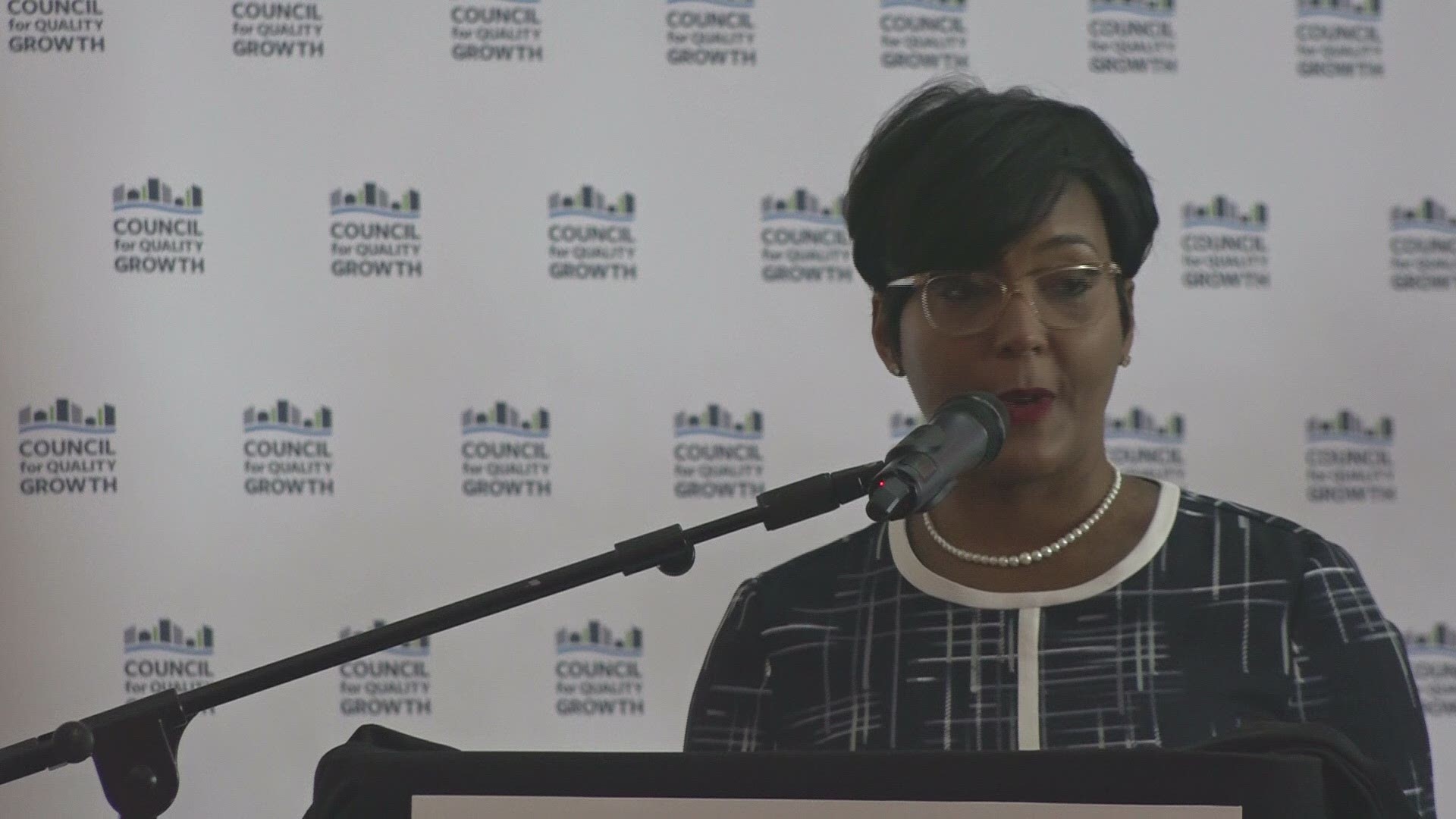 ATLANTA — The Eastside and Westside BeltLine Trails are now connected by a semi-completed Southside Trail that is open to the public, Mayor Keisha Lance Bottoms announced Tuesday.

Much of the Southside Trail will open first as a temporary gravel path, the mayor said, but the city wanted to “make it available as soon as possible because it’s such a historic link” to the rest of the BeltLine.

Speaking at a State of the BeltLine Breakfast on Tuesday at Park Tavern, the mayor said the Southside Trail will have access from 11 public streets and provide almost 12 miles of contiguous trail from Piedmont Park on the Eastside Trail to Washington Park on the Westside Trail.

“We are excited to announce that the four-mile Southside Trail is now open to the public on an interim basis,” Bottoms said.

According to BeltLine maps and releases, the full Southside Trail is set to run from I-20 on the Eastside to University Ave. on the Westside.

Various segments of that full trail are being built or in planning stages.

According to a July blog post, Atlanta BeltLine, Inc. had secured funding to construct a 0.75-mile portion from University Ave. to I-75/85 on an old industrial site where Pittsburgh Yards is being developed.

That parcel of land is known as the Annie E. Casey Foundation site, for the foundation that purchased it from UPS in 2006.

In that July announcement, Atlanta BeltLine Inc. said it “anticipates completing pre-construction design and real estate acquisitions for the entire four-mile length of the 14-foot paved multi-use trail over the next several months.”

It also noted that “funding realities necessitate the segmentation of trail construction” but that “a phased approach allows for an accelerated construction of individual segments while keeping the remaining corridor open in an interim condition.”

It incorporates two more main stretches of the Southside Trail, one of which funding has already been applied for.

The City of Atlanta applied for a $16 million federal BUILD grant last month, which would be used to construct a 1.5-mile stretch from Boulevard south of I-20, through Boulevard Heights and connecting up to the existing Eastside Trail at I-20 along Bill Kennedy Way, which crosses over the interstate.

The Bill Kennedy Interim Trail currently runs from the end of the Eastside Trail at Memorial Dr. to Glenwood Ave. across I-20. The BeltLine’s Southside Trail page says there are plans to improve that interim trail with a 10-foot-wide path protected from traffic by a concrete barrier and an extension of the path between I-20 and Glenwood Ave. protected by a low, planted median. Those are expected to be completed by the middle of next year.

The other 1.75 mile stretch would connect the rest of the pathway, from Boulevard to I-78/85 and the Pittsburgh Yards project.

Atlanta BeltLine, Inc. says that stretch is expected to be shovel-ready next year, but there is currently no funding for it.

“As soon as additional funds are identified, ABI will then be able to procure a contractor to commence construction of this final segment of the paved Southside Trail,” the organization’s July blog post said.

In the meantime, according to Bottoms, the existing gravel routes will serve as a walkable preview for the real thing.

MORE ON THE BELTLINE