Bill Clinton on opioid crisis: We should 'squeeze it until it's gone'

"If there is one thing in this country that we should be able to do together – without any partisan rancor, it should be to take this thing by the throat and squeeze it until it's gone," said Bill Clinton, speaking of the opioid crisis. 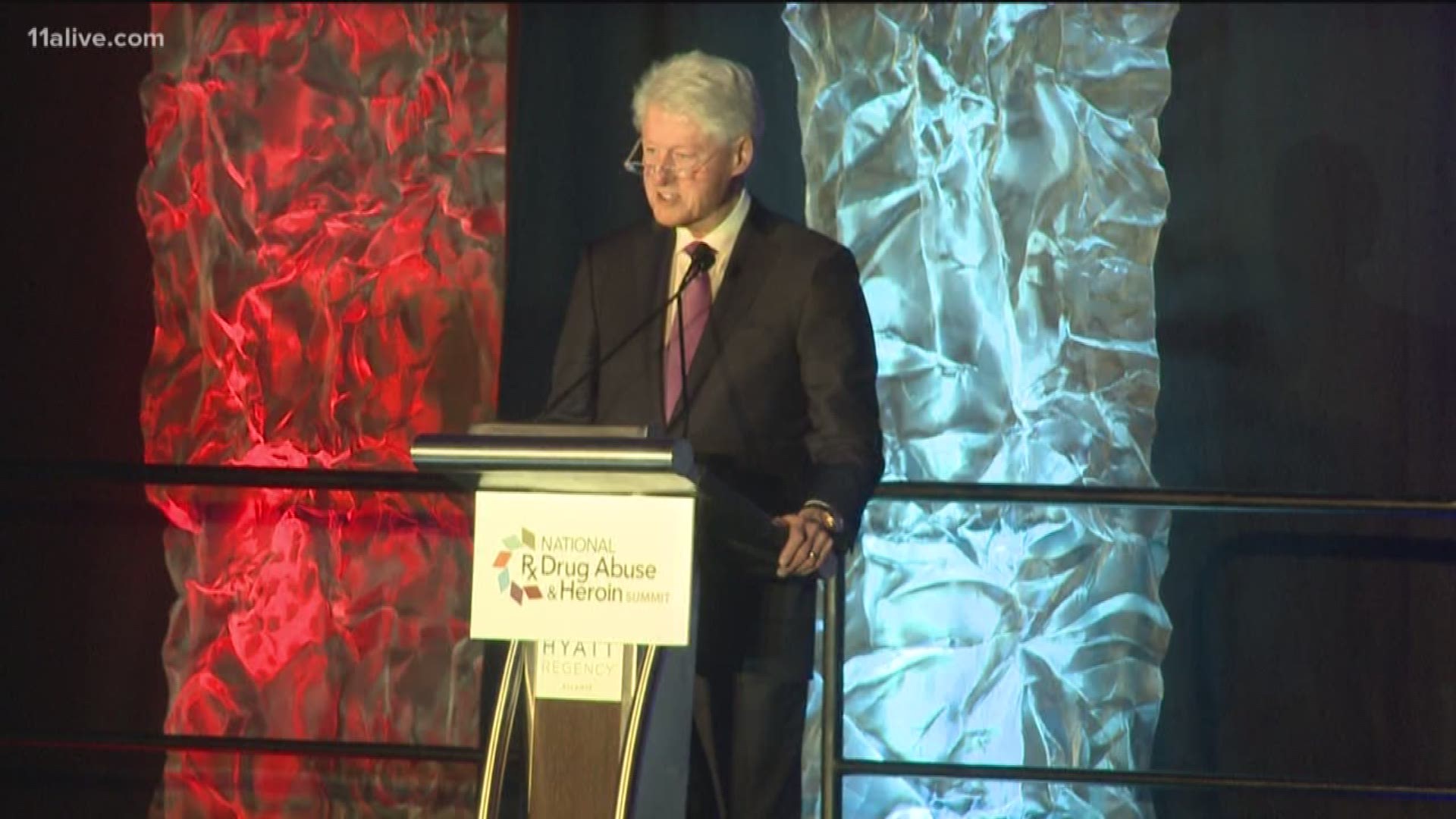 ATLANTA — Former President Bill Clinton was in Atlanta Wednesday evening to participate in the National Drug Abuse and Heroin Summit.

Clinton shared the efforts of the Clinton Foundation and some of his thoughts on the opioid crisis, with a heavy concentration on what the large community of faith in America can do to help alleviate the crisis across the nation.

"The only silver lining in this whole, miserable, heartbreaking mess is that every demographic, and every region in both political parties are being crushed by this," he said. "Hearts are being broken. Businesses are being hurt. If there is one thing in this country that we should be able to do together without any partisan rancor, it should be to take this thing by the throat and squeeze it until it's gone."

He also shared personal conversations he has had with Americans directly impacted by opioid addiction.

"He said, 'I didn't know people like you knew we existed - I'm four days out of rehab," Clinton said, speaking of one person he'd had the opportunity to sit down with. "And he said, 'Don't worry about me; I really want to live, and I'm going to live. But I think it's a real shame that you gotta be as well as off as my folks for your kid to get the kind of treatment you need to live."

WATCH the full series | 'The Triangle'

11Alive's docuseries, 'The Triangle', tracks the heroin crisis in the metro Atlanta area. You can watch the series in its entirety at herointriangle.com.