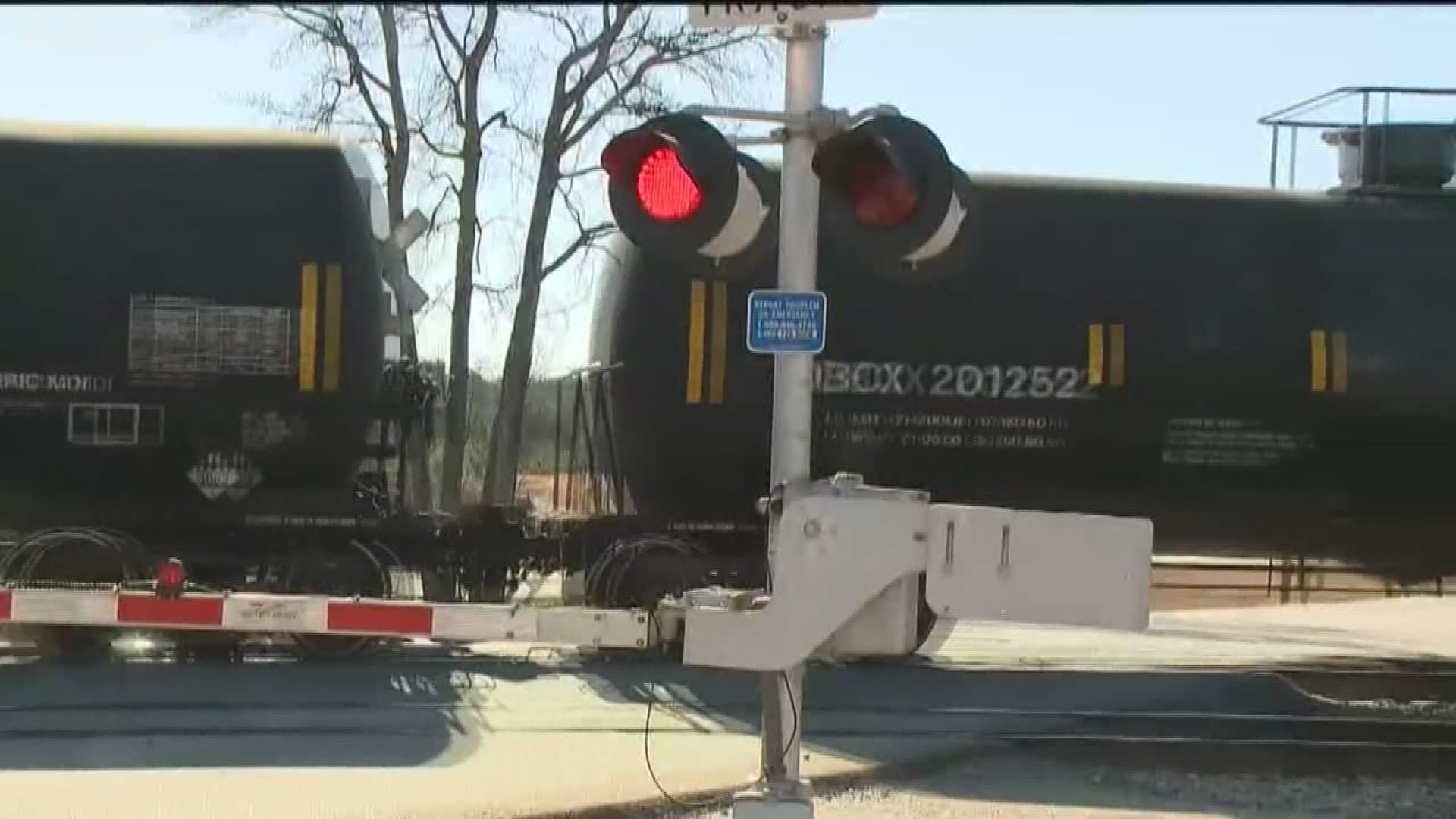 ATLANTA — A bill in the legislature would make it illegal for trains to block grade crossings for more than 15 minutes. Folks in some Georgia railroad towns say trains sometimes block crossings for days.

The relations between railroads and the towns alongside their tracks can be bumpy – and rarely more so than when trains linger motionless on tracks. Last year a train stalled on the tracks that bisect the town of Villa Rica for two straight weekends. The mayor was among the many unhappy residents.

"If you ever had to sit at an intersection when they're on the side track, it will last for 30 minutes or maybe an hour and then they're gone," Mayor Jeff Reese told La'Tasha Givens in January 2018. "But for three days it sat there with nobody in the train."

The mayor says the stalled train blocked two intersections, sometimes forcing emergency crews to respond to calls much more slowly than they should have.

"There’s plenty of room for these trains to move along and not block intersections and cause problems. For traffic, for public safety," said state Rep. Joseph Gullett (R-Dallas), the bill's sponsor.

His bill would make it illegal for trains to linger longer than 15 minutes, with exceptions for safety and circumstances beyond the railroad’s control.

At the Capitol, the big railroad companies are well represented among the many lobbyists roaming the halls and talking to lawmakers. Gullett, who is new to the legislature, says he’s already heard from them.

"They didn’t believe that it was a good bill, and I kind of expected that," said Gullett, who noted complaints from residents in Hiram, a railroad town adjacent to his district.

A statement from a CSX railroad spokesperson didn't directly address the bill, saying in part, "We work to limit the impact of our operations to the extent possible and remain in communication with communities individually to address their concerns."

That train in Villa Rica stalled last year because Norfolk Southern planned it that way when it was short staffed due to a holiday. At the time, the company apologized for "any inconvenience."

Gullett says this bill, which was only introduced this week, would put an end to that kind of planning.