The Buffalo Soldiers were six all-black units created by the United States Army after the Civil War. 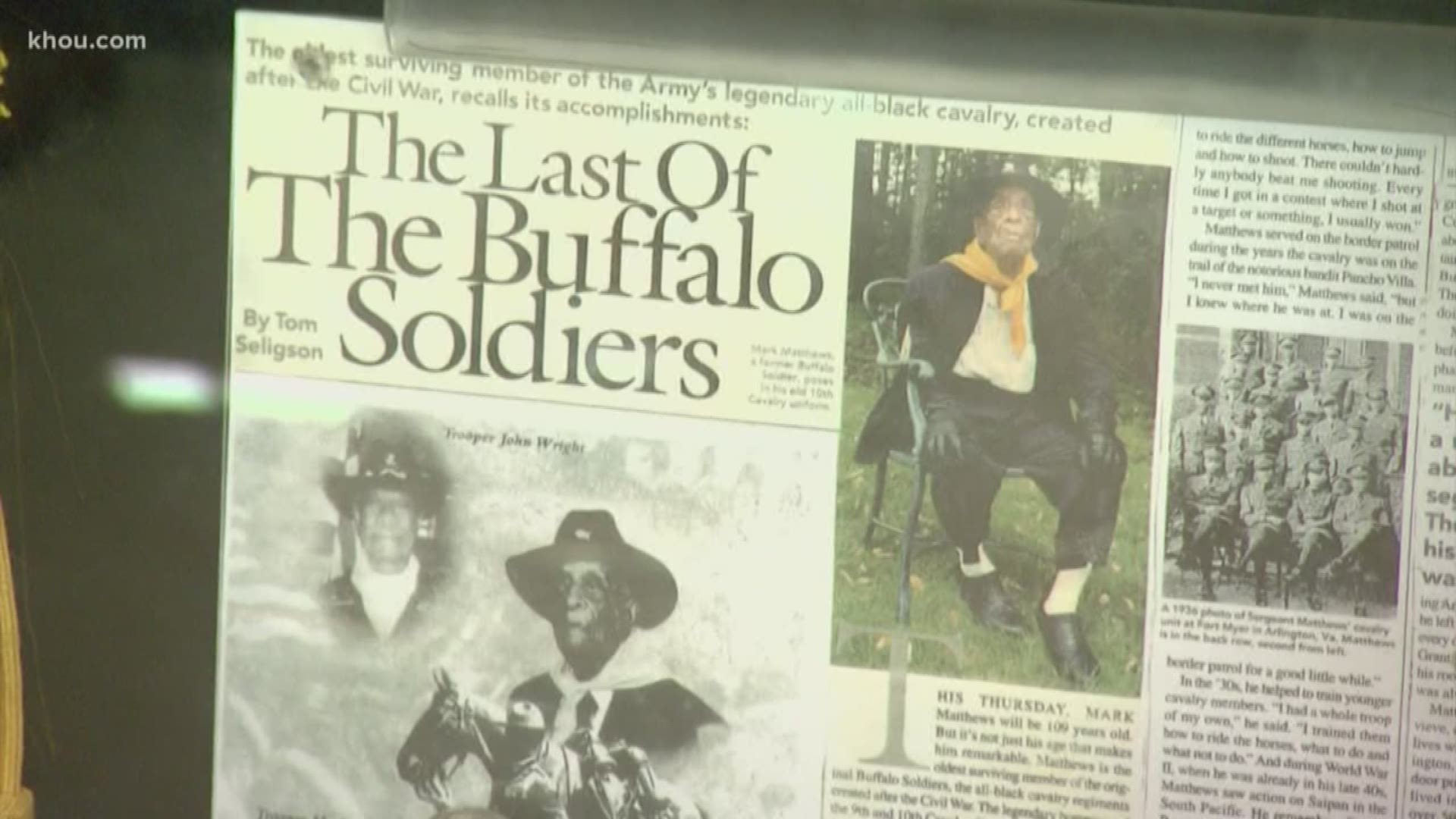 HOUSTON — KHOU is celebrating Black History Month by remembering the Buffalo Soldiers. They were six all-black units created by the United States Army after the Civil War.

Capt. Paul Matthews founded the museum in 2001 to honor the men who patrolled from West Texas to Arizona after the Civil War. They build bridges, camps, railroads and chased criminals.

They earned a reputation and their name from the Cheyenne Indians.

"They saw two things in the soldiers that they saw in the buffalo: It was their natural curly hair and their ferocious fighting spirit," Matthews said.

They put those things together and came up with wild buffalo. The term "wild buffalo" later became "Buffalo Soldiers."

Matthews first read about them while he was a cadet at Prairie View A&M in the 1960s and he started collecting memorabilia.

The museum doesn't honor only the Buffalo Soldiers, but blacks in all branches of the military, including astronauts.

Matthews said the Buffalo Soldiers paved the way for those who followed.

"They served in segregated units, but they still did their duties, because through the military they saw an opportunity to advance ... not themselves particularly, but the whole race," Matthews said.

The soldiers served with distinction guided by three principles: Honor, valor and courage.

RELATED: What is Juneteenth?

RELATED: Pearland ISD administrator who made student fill in his hair designs with a Sharpie will keep his job