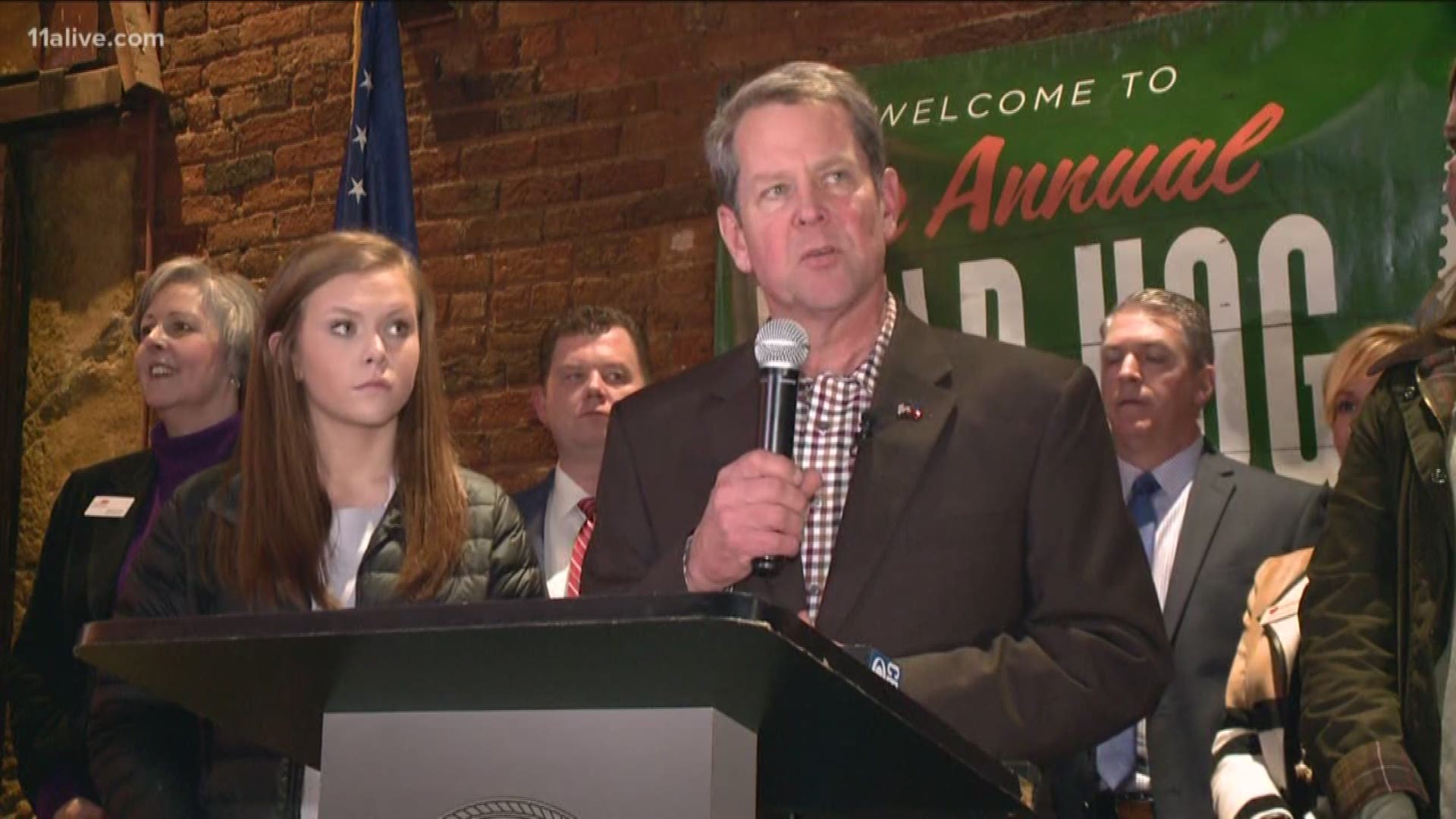 ATLANTA — Governor-elect Brian Kemp will be sworn in on Jan. 14, after one of the most controversial governors races in the country. As he prepares to take over the reigns from Nathan Deal, other lawmakers prepared for the new legislative session.

As is customary, many gather at the annual Wild Hog Supper, to celebrate the start of the state legislative session as well as support of Georgia Food Bank Association's Farm to Food Bank program.

During the event, newly elected Secretary of State, Brad Raffensberger, said he's ready to secure funding to have new voting machines across the state by the 2020 election.

Prior to the 2018 election, a federal judge expressed concern about the state's outdated voting machines.

"If we can get a machine that can get more voters through those lines faster, that’ll be something that we can look at," said Raffensberger. "We’re going to look at the best technology that’s cyber secure.”

Although Kemp briefly addressed the crowd, he didn't take questions from reporters. However, he and Department of Agriculture Commissioner Gary Black touched on helping southwest Georgia recover from Hurricane Michael that devastated the area last October.

A local bill was passed to help with hurricane relief and Black says he’s focusing on getting low-interest loans to farmers. The Commissioner also wants to push for more funding for the federal level.

“That relief is needed, so we’re going to be working with them in the coming days," said Black.

Of course, as the federal government shutdown continues, local lawmakers, such as Reps. Betsy Holland and Calvin Smyre discussed their hopes of the shutdown having a minimal impact of the state's economy. Holland added she hopes TSA can remain effective, without having to shut down the Atlanta airport.