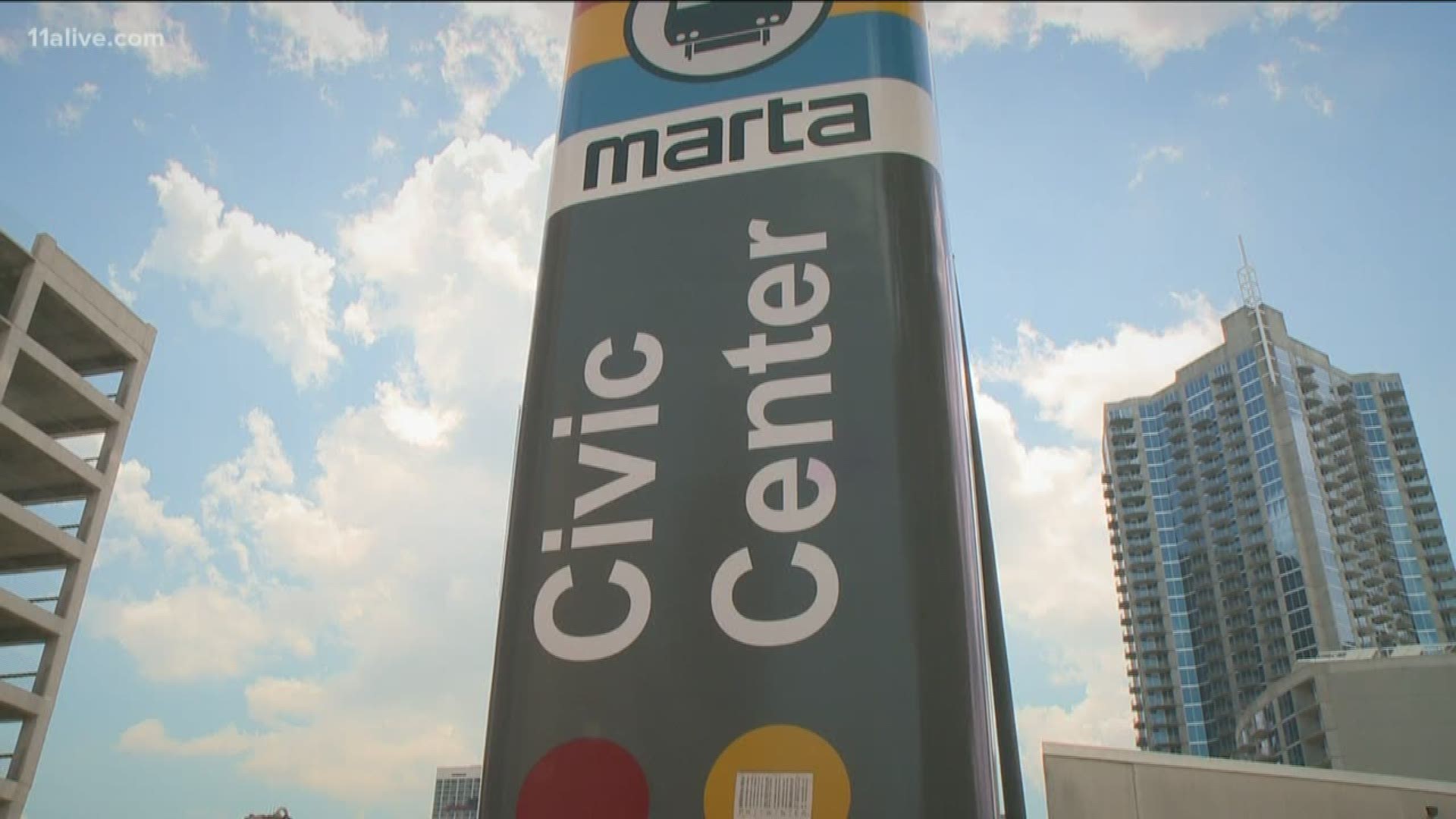 ATLANTA — As scooter deaths and bike lane protests put alternative transportation in the spotlight in Atlanta, a community group reports that MARTA ridership is also on the up in Midtown.

Citing a MARTA report, the group says the stations have seen traffic increases of 12-17 percent from 2013-2018.

That bucks both national and broader local trends – the group cites a Cato Institute report saying national public transit ridership was down 7.5 percent from 2014-2018, and MARTA’s network-wide ridership figures have mostly fallen below forecasts for the past year.

“Midtown is a unique part of Atlanta because of its transit-oriented development,” Midtown Alliance says.

According to the group, 96 percent of office buildings and 97 percent of residences in the neighborhood are within a six-minute walk of a MARTA station. There are also 65,000 jobs in the area within a 1.2 square mile zone, they say.

Overall MARTA ridership exceeded its monthly forecast in May for the first time in a year.

The Midtown Alliance credited much of its corridor's growth to the North Avenue station, and a shuttle that runs between that stop and Ponce City Market.

Warrant: Braves stadium worker threatened to 'shoot everyone there' and 'blow up the place'