"Any students found with vaping devices or oil will be treated as if they are in possession of felony-level marijuana CBD and THC oil," the letter said. 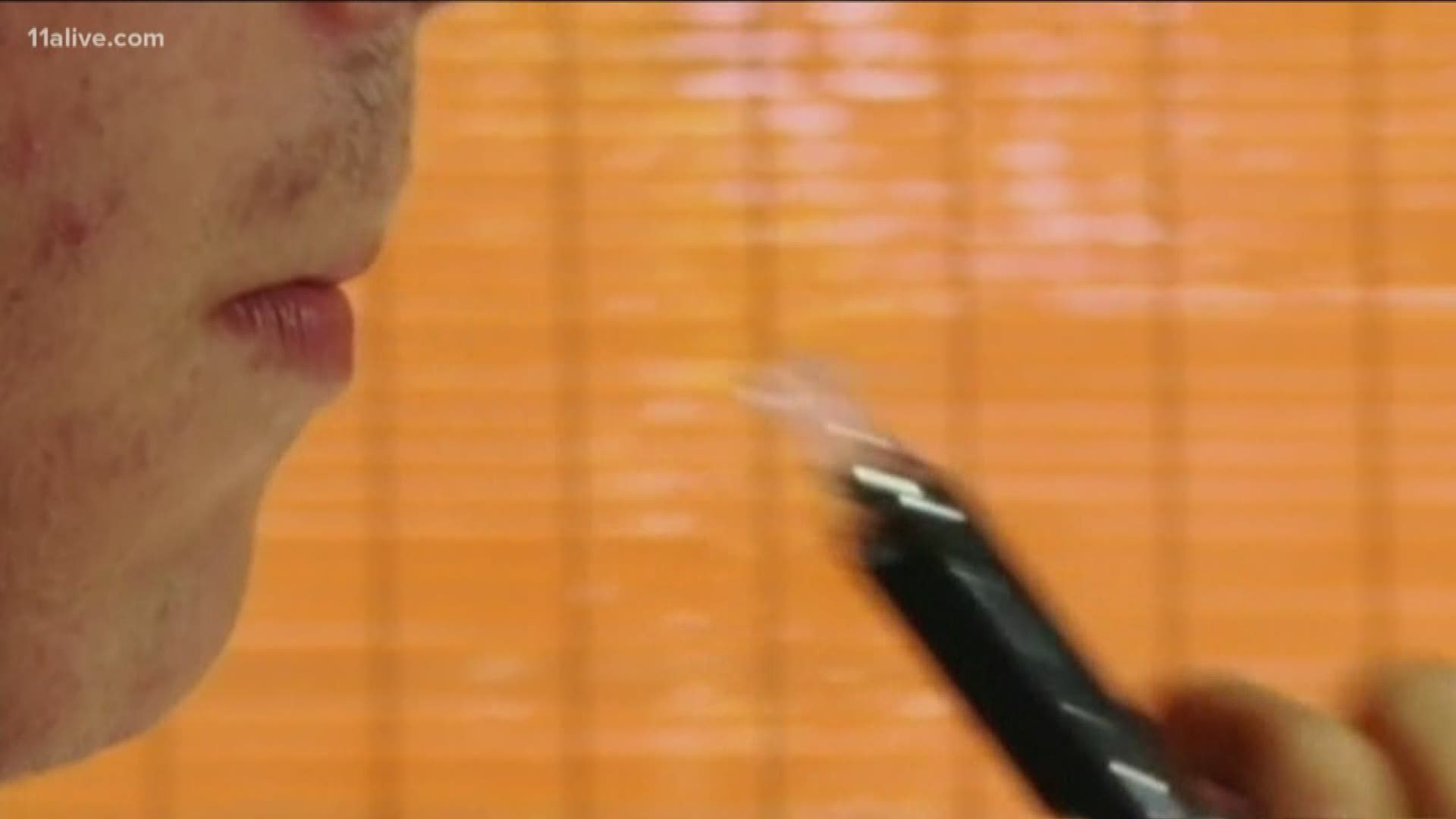 To combat the problem of the rising number of students using vaping devices, the Cherokee County School District will enforce a new zero-tolerance policy.

The district already prohibits them on campus; the new policy has more serious repercussions for those who disobey it.

The district sent a letter to parents after the school board unamiously approved the anti-vaping policy for the upcoming school year.

According to the Centers for Disease Control and Prevention, e-cigarettes are the most commonly used tobacco product among U.S. middle and high school students.

The CDC also said some e-cigarettes don’t look like tobacco products, so some kids use them unnoticed in schools, including in classrooms and bathrooms.

RELATED: Verify: What we know about the risks of vaping

"Any students found with vaping devices or oil will be treated as if they are in possession of felony-level marijuana CBD and THC oil," the letter said. "Punishments will include immediate external suspension from school, long-term reassignment to an alternative school and possible expulsion."

For students who are caught with the devices, they will have to prove that their devices and oils don't contain marijuana-derived CBD and THC oil in order to avoid the most serious punishments.

"Students are becoming ill, overdosing, having seizures, passing out and requiring 911 response and hospitalization due to vaping," the letter reads. "Students are encouraging classmates to try their devices at school and are using devices in shared spaces such as restrooms … further expanding the number of students negatively impacted by vaping."