As students return to school, there is now little talk about the events that put Clayton County in the national spotlight 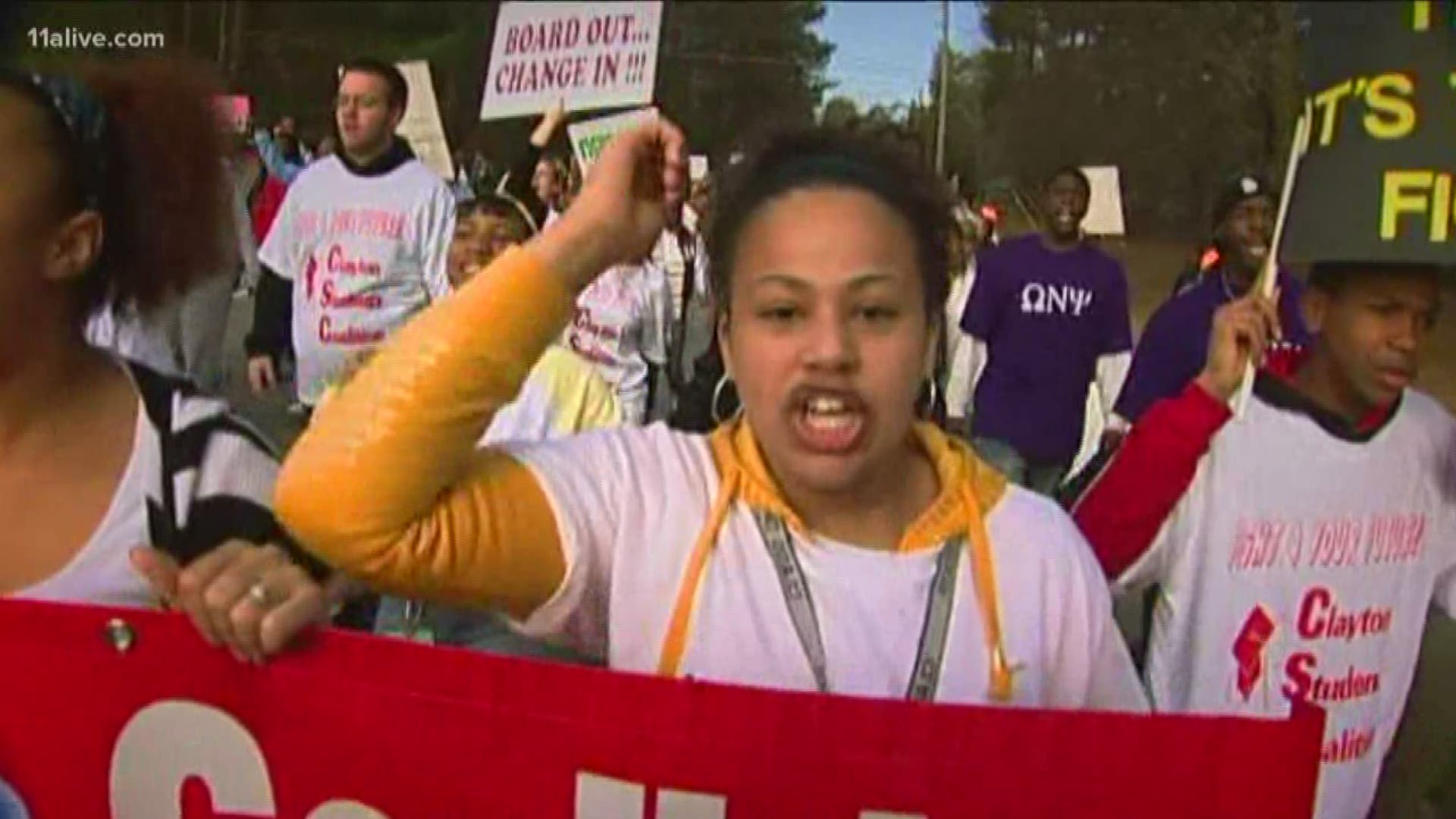 ATLANTA — As students in Clayton County return to school, there is little talk of the challenge that put the area in the national spotlight more than a decade ago.

When Genetta Reeves gathered with friends for a reunion of Jonesboro High’s class of 2009 recently, it was never mentioned.

In 2008, the Southern Association of Colleges and Schools yanked Clayton County’s accreditation, calling the school board “dysfunctional.” There were accusations of micromanaging and abuse of power.

Students feared they would be the ones to suffer. More than 4,000 of them left.

“It seemed people started leaving quickly,” says Reeves. “That was saddening to me.”

Reeves graduated from Jonesboro High School in 2009, attended Howard University, and now works as a teacher.

The school board that was at the center of the controversy has been replaced.

Moorcease Beasley is entering his third year as Superintendent of Clayton County Schools. He says the relationship between his office and the current board is free from dysfunction.

Beasley maintains a blog where he clarifies any questions or concerns from students and parents.

“We want individuals to know this is a very transparent administration and we don’t have to hide the work,” says Beasley.

Genetta Reeves says the ordeal so long ago helped her mature.

“It taught persistence and tenacity,” says Reeves. “It taught me to be more informed on my own.”

The system and its students have moved on, and are ready to close the book on a faded piece of history.

MORE ON BACK TO SCHOOL

Why aren't school and work hours the same?

'We have a resource we didn’t have before': How are metro Atlanta schools spending nearly $69 million security grant?