The Yellow Jackets (2-3 in ACC play) suddenly have life in the Coastal division race, thanks to a road blowout of Virginia Tech. 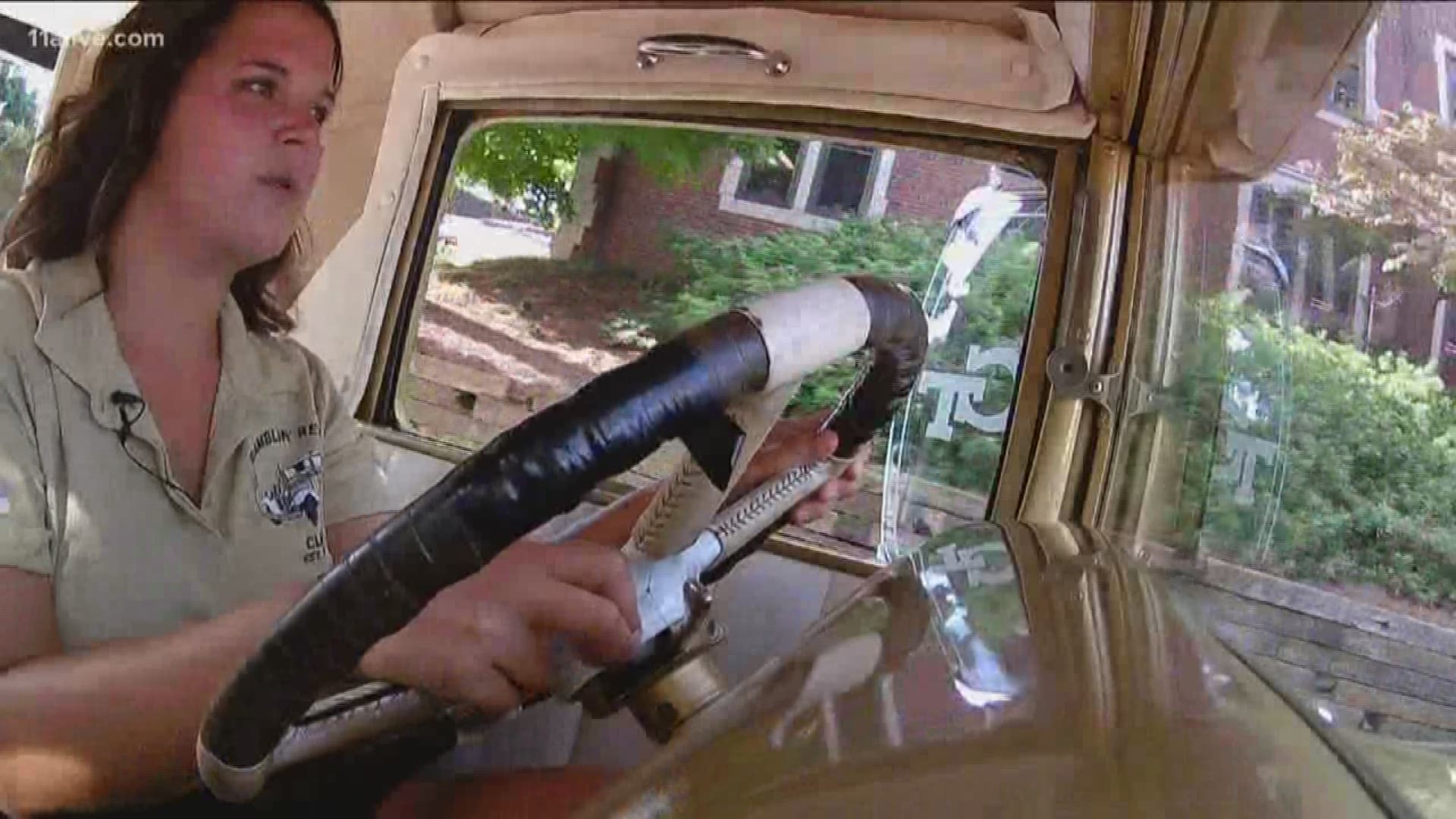 The Yellow Jackets looked disheveled early on, surrendering three quick touchdowns to the Hokies; but for the game's final 35 minutes, it was all Georgia Tech in a rout..

How bad were things for Virginia Tech?

a) At some point during the third quarter, ESPN flashed a cool in-game stat, revealing how 40 of Georgia Tech's 41 plays involved the run.

And when the final scoreboard read 'GA TECH 49, VA TECH 28' ... the Yellow Jackets had absurdly upped the one-sided run/pass ratio to 78-1.

b) A few minutes later, on the heels of Jordan Mason's 14-yard touchdown run for Georgia Tech, ESPN panned to a wide shot of Lane Stadium, which was roughly 30 percent full at this juncture.

And keep in mind, there was still a full quarter left to play.

Put it all together, and it might have been one of the most impressive road victories this season, especially since the Yellow Jackets looked sluggish in a home loss to Duke two weeks ago.

But it's funny how everything changes with a single road surprise.

As such, those sports-radio catcalls for Paul Johnson's head (I've never understood this short-sighted rationale) ... have suddenly been replaced with optimistic projections of a decent bowl around the holiday season.

Which brings us to this: 11Alive Sports serves up a realistic path for Georgia Tech winning the ACC Coastal Division and subsequently earning a spot in the ACC title game (Dec. 1 in Charlotte, N.C.).

For the time being, we'll keep things simple with this breakdown, presuming only one or two Coastal programs holding the division lead on Nov. 24.

Simply put, G-Tech must win out from this point forward, knocking off North Carolina (next Saturday), Miami at home (Nov. 10) and Virginia (Nov. 17).

CLEMONS: Updated bowl projections for the SEC and UGA

If this occurs, the Yellow Jackets would then own head-to-head tiebreakers over Virginia Tech, Miami and Virginia.

Conversely, in the event of a 5-3 tie for Coastal supremacy, Duke and Pitt would possess the head-to-head tiebreaker over Georgia Tech.

The good folks at Boston College certainly helped the Coastal contenders, by virtue of the Eagles' Friday night victory over Miami.

As such, Georgia Tech might not have a preference for the Miami-Virginia Tech winner, when the powers face one another on Nov. 17 (in Blacksburg).

@ADavidHaleJoint Thought you might appreciate this...the most appropriate ending for the acc coastal is still possible. The fabled 7 way 4-4 tie. pic.twitter.com/q97XUxhuYy

It's a simple proposition for the Yellow Jackets: Win out from here, including the Miami game, and the Hurricanes would then be neutralized as a threat for the division crown, at least in a head-to-head tiebreaker situation.

UVa (Coastal co-leader) would need to lose to either North Carolina or Virginia Tech in the coming weeks, setting the stage for Georgia Tech's presumed victory over the Cavaliers on Nov. 17 (in Atlanta).

As mentioned above, Georgia Tech would need Pitt to falter down the stretch, given its tiebreaker edge.

Is this a doable request? Tough to say.

The Panthers were swamped by Penn State (51-6) and UCF (45-14) earlier in the season, but a narrow road loss to No. 5 Notre Dame and thrilling upset of Syracuse suggest Pitt could be legitimate in the Coastal race.

On the flip side, Pitt likely has the toughest remaining schedule among Coastal contenders–with road trips to Virginia (Nov. 2) and Miami (Nov. 24), along with tough home outings versus Duke (Saturday) and Virginia Tech (Nov. 10).

The only cakewalk on the docket: A roadie with Wake Forest (winless in ACC play).

Even with Thursday's home debacle, Virginia Tech still controls its own destiny in the Coastal division.

Beat Boston College, Miami and UVa at home, plus one quick trip to Pitt (Nov. 10) ... and the Hokies will be playing for the ACC title.

Of course, it's fair to wonder if Virginia Tech would even be Vegas favorites for the four remaining games.

Why is that? Well, Georgia Tech rushed for 465 yards and racked up multiple touchdowns in three separate quarters.

This might be a good blueprint of success for future VaTech opponents.

The Blue Devils shouldn't be considered realistic contenders for the Coastal title–as a 5-3 champion–citing one big reason:

Unfortunately, Duke drew the short straw with scheduling, serving as the only ACC Coastal team with trips to Miami and Clemson.

And for those with short memories ... it's been 42 and 38 years, respectively, since Duke walked away with road wins over Clemson and Miami.