'Guns are not the way' | 21 Savage inspires students at 'Guns Down, Heads Up!' event

The Atlanta rapper and humanitarian spoke to Fulton County students on Tuesday. 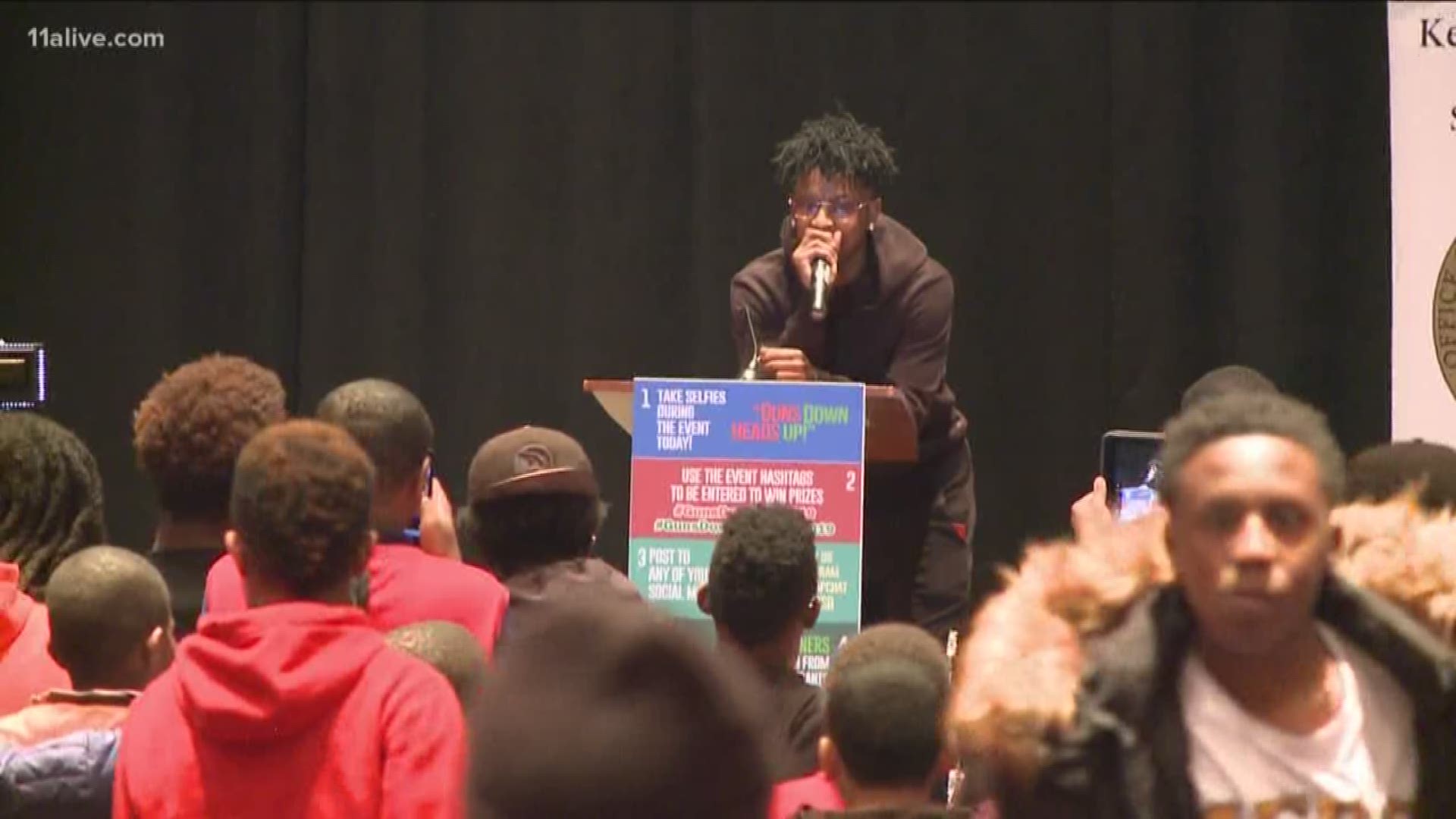 ATLANTA — Atlanta rapper and humanitarian 21 Savage sent the message to hundreds of Fulton County students on Tuesday that "guns are not the way."

Speaking at a "Guns Down, Hands Up!" event in College Park, the artist spoke to youths about his own life experiences and his hopes for them to avoid some of the troubles he faced.

In one moment that drew a rise out of the audience, a student referenced a song from earlier in his career, "Thug Life," during a question-and-answer session.

"How you gonna do me like that?" he asked, laughing. "I was just rapping about what I see in my life. Today I'm a changed man, follow who I am, not who I was yesterday."

The event also saw the students recite a peace pledge, vowing to keep their communities safe.

21 Savage said he connected with young people who feel like it might be impossible to escape a cycle of social neglect and violence.

"Lot of struggles in my life, I've dealt with a lot of the same things you are going through today," he said. "Stay out of the way, do the right thing. It's a sense of calm and it can change your life."

The artist is spreading his story as he continues to fight a deportation case held up among thousands of others in the Atlanta immigration court backlog.

He's currently unable to leave the U.S. to tour internationally or travel otherwise, as he awaits a court date. His lawyer Charles Kuck told 11Alive earlier this month that the "immigration court system is in complete meltdown."

21 Savage himself told the Associated Press in October he feels the system is punishment for young people who had no agency in determining how they would come to America or not. He wants to see the rules allow for people in situations like his to become naturalized.

"I feel like we should automatically become citizens," he said. "When you're a child, you don't know what's going on. Now, you grow up and got to figure it out. Can't get a job. Can't get a license. I'm one of the lucky ones who became successful. It's a lot of people who can't."