Arabia Mountain High School graduate Arantza Peña Popo beat hundreds of thousands of other students around the country for the honor. 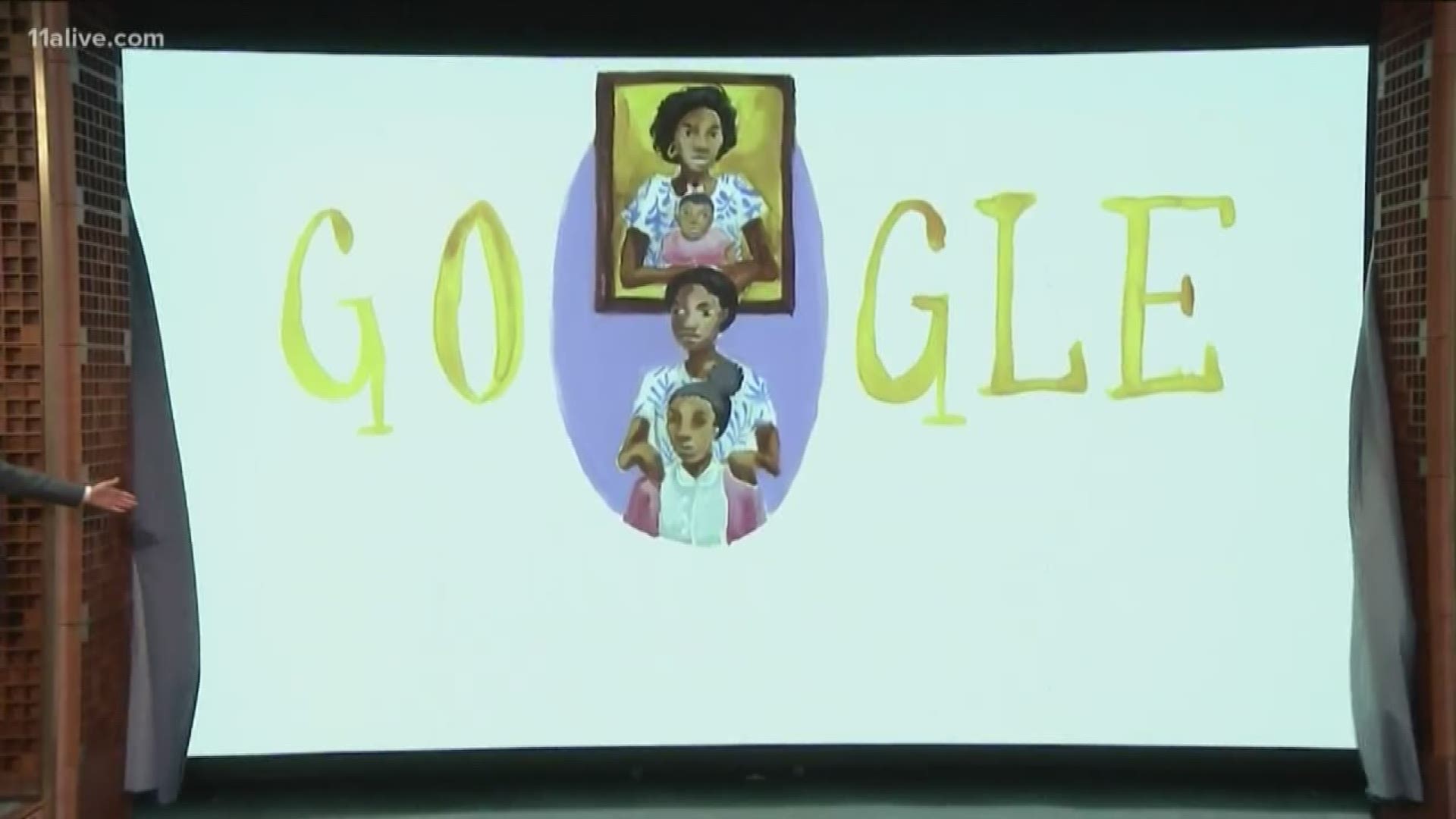 Her artwork is currently featured on the front of Google’s homepage and placed in the upper lefthand corner of search results – pages seen billions of times a day.

Popo appeared on “The Tonight Show” with Jimmy Fallon on Monday night as she was announced as the winner.

She will get $30,000 scholarship toward her college education and Arabia Mountain will get a $50,000 technology package, according to Google.

She is set to use that scholarship to attend the University of Southern California this fall, where she'll study graphic design.

The piece is titled: "Once you get it, give it back," according to Google.

“When I grow up, I hope to care for my mom as much as she cared for me my entire life,” Popo wrote in her contest submission.

According to a Google post for the Doodle, the illustration was based on a real picture in her house of her mom holding her sister. The piece depicts her in the future, caring for her mother in her older age.

"When I grow up, I hope" was the theme of the contest.