Henry Sayler wants you to be a part of his elaborate history. 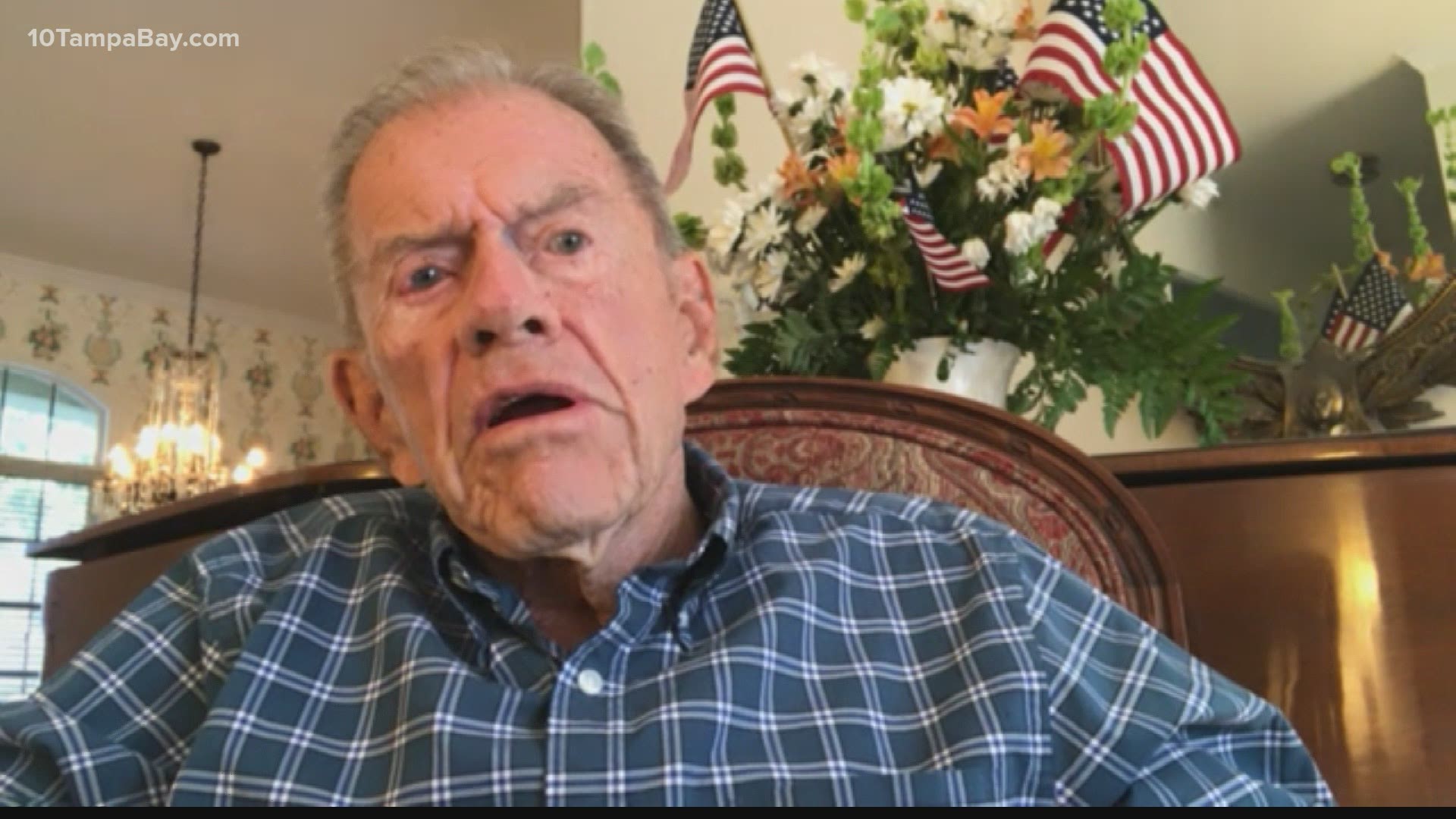 ST. PETERSBURG, Fla — World War II veteran Henry Sayler is turning the big 100 this weekend, and you're invited to help celebrate this local hero with a drive-by parade!

Over the last hundred years, Sayler has led quite the life. He was a West Pointe graduate, something he calls the biggest highlight of his life. His father was also a graduate and classmate of President Dwight D. Eisenhower.

Hayler also served in the Florida Senate and as a member of former President Ronald Reagan's presidential campaign. While he worked for six presidents, Sayler didn't spend much time in the White House.

"I was usually out in the field with them, so to speak," Sayler said. "Or he would be down in Florida. I think all presidents like to come to Florida and we like to greet 'em!"

Sayler is full of stories, though he jokes he's just "full of prunes." He served as a fighter pilot in WWII before the Air Force became its own branch of the military. In fact, Sayler was there when his boss hired Charles Lindberg (yes, that Lindberg) to help establish the force.

"The Air Force was about to become a separate member of the armed forces. Lindberg, he traveled around the world for about a year for us and came back with all kinds of suggestions," he said.

The biggest of which, Sayler says, was providing housing for the airmen.

Sayler also recalled the month he spent in Germany after the war, where he and millions of fellow servicemembers were waiting to make the trip home to the U.S. During that time he came upon the Eagle's Nest, better known as Hitler's Hideout. He remembers throwing the furniture and china inside off a cliff and discovering train cars of stolen artwork at the bottom of the mountain.

"There was nobody guarding it, nobody looking after it, not a soul in sight. I wonder why I didn't pick up a souvenir somewhere but I didn't," Sayler joked.

Now Sayler wants you to be a part of his incredible history.

St. Pete firefighters and police officers will be in attendance at the birthday drive-by parade to celebrate Sayler's life at 12:15 p.m. Saturday at Northshore Park.

Anyone who is interested in joining the celebration is encouraged to bring American flags, birthday signs, balloons or a birthday card, if possible.

As for what's planned for the next 100 years?

"I was afraid you'd ask that!" Sayler laughed. "We'll just have to wait and see."