6-year-old, Blake wore a friendship t-shirt to his first day of class at North Fayette Elementary. 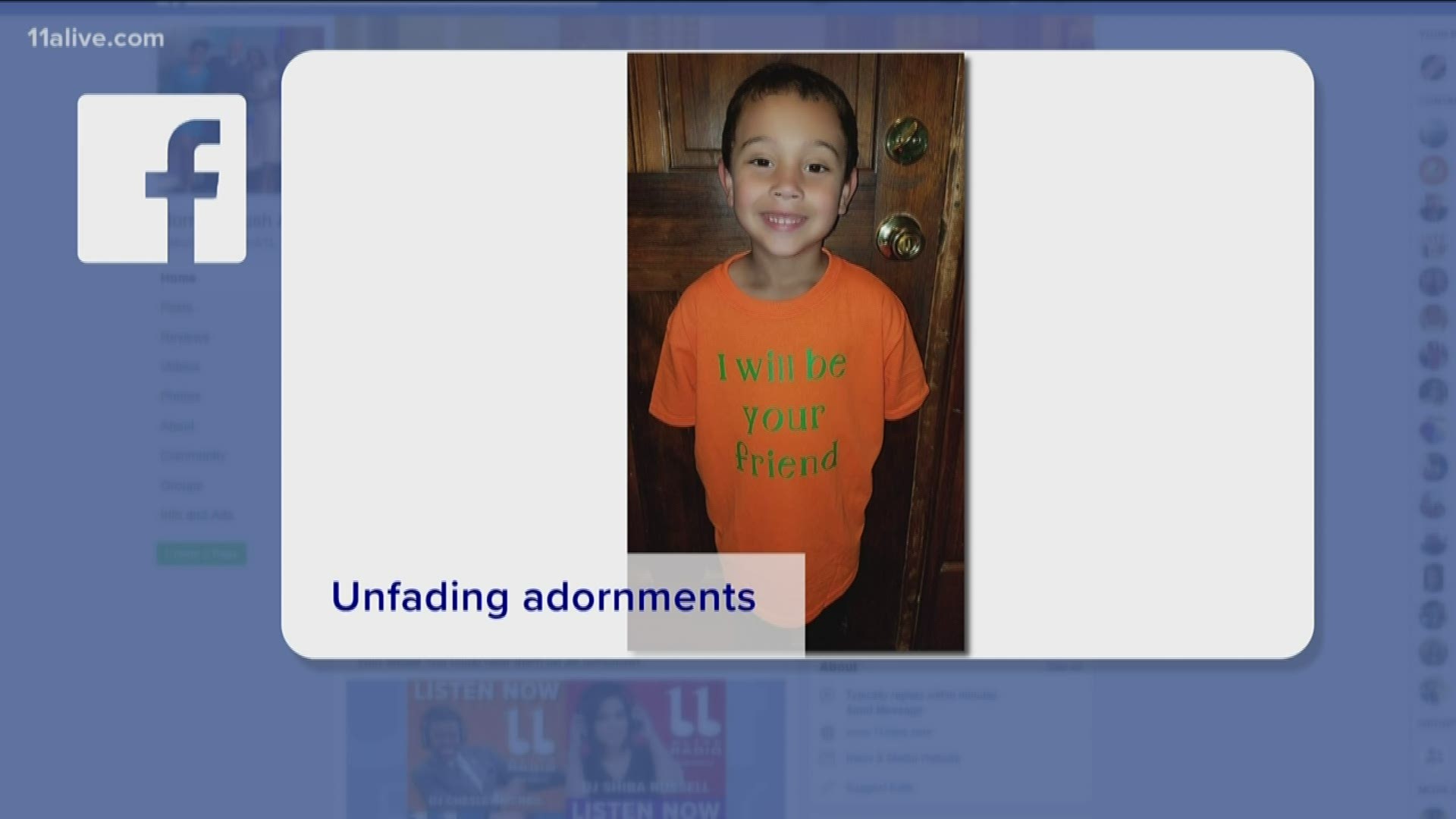 FAYETTE COUNTY, Ga. — Blake Rajahn walked into North Fayette Elementary on the first day of school like most kids: with brand new clothes for the new year.

But his new T-shirt was not the typical basketball jersey or button-down boys his age usually have.

Blake wore a shirt his mother made him.  A shirt with a message.

The shirt is a flattering orange with green words that say, "I will be your friend."

After starting her own personalization business earlier this summer, Blake's mother, Nikki, told him that she would make any kind of shirt he wanted for the first day.

Nikki said, "I told him that as a back to school gift, I will make him any shirt he would like. It could have anything – a basketball theme, football, whatever. He thought a while and said, 'Will you please make me a shirt that says 'I will be your friend' for all the kids who need a friend to know that I am here for them?"

According to his mother, Blake has experienced bullying and hard times at school before, and simply wants other children to know he's there for them.

Blake says, "I want to make sure that kids that are are bullied know they have a friend already."

Her son hopes that "more and more people find friends" on their first day with the help of the shirts.

11Alive will keep in touch with Blake and his family to let you know if his shirt helped him make any new friends.