Aaron was remembered Wednesday for his remarkable philanthropy and generosity. 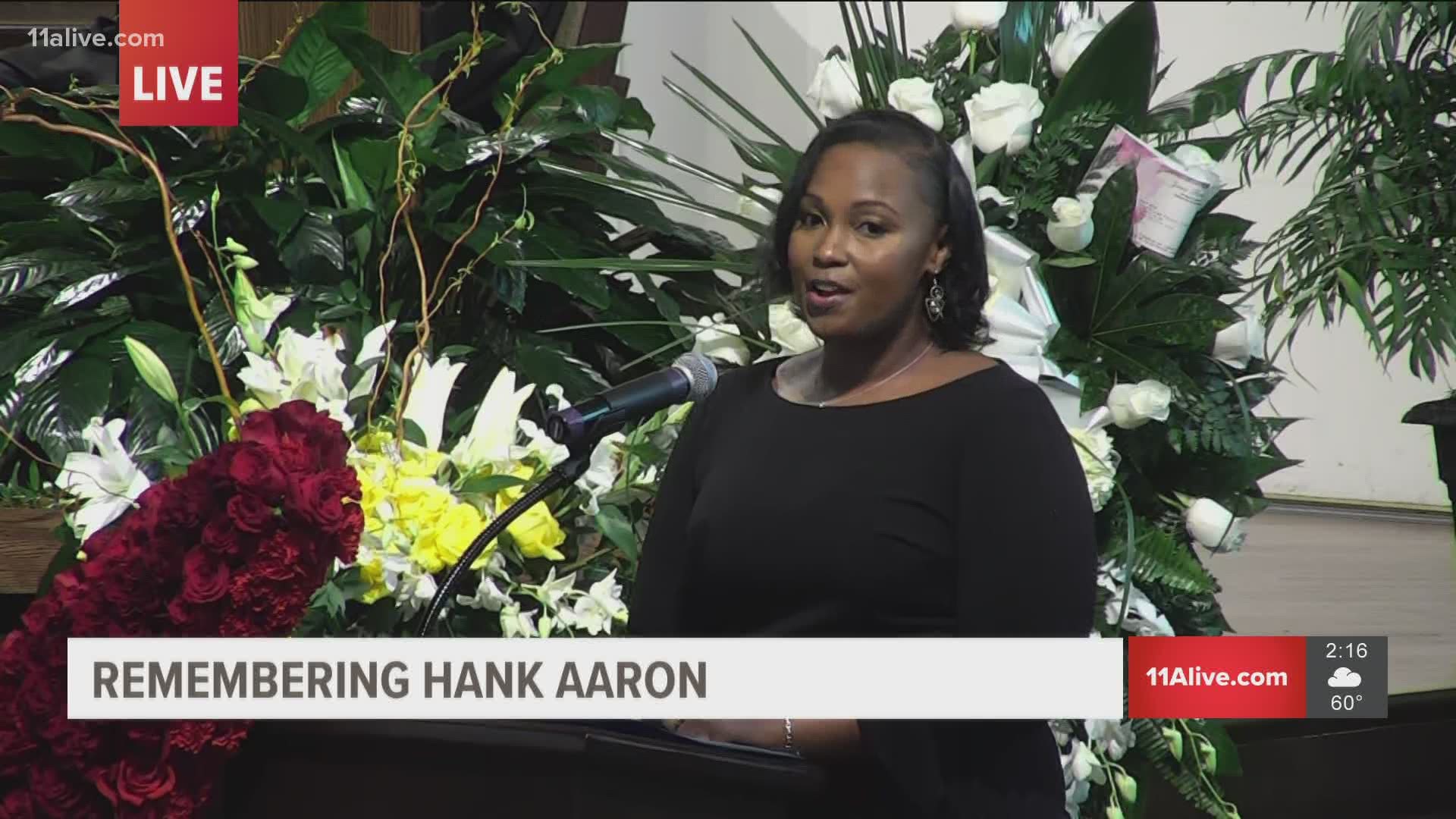 ATLANTA — While many dignitaries remembered Hank Aaron for his legendary baseball career or his historic significance on Wednesday, one speaker remembered him as a great benefactor.

One of the "dream chasers" - those who have had their educations aided by Aaron's Chasing The Dream Foundation - said he was, for her, "the man that opened countless doors."

Joyce Marcellus Lewis said she met Aaron when she was 12 years old, and the generosity of Aaron and his wife, Billye, through their philanthropic endeavors, helped her gain tutelage under the principal harpist of the Atlanta Symphony Orchestra.

And Lewis was not alone, she said, noting there is a whole legion of those like her who have seen their lives advance thanks to the Aarons.

"Over three decades they have supported thousands of young people across the country in fields such as music, sports, performing arts and education," Lewis said. "We are dream achievers. Mr. Aaron's investments early in life provided so many youth the springboard they needed to realize their dreams."

Earlier in the funeral, Aaron's grandson shared a quote from his grandfather, about his philanthropic beliefs.

"My wife Billye and I give a lot but that's what we're here to do," Aaron once said. "I just feel like nothing that we have belongs to us, it was given to us by God, and when we leave here I don't know of anybody who will go with a casket full of money. So why not let somebody else enjoy what we've been fortunate enough to accumulate?"

Lewis reflected those sentiments for the "dream chasers."

"We are dream multipliers. Today in memory of our great benefactor Henry Aaron, our special league of dream chasers commits itself to continuing the dream and achieving our greatness. We will also stoke the flames of unusual possibilities in the hearts and minds of other young people much like they did us," she said.