Presenters will give people tools for organizing and demanding change, restoring family dynamics, interacting with police and empowering minority education. 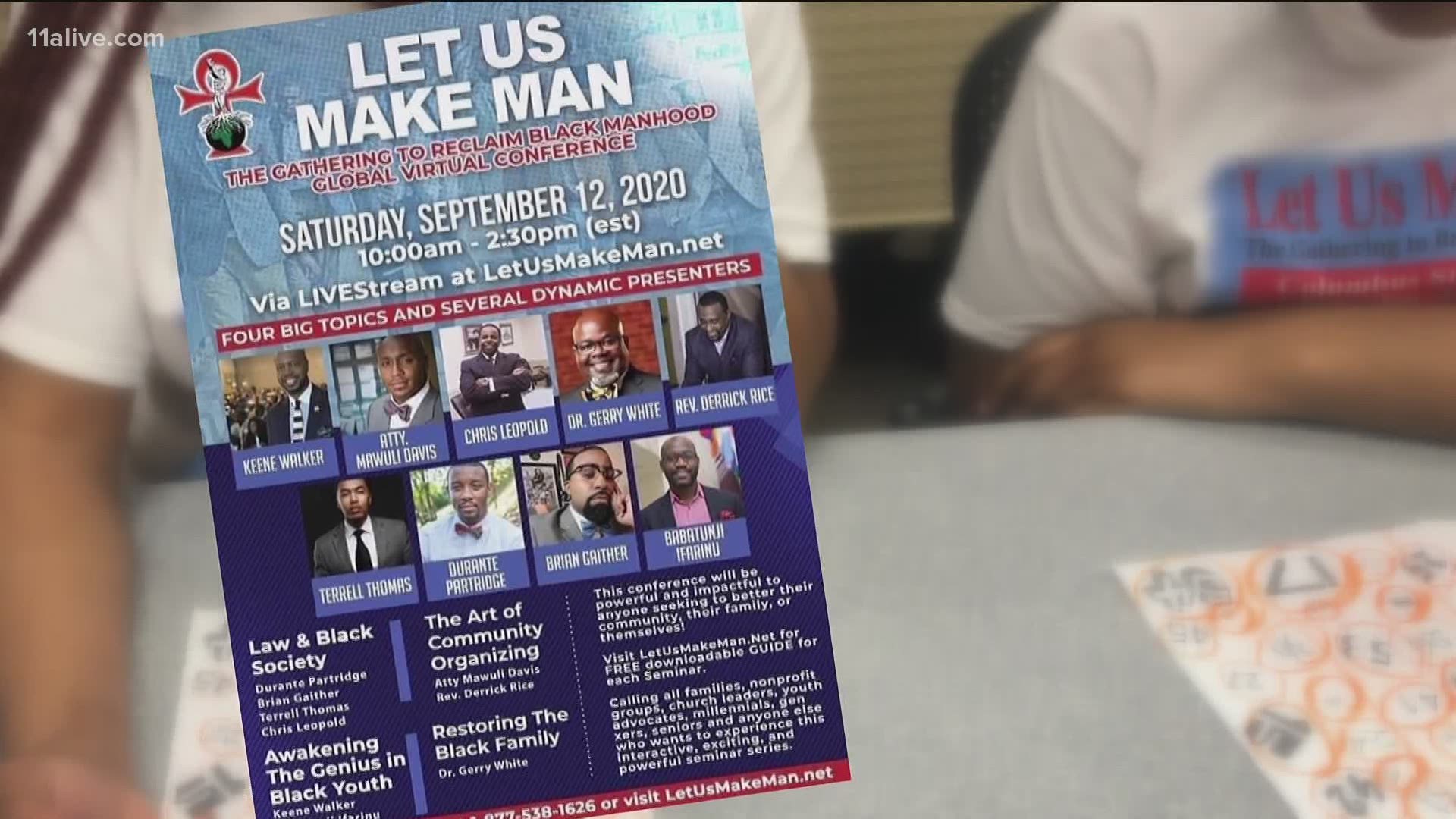 That’s the goal of a group of activists, lawyers, and educators who will unite this weekend for a conference on social justice and human, civil, and legal rights.

The conference, The Gathering to Reclaim Black Manhood, has been held  in metro Atlanta for 14 years, but COVID forced organizers to a virtual space.

"Imagine us not doing this because of something like COVID?” said Kenee Walker, one of the co-founders of Let Us Make Man.

“I don’t think we could stop doing this even if we wanted to stop, because this is a calling by God and we have to do his work," Walker said.

The first event in 2005 came together after well-known attorney, David Bozeman, approached Walker and eight other men with a focus of helping young men grapple with everything it takes to reach adulthood and beyond as a Black person.

“It started out with that, it was that simple, we planned on doing it one time and once we knocked it out of the park, that was it," Walker remembered.

Now, the conference focus on four main areas aimed at uplifting and educating the community. One of them; law and Black society.

"We got to be able to teach our young men and women that running is not an option, because taking off running, where that worked in the old days, you can end up dead now," said Walker. “When they leave the home, we expect for them to come back home. They need to understand from the mouths of lawyers how to interact with police.”

Douglas Evans, a teenager and 9th grade student at Maynard Jackson High in Atlanta been a apart of Let Us Make Man since he was 3 years old. He explained the tools he's learned over the years already proved to be invaluable.

“I’ve been stopped by police and those lessons that they teach in those classes can really save someone’s life," Evans said.

The conference will also touch on something that is becoming a continually growing interest, especially for young men like Douglas; community activism and organizing.

“For our age, we can speak that, we’re all angry about what’s going on right now," said Evans. "It’s good to get involved so we can learn different coping mechanisms and what to do in certain situations.”

Walker added, “I love how he framed that, Brother Douglas. It’s OK for our young people to be angry. It’s OK. But now that’ we’re angry, what are we going to do with it? We have to channel it. Even Dr. King was angry at the end."

Presenters will give people tools for organizing and demanding change, restoring family dynamics, and empowering minority education. Walker, an educator at South Atlanta High School, will run a seminar on seven secrets to inspiring and empowering the youth.

Evans added the type of knowledge acquired from past conferences can never be learned from a textbook.

“You will leave empowered and you will always learn something useful in your life.”

Don’t let the word ‘man’ sway you; the conference is open to all races, ages, and genders who want to  learn and participate.

It kicks off at 10 a.m.on Saturday, September 12. For more information on the speakers, panels, and how to register, click here.