Partners for Home and private donors set a goal to place 800 of Atlanta's homeless in accessible housing by year-end. They reached that goal. 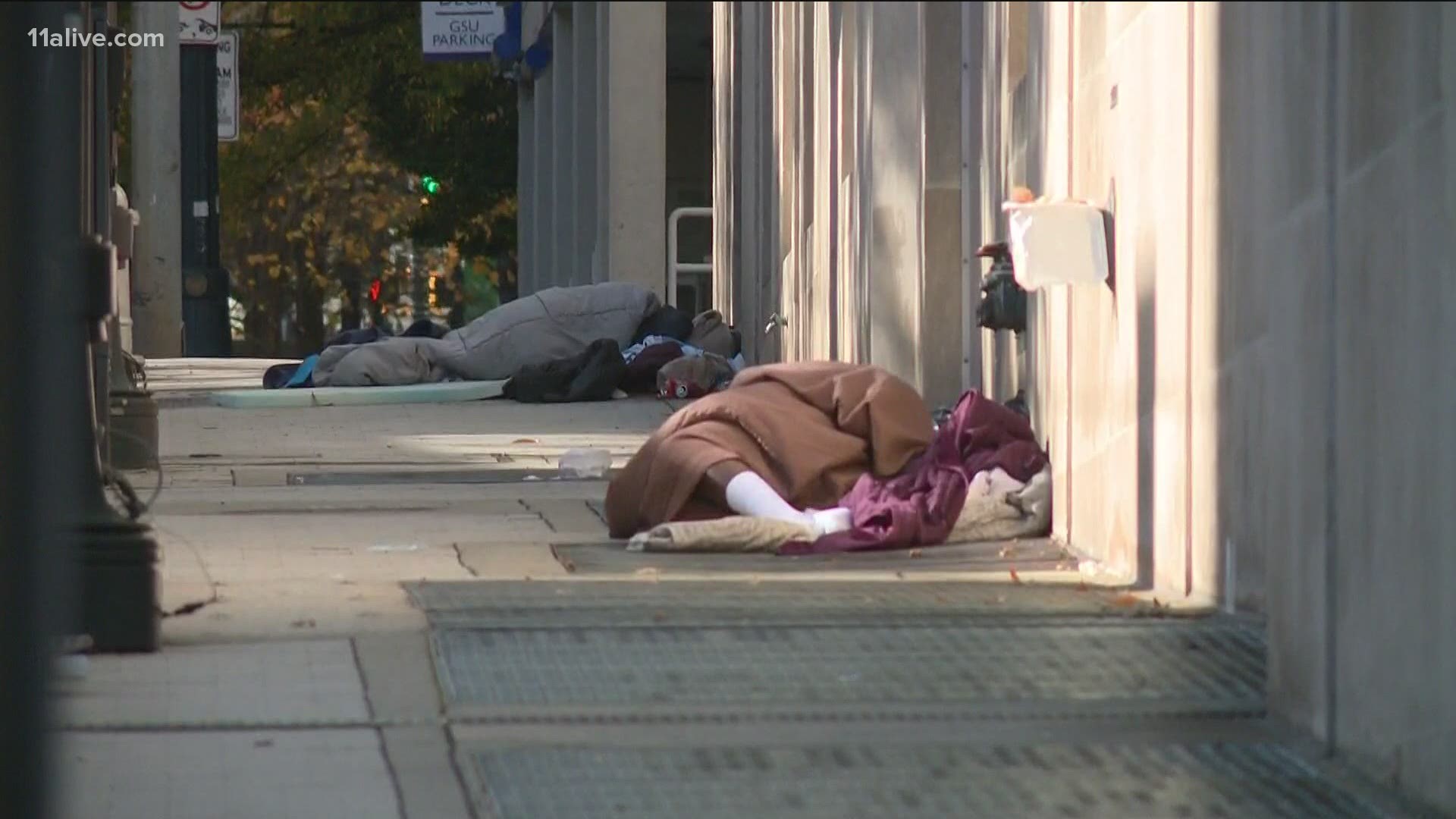 ATLANTA — An effort to find homes for those without was not deterred by the obstacles brought by a pandemic.

As 11Alive previously reported, the City of Atlanta, working with the non-profit agency Partners for Home and members of the private sector, set out on an ambitious program to house more than 800 of Atlanta's homeless in a way that could change their lives by year-end.

Complicating the effort, though, was the onset of COVID-19 which sent many more homeless onto the streets. Nonetheless, partners were able to provide a pathway for federal relief funds and private donations to lock-in accessible housing for hundreds of homeless people. More than half of them were unsheltered and living on the streets.

The challenge was left to a dozen agencies under the leadership and direction of Partners for Home and its CEO Cathryn Marchman.

"We've just capitalized on this opportunity of the moment to end homelessness for 800 individuals who are the most vulnerable in our system," she said.

It is taking more than $24 million to make accessible housing a reality - $18 million in federal relief funds stemming from COVID-19 relief monies and the rest coming from metro Atlanta's private donors.

The chairman of Atlanta's Gateway Center for the homeless, Jack Hardin spearheaded that effort.

"We are able to leverage $18 to 19 million in public money with $5.1 million in private money and that’s something the private funding community always likes to do to get other investors into the program," he said.

And the results of this major effort speak for themselves. With the 800 homeless recipients now identified, the housing effort is unfolding.

"We've secured over 600 units with our sights on the remaining 200 being held in a staggered way over the next several weeks," Marchman said.

And just how is this effort changing the lives of the homeless?

Iroyricus Thornton has spent the last three years living in his car.
He's just moved into his own apartment.

And for Mattie Rivers, it's the same. A new life and the first place she said she's ever been able to call her own.

"It's fantastic. Great. Great," she said.

As more and more formerly homeless people move into the newly-acquired apartments, the sounds of excitement and the opportunities for a new life are likely to unfold hundreds of times

Partners for Home and its agencies hope to house as many as 2,000 more homeless people as 2021 unfolds.