They're hoping for a more permanent solution, but until that happens, they're using cones and chalk to protect kids walking to school. 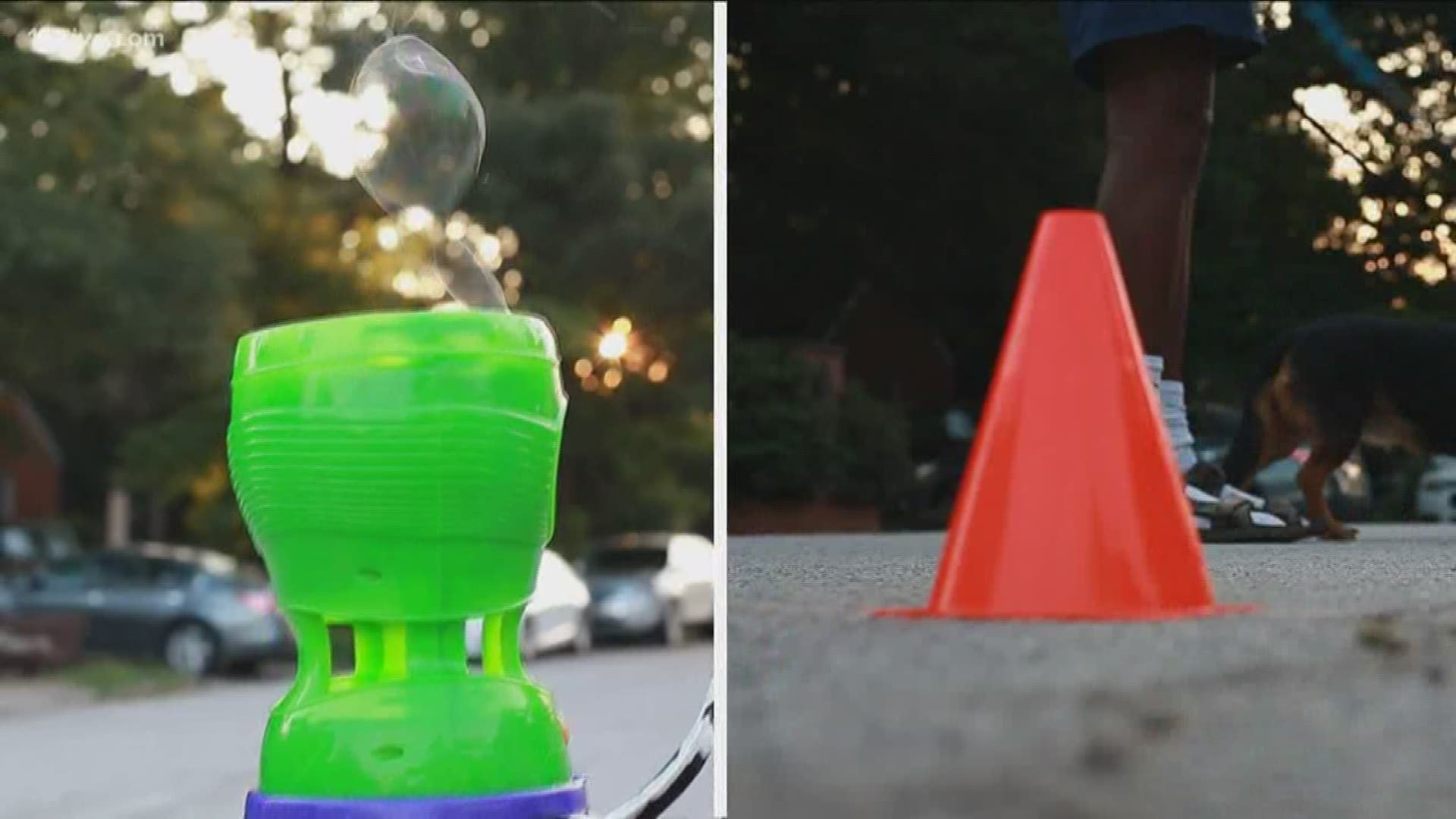 ATLANTA — One southwest Atlanta neighborhood came with a unique way to slow down school zone speeders.

Last month, we told you at least 20 cities are installing cameras to catch speeders and will later send them a ticket in the mail.

This neighborhood’s solution is not quite so high tech. You won’t see any cameras, radar detection or speed bumps on May Avenue.

They hope that could happen one day, but until then, this charming suburban street is making the walk to school safer the old school way.

“Went on Amazon and for under $20 I got 40 cones, and they’re just the little soccer practice things,” parent Todd Fuller said.

Todd Fuller doesn’t even have a child in school yet. His daughter is only 2 years old. However, he works from home, so he watches the other kids on the street walk by his house and cringes every time a car speeds by.

MORE: ‘Slow the ‘F’ down’ signs get couple in trouble over attempt to slow traffic in neighborhood

“So many people are cutting over from Glenwood Avenue onto May Avenue, and they’re driving recklessly. They’re not paying attention. They’re driving way too fast,” he said. “Some kids ended up running into a yard because they almost got hit by a car.”

So, using bubbles, little orange cones, and chalk, Fuller lined the street to create a safe lane for kids and their families to walk. It started out just on his block, but pretty soon the idea spread.

“Other neighbors wrote back and said ‘Hey, we’ve got some cones. We’d love to help, too. We’ll put them out.’ And as far as I can see, all the neighbors are coming together,” Fuller said.

It’s only a quarter mile walk to the closest school, but Fuller says people will go out of their way to walk between the cones.

The only problem with the cones? Someone has to set them out and pick them up each day, so they’re still looking for a more permanent solution. Fuller says they’re working with Atlanta City Councilwoman Natalyn Archibong on that.

We have reached out to her and are waiting to hear back.

Newborn Colorado baby was conceived 2 and a half years ago