'Crime doesn't stop': Officer explains what it's like to work the Christmas beat

Union City Officer Stacy Armstead spoke about how 'the holiday is just a regular day on the job.' 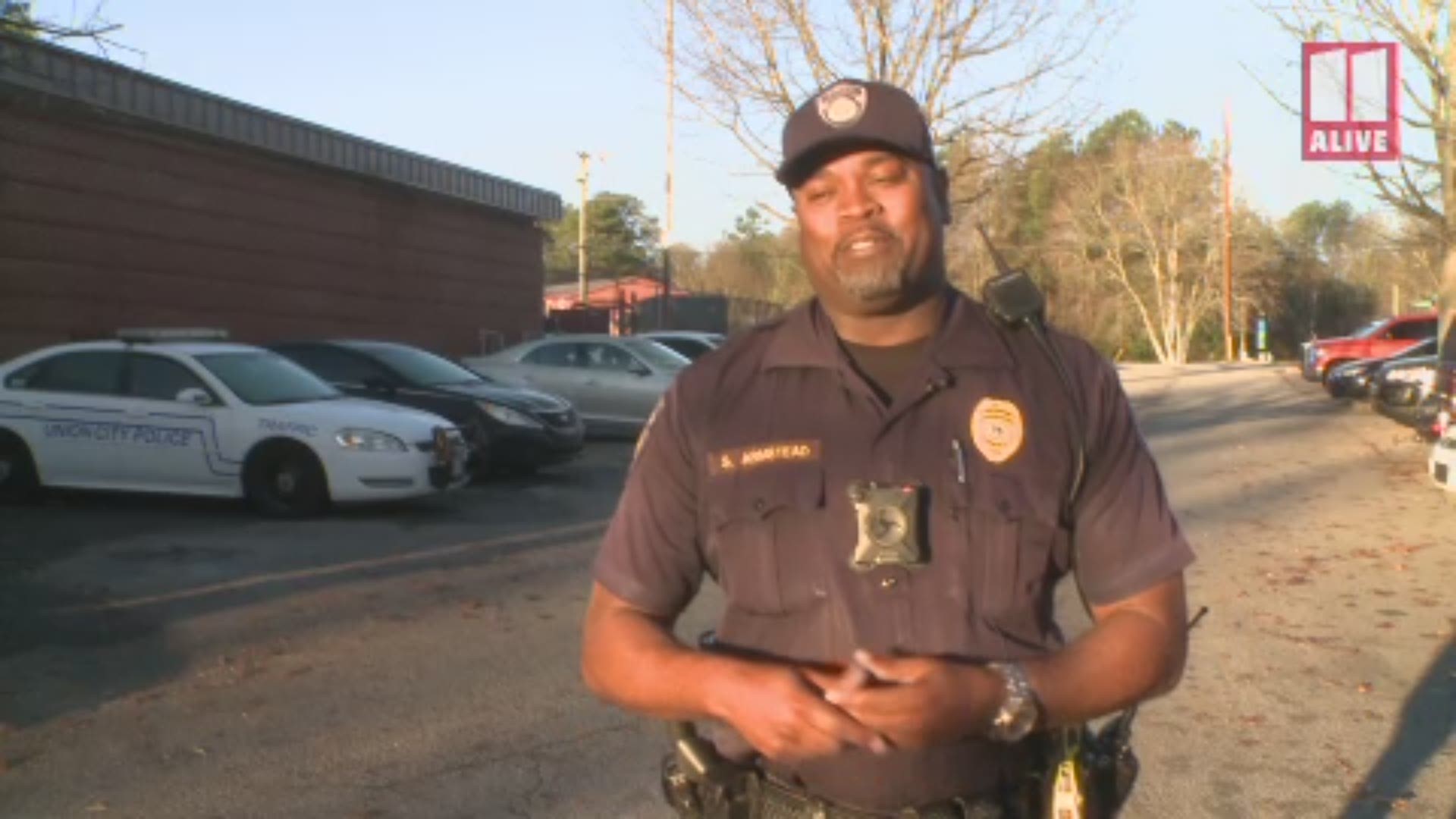 UNION CITY, Ga. — While many of you spent the day unwrapping gifts, a select few across metro Atlanta were working to protect and serve.

11Alive's Nick Sturdivant spent Christmas Day in Fulton County observing officers there who worked away from their families.

They explained what it was like to answer the call of duty on Christmas.

"For many first responders, the holiday is just a regular day on the job," said Officer Stacy Armstead of the Union City Police Department.

Armstead said it is a necessary service.

"Crime doesn’t stop. That’s the first thing. It doesn’t stop at all," he said. "You got to have someone on the street to come between all of that. We put our families to the side a little bit, just to make sure everybody else has a good Christmas."

Across metro Atlanta, hundreds of police officers, firefighters and dispatchers are on the job working around the clock.

In Union City, it’s no different.

While Armstead says on a holiday like Christmas it’s typically quiet, he also says emergencies never take a break.

"Sometimes we get domestics (calls) because families are together. Sometimes families don’t get along," he said.

Over the years Officer Armstead says his family has gotten used to him being away for most of the day.

"The food is pretty much halfway eaten by that time," when he gets home, he said with a laugh. "But I get all the leftovers - and i get as much as I want."

"And i get to give out gifts," he added.

Armstead says it's most satisfying when, on days like Christmas, regular people express their appreciation for the job he's doing.

"Every now and then people come by and shake my hand and they wish us a merry Christmas, and say thank you for helping us out," he said. "We are here to do it, to take care of folks on the street."

Christmas rescue! Cop saves dog who fell through the ice

Hosea Helps feeds those in need on Christmas