What is redlining, and how did it happen in Atlanta?

The practice became a flashpoint in the Democratic debate in Las Vegas. 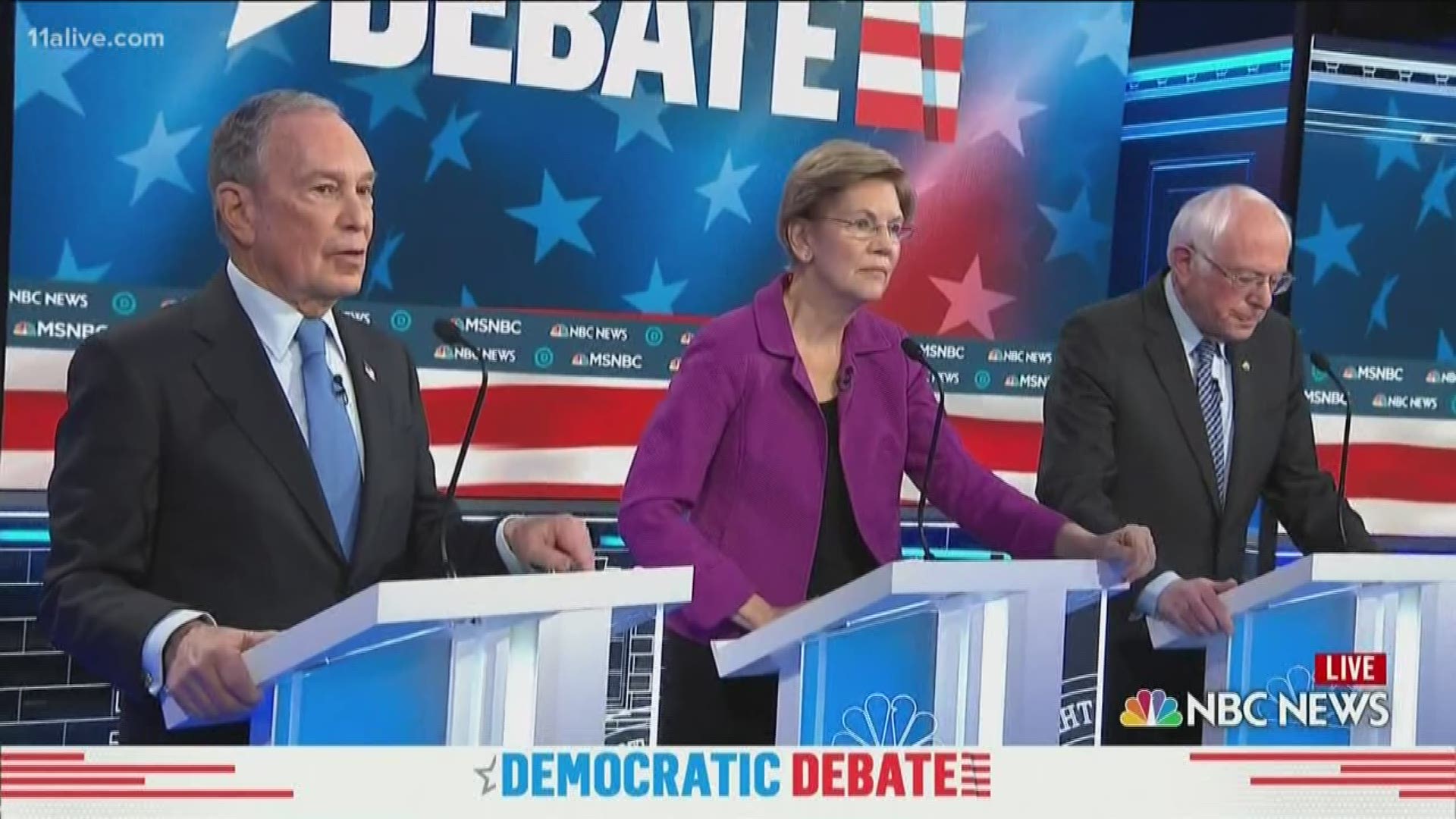 ATLANTA — One of the most-discussed moments of the Las Vegas Democratic debate was when Sen. Elizabeth Warren critiqued former New York City Mayor Mike Bloomberg over his past comments on redlining.

"When Mayor Bloomberg was busy blaming African Americans and Latinos for the housing crash of 2008, I was right here in Las Vegas, just a few blocks down the street holding hearings," she said. "Banks…were taking away homes from millions of families."

She was referencing AP reporting from earlier this month which highlighted comments Bloomberg made in 2008, which implied the racist lending practice was at least partly responsible for the financial collapse of that time.

Speaking about regulatory steps that were taken to end redlining, he said back then: “And then Congress got involved - local elected officials, as well - and said, ‘Oh that’s not fair, these people should be able to get credit.’ And once you started pushing in that direction, banks started making more and more loans where the credit of the person buying the house wasn’t as good as you would like.”

In the debate, he was asked to address those comments, and he said it was "well on the record" that he's against it.

"Redlining is still a practice in some places, we've got to cut it out," Bloomberg said.

So just what is redlining, and how did it affect Atlanta?

Redlining is most commonly traced back to a government agency known as the Home Owners' Loan Corporation (HOLC).

In the 1930s, the HOLC categorized how risky it was to give loans in certain neighborhoods across American cities. Overwhelmingly, the neighborhoods that received the worst grades were the ones with the highest share of minorities, in particular black residents.

"Neighborhoods considered high risk or 'hazardous' were often 'redlined' by lending institutions, denying them access to capital investment which could improve the housing and economic opportunity of residents," is how the National Community Reinvestment Coalition describes the effects of redlining.

The practice stunted growth in the communities of people of color and is credited as one of the most significant factors in cementing segregation in American cities for decades.

Its impact on Atlanta

The University of Richmond in Virginia maintains a database of HOLC maps, and you can see Atlanta's map on the school's "Mapping Inequality" website.

Those maps listed the percentage of black residents in each neighborhood. In all of the neighborhoods classified as "best" or "still desirable," the population was 0%.

In the third classification, "definitely declining," all but two tracts were 0%. The two that weren't, were 5% and 1%.

And of the 32 classified as "hazardous," 19 were composed of at least 10% black residents.

In one example of the racism that infused this process, tract D17, to the southwest of downtown encompassing Atlanta University Center and extending north, was described as "Best negro section in Atlanta."

"Property if acquired in this area, should be held for fair value. This is known as best negro area in Atlanta and contains best type of negro residents and highest percentage of negro home ownership," HOLC assessors wrote.

This tract was declared "hazardous."

While redlining was banned with the Fair Housing Act of 1968, the National Community Reinvestment Coalition found in a 2018 study that, "Most of the neighborhoods (74%) that the HOLC graded as high-risk or “hazardous” eight decades ago are low-to-moderate income today. Additionally, most of the HOLC graded “hazardous” areas (nearly 64%) are minority neighborhoods now."

In Atlanta, many of the areas that were deemed "hazardous" are now areas where longtime residents of historically black neighborhoods are struggling to keep their homes under the pressures of gentrification.

And in the debate, Warren argued that the practice effectively continues in underhanded ways still today: That lenders preying on communities of color, targeting them for the worst types of mortgages, known as subprime, was the actual culprit in the housing market crash.

A 2010 study by the Center for Responsible Lending found that black and Latino households accounted for a highly disproportionate share of foreclosures in the immediate aftermath of the financial crisis.