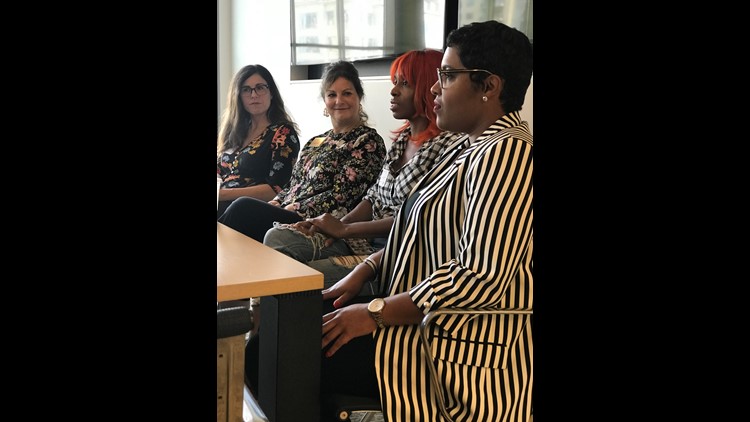 On Saturday, October 6, 100 Metro Atlanta teenage girls attended My Future Credit summit, hosted by re:imagine/ATL and presented in partnership with the SPANX by Sara Blakely Foundation, from 9am to 4pm. The morning opened with SPANX founder, Sara Blakely sharing her journey with the young attendees. Throughout the day, over 30 professional women, from VML, Floyd County Productions, Bossip, Turner Classic Movies, 902HipHop, Atlantic Records, Invest Atlanta, and other independent filmmakers and musicians shared their career knowledge and expertise.

The summit’s mission was to inspire young women to visualize their name “roll” in the credits and offered high school girls a chance to explore different career options, receive useful guidance and advice, and interact with successful professional women.

This event is exposed students to career paths in TV, film, music, and digital media. As Georgia continues to attract a record number of productions. Georgia also has one of the most extensive music industry resource networks in the country, is a prime filming location, and has been voted the number one state for doing business. With all of these resources, the city is primed to build a thriving entertainment workforce pipeline.

For the past four years, re:imagine/ATL has increasingly supported Metro Atlanta’s growing film and digital media industry, ultimately supporting the state’s economy by working with high school students in the community exposing them to digital storytelling tools and careers. With the Centennial population (those born post-1995) set to outpace both Millennial and Baby Boomer populations in Georgia by 2020, properly preparing them to join the workforce and become a larger part of the digital world is critical.

About re:imagine/ATL: re:imagine/ATL equips the next generation of content creators in Atlanta. Since 2014, re:imagine/ATL has connected students through in-school and out-of-school programming designed to cultivate creative storytelling through film and digital media production. To learn more and get involved, visit www.reimagineatl.com.