Student wearing pride flag gets knocked to the ground, non-profit wants to reach out

Video caught by bystanders has gone viral. Non-profit Free Mom Hugs Georgia wants to send a care package to the teenager who was knocked to the ground. 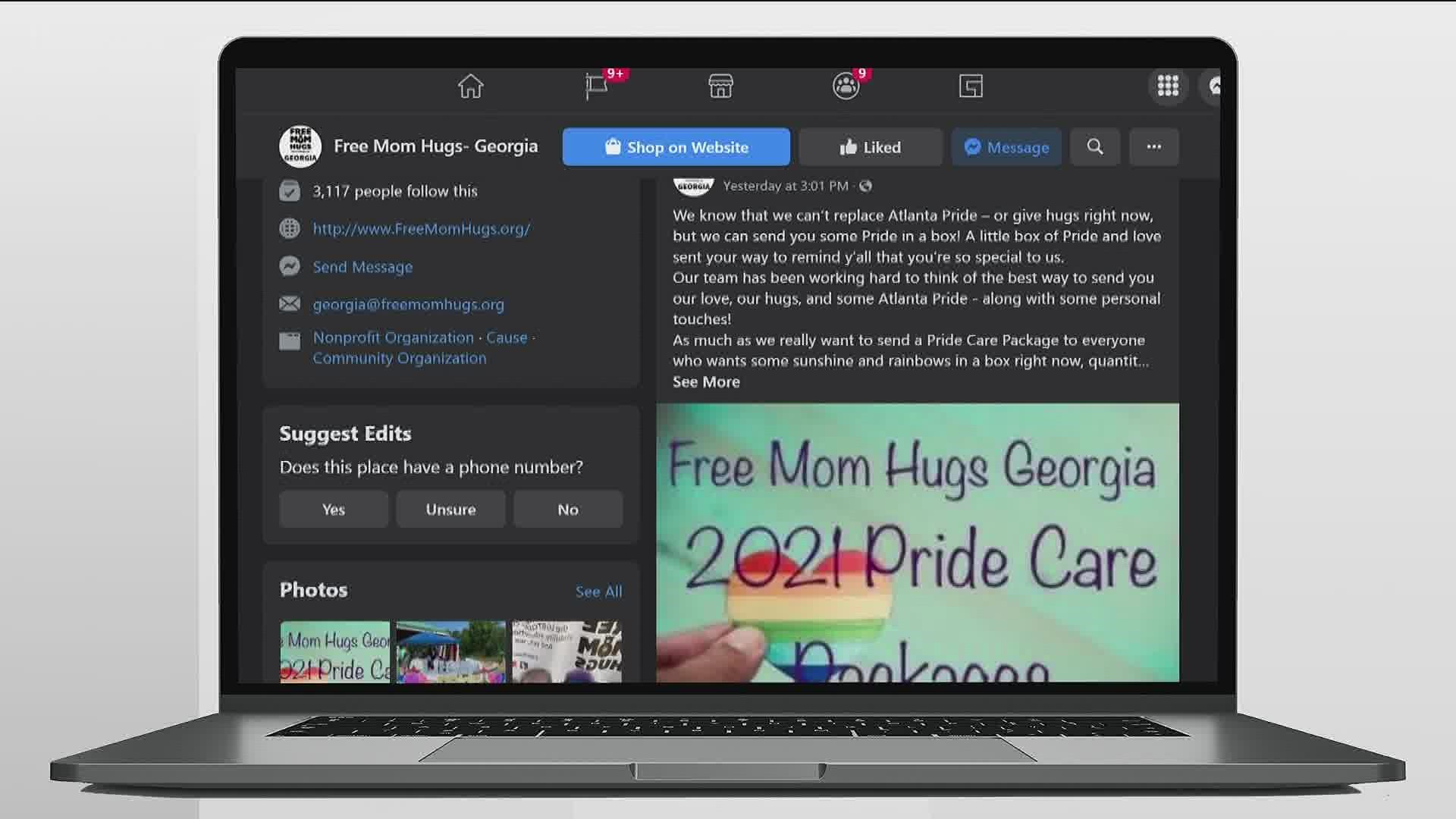 VALDOSTA, Ga. — An attack on a Valdosta student wearing a gay pride flag was caught on video in early September and has since gone viral.

The video shows a teenager speeding across the cafeteria, removing the pride flag from another Lowndes High School student's back, causing that student to fall to the floor.

Another student then steps in and tries to push the person away before the flag is slammed into a garbage can.

Chapter Coordinator for Gwinnett Free Mom Hugs Georgia Kati Tait said watching the video impacted her. She said as a lesbian, it is disheartening to see a situation like this unfolding in schools.

“For some reason, that one stood out the most, because of just the way that it was handled," Tait said. "There were so many students in the video that did nothing except for that one.”

However, no matter what the charges are, the non-profit group Free Mom Hugs Georgia, which advocates for the LGBTQIA+ community, said no kind of justice can undo the hurt.

“That doesn't change anything for the humiliation and the hurt that boy went through," said Chasney Huffman, the chapter lead for Georgia's Free Mom Hugs. "Maybe he can change his ways because south Georgia does have a deep, dark history back there. So, maybe he can start something new. Fingers crossed."

The group is trying to get ahold of the student to send a personalized care package, including a new pride flag after the last one was thrown in the garbage can.

They also want to send one to the student who tried to step in and help.

“Everyone deserves a little extra sunshine sometimes," said Huffman. "That's what our care packages do. We want to do something to let him know that people care that people out there really do love and care for him, even though he doesn't know us yet. But he will; he's going know.”

11Alive was able to get the name of the student and pass it along to the group. They hope to deliver the package to the student in person.

“I hope that this will kind of shed some light on a lot of things that are going on in not only our community, but in our schools, that are being hushed, or kids are just scared to come home," Tate added.

Both Tate and Huffman said they hope that the teen and anyone else going through something similar know they are loved.

"To that young man, we just want to say that we love you," said Tait. "Things will get better, hopefully. We just want to tell anybody in the LGBT+ community that if they ever feel that no one loves them, or if they don't get as much support as they want to reach out to any of our chapters."

The group has created a fundraiser, which you can view here.

"We are aware of a social media video involving two students and a Pride flag. We take the well-being and safety of our students seriously. Our staff works hard to provide a safe environment where all of our students feel valued.

As soon as the Lowndes High School administration was aware of the incident, the matter was investigated, they ensured that the victim was not hurt, and addressed the other student following the appropriate consequence outlined in the Student Code of Conduct."