After distinguished careers in the Navy and Air Force, Patrick and Kristine Hawkins topped their nursing school class. 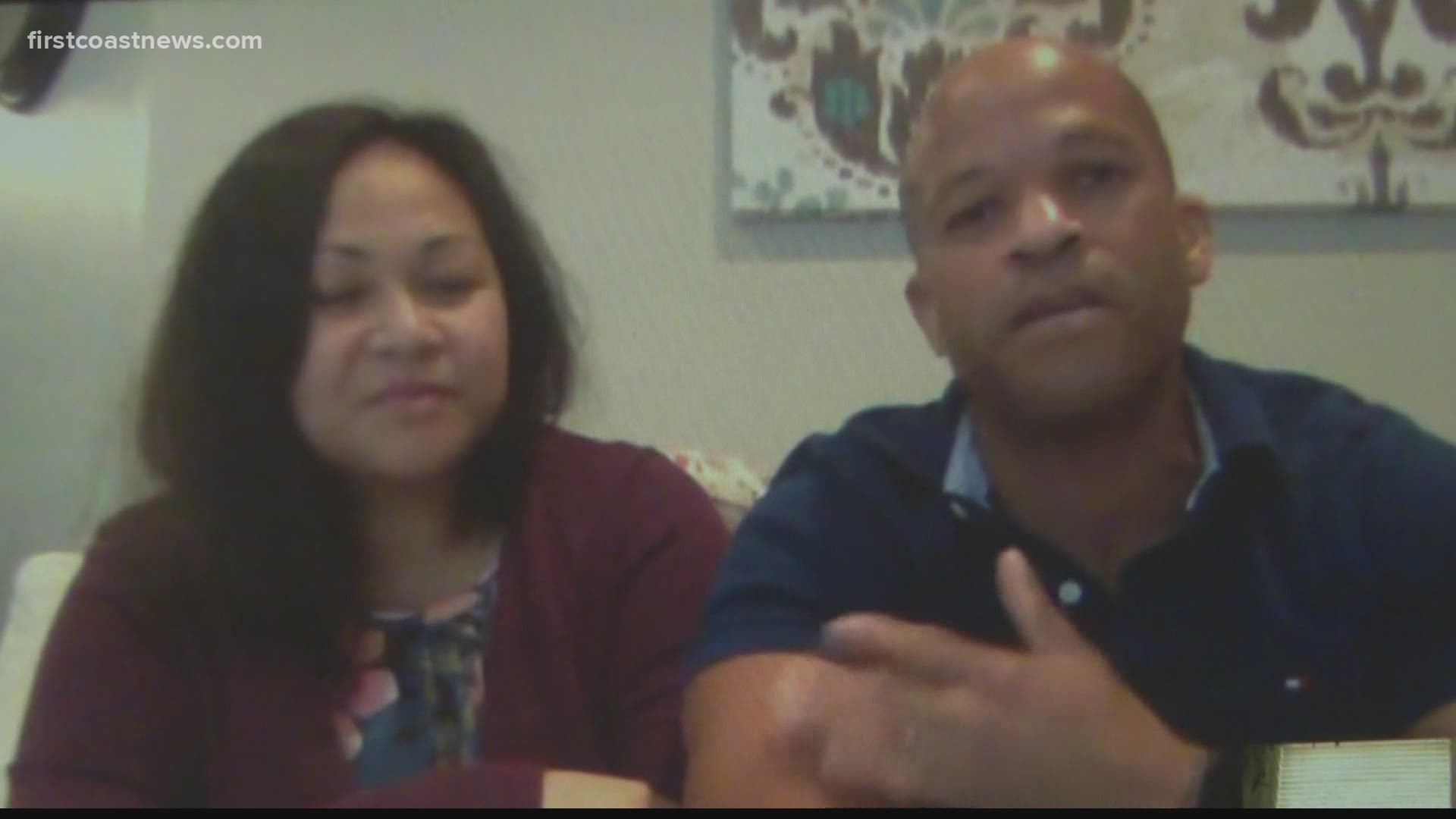 JACKSONVILLE, Fla. — A husband and wife who served in our nation’s military for years are turning their focus to healthcare.

Patrick and Kristine Hawkins graduated Friday at the top of their nursing school class.

“Service is in our blood,” Kristine Hawkins said.

She deployed to Afghanistan twice with the Air Force. Her husband Patrick, who served with the Navy before retiring, spent time in Africa and Iraq. They met on a joint task force in Djibouti then were stationed in South Georgia where they reconnected and dated before marrying in 2015.

“It’s a great thing about me and her together doing the same thing,” Patrick Hawkins said.

They turned a page on military service but not on helping their fellow man. Patrick Hawkins gained medical experience on submarines and in Navy hospitals. With encouragement from his wife, he looked into nursing.

Kristine Hawkins, also looking for a career after the military joined her husband and together began classes at Chamberlain University's Jacksonville campus.

“Very exhilarating me and my wife going through the program together, it’s been an exciting challenge,” Patrick Hawkins said.

“It motivates me in that I don’t have any trepidation about what’s going to happen and what’s next so I feel very encouraged,” Kristine Hawkins said.

The couple passed their licensing exams and have applied to residencies across Florida, waiting to see where they’ll serve next.

RELATED: First hug in 6 months: Some families getting in First Coast nursing homes