While the Hispanic community in Georgia grew by more than 31% in the past decade, experts believe the numbers could be undercounted due to the pandemic. 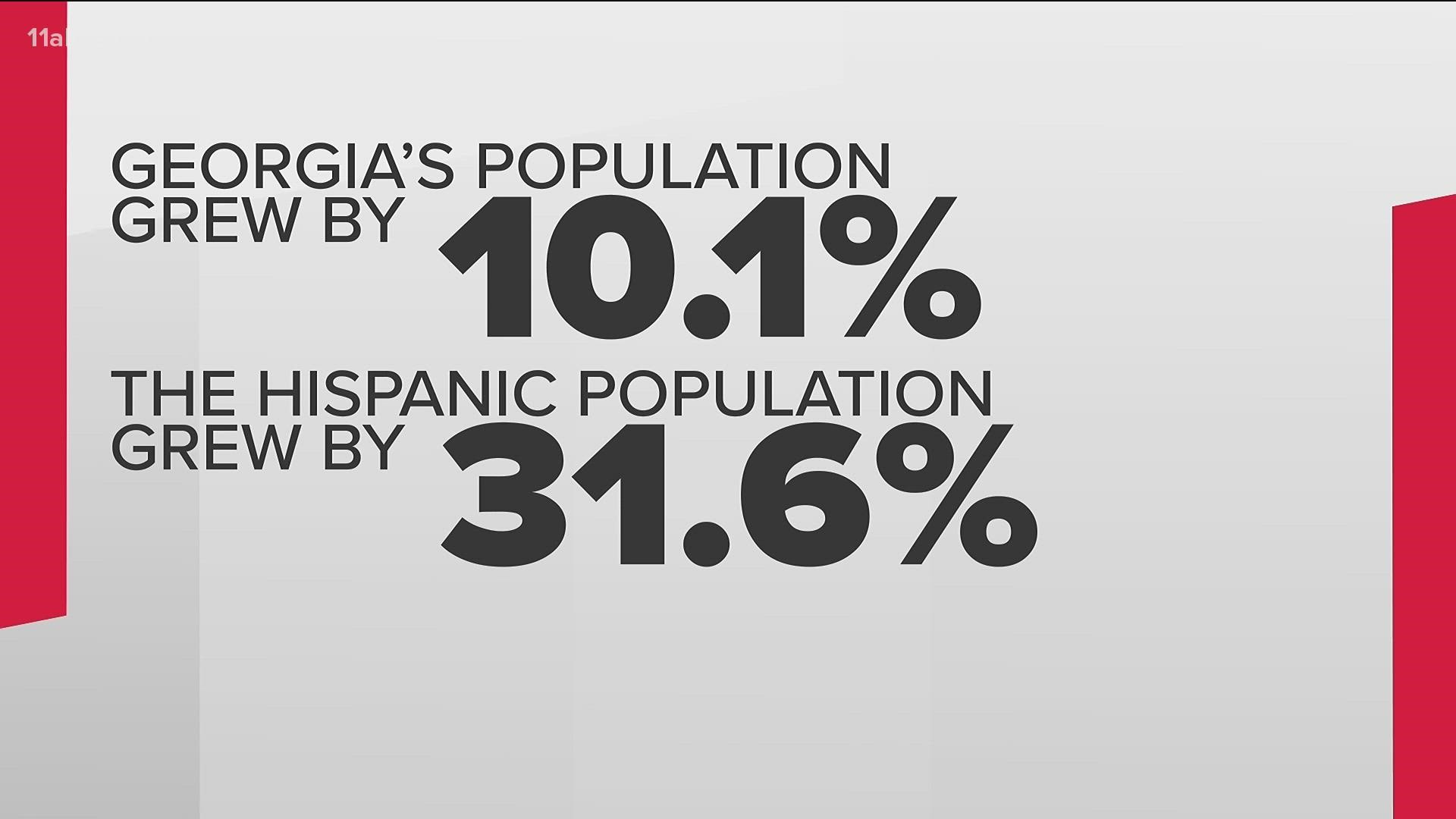 ATLANTA — This past election cycle proved how much the state's electorate has changed and the influence minority voters had on the outcome. New census data shows the United States is becoming more diverse, while the white population is shrinking.

A similar trend is being seen in Georgia, where the Latino community has reached a milestone.

The 2020 census was the first one Andres Parra and his family were able to participate in, after 14 years in Georgia. He was also able to vote in this past election cycle after becoming a U.S. citizen.

"I'm so happy to be a part [of this], especially in such a momentous and historic year for the country, but Georgia grabbed the Nation's attention," he said.

Jerry Gonzalez, CEO of GALEO and GALEO Impact Fund, has looked at the 2020 census data closely, analyzing the impact of the Latino population.

"The Latino community accounted for 26% of the overall growth in the state. I was hoping that they were going to be bigger," he said. "We had a really tough hill to climb to get folks to participate in the census.”

That's why he says those numbers are likely an undercount, and Gonzalez provides two likely reasons why.

First, the pandemic made it difficult to get people to participate. Second, he says many worried after the Trump Administration attempted to include a citizenship question on the form. However, the Supreme Court eventually blocked that from happening.

"Undercounting communities is a significant problem," Gonzalez said. "Some of the symptoms of that is traffic increases. We don't have enough public transit options. We have our kids going to school in trailers rather than actual classrooms.”

Gonzalez says this growth is important when redrawing congressional lines. The form helps determine the money and resources certain communities can get.

The last election cycle was an early indication of the minority growth in the state, where the Latino electorate grew by over 141,000 new voters since 2016.

"That was a 58% growth rate since the last presidential election," Gonzalez added. "Georgia will be a majority-minority state within a few years. That's a fact. It's not speculation.”

Latinos account for over half of the country's population growth. According to NBC News, there was a large growth in Latinos who identified as more than one race, while the number of Hispanics who identified as white dropped significantly.

Meanwhile, Parra is looking forward to his future in the state.

"I'm excited that my community is starting to make sure their voice is heard," he said.