For about three months, Lisette Correa worked to display Puerto Rican history on the BeltLine walls, but for her, this was more than just a passion. 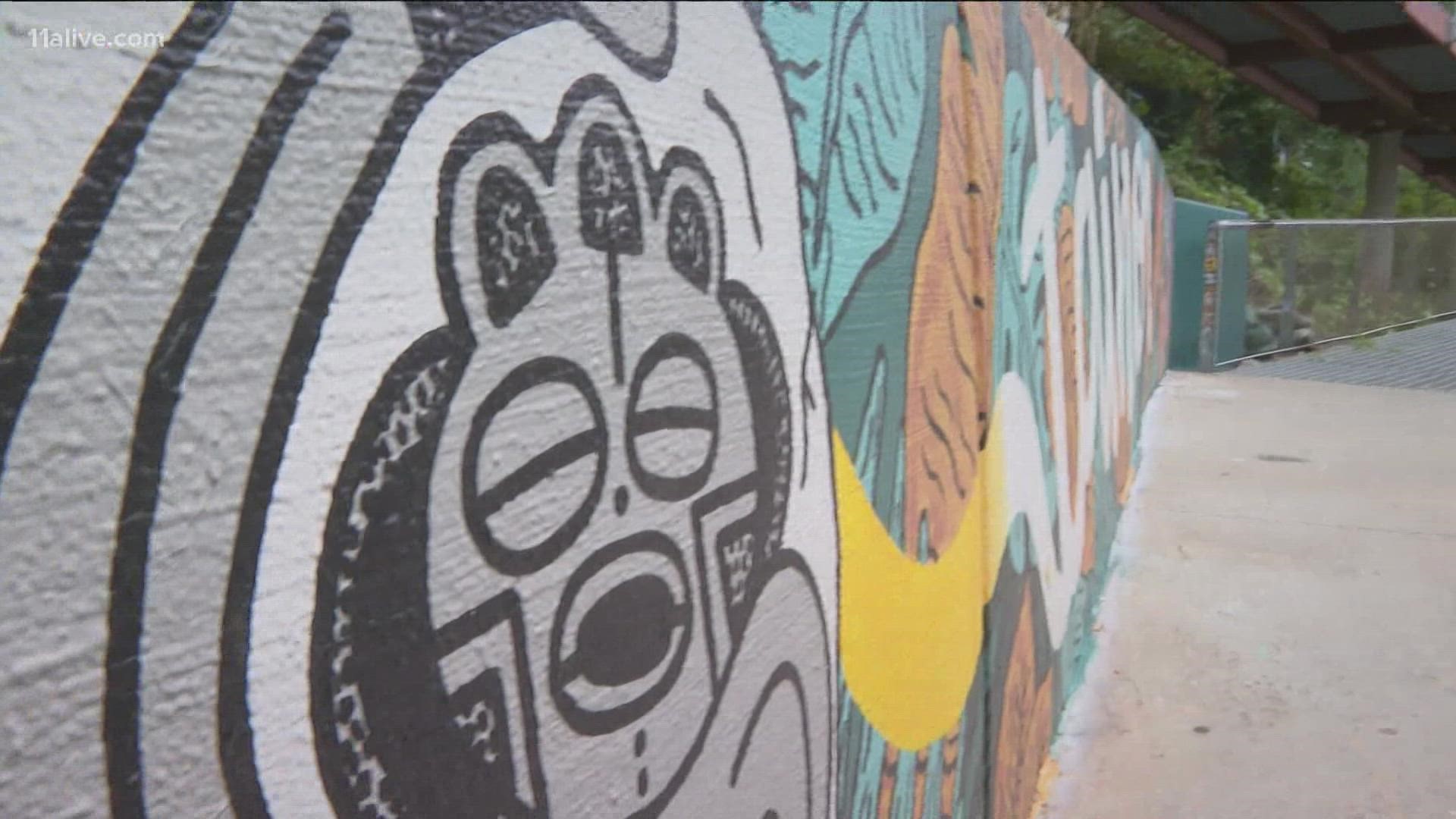 ATLANTA — A Puerto Rican artist just finished painting three different pieces of artwork along the Atlanta BeltLine. The murals tell the story of indigenous people in the Caribbean.

For about three months, Lisette Correa worked to display Puerto Rican history on the BeltLine walls, but for her, this was more than just a passion. This was her mission.

“When we talk about Civil Rights Movement and freedom and equality, its also important for us to highlight the Caribbean," she said.

Her highlighter is a paintbrush.

“I wanted to pay homage to the Taínos in Puerto Rico," she said.

The Taíno were declared extinct in the 1560s. But ever since, historians have argued that’s not the case. Artists, like Correa have, too.

Many said it wasn’t extinction, but rather “paper genocide," which is a term used to describe how people can be made to disappear from government records, erasing them from the Census, according to the National Geographic.

“I took a DNA test and I found out I was 12.7% Taíno. We are not extinct. We are still alive. I’m here to share the stories that haven’t been told.”

Stories of her ancestors now line up the walls along the walking path -- from the strong women depicted on the pillar, including her grandmother, to the bright greens representing “El Yunque”, Puerto Rico’s national rainforest.

Correa, who goes by “Arrrtaddict,” hopes each image will not only inspire people to research, but also educate.

“Ever since the massacre of the Taínos and that information being torn away from us by our colonizers, there’s been so many other things that have happened to Puerto Rico since then – you could say Puerto Rico has forever been in slavery.”