According to the National Alliance on Mental Illness, only one in three Black adults who need mental health care receives it. 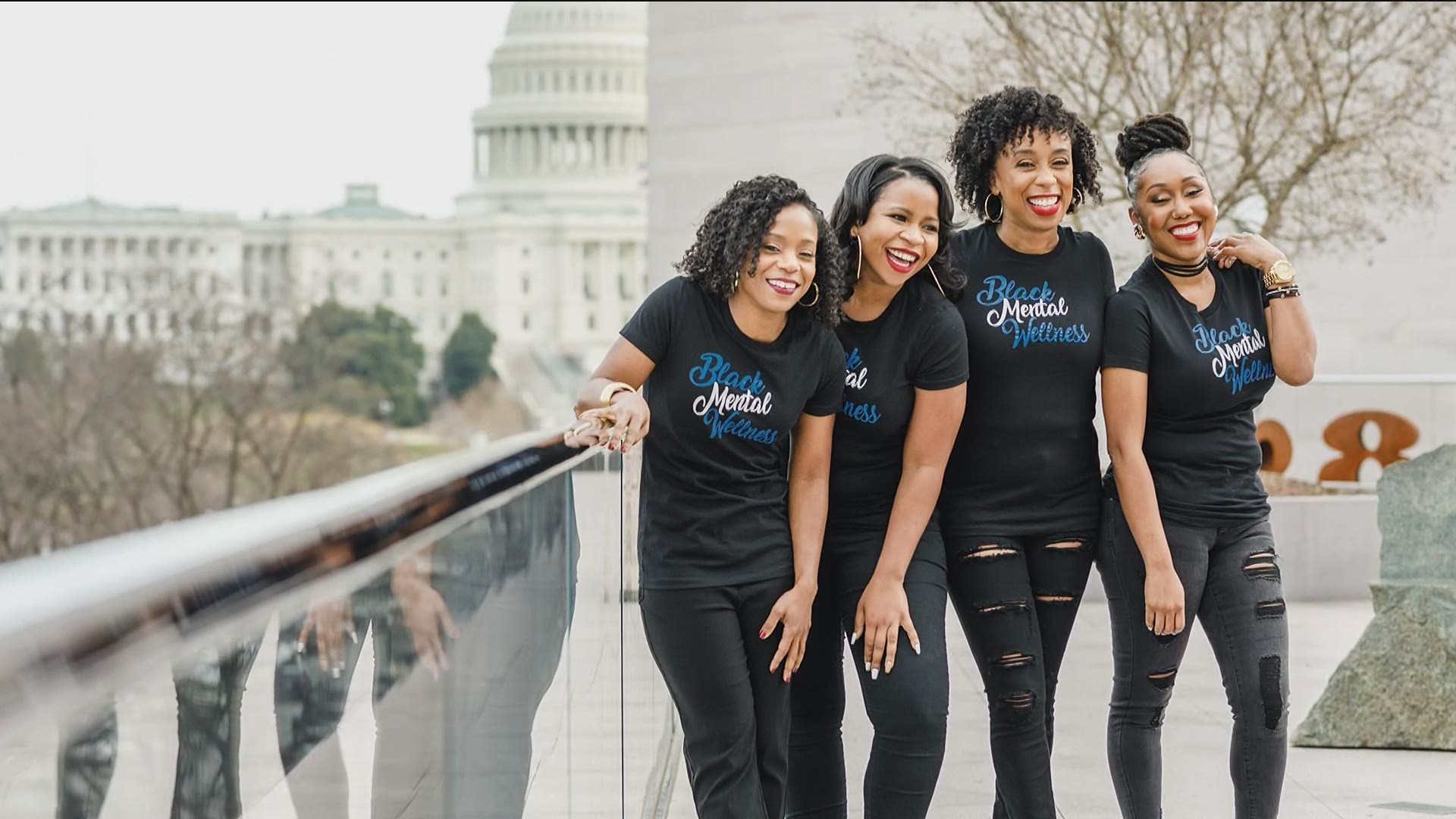 They created a company called Black Mental Wellness to grow a strong, nationwide mental health network for the Black community and be able to provide the resources needed to succeed and thrive.

According to the National Alliance on Mental Illness, only one in three Black adults who need mental health care receives it.

NAMI said Black adults are more likely to go to the emergency room or primary care facility instead of a mental health specialist due to generational stigma and mistrust in health care.

“I know you hurt, deal with it, get out here smile, get it together. For Black people, we have to redefine what we, you know, call strength," Dr. Nicole Cammack, President and CEO of Black Mental Wellness said. "I often remind people that strength is not like dealing with and hurting in silence."

"I think the insurance piece is a big one," Dr. Dana Cunningham, Vice President and Co-founder of Black Mental Wellness said. "We know a lot of people feel like they would feel more comfortable with talking with psychologists or therapists of color. And there's a lack of availability of therapists of color.”

Dr. Cammack uses Randall Pearson's experience in NBC's "This Is Us" as a current cultural example of why he is unable to talk to his therapist about problems impacting him on a racial level. She said this is why he then makes the decision to see a therapist more like him.

"He had a very difficult conversation like with himself or with the provider of saying, I think I need a Black man who might understand my experiences," she said. "I was like, 'yes, yes, yes' to them showing that scene because to have this Black man advocate for himself to be able to say a to a white provider, and then to find a Black man therapist was like, huge, because oftentimes, that's not what we see."

Additionally, Dr. Jessica Henry, who owns a private practice and was a former Clinical Director for a maximum security prison in Georgia, said she also sees where a lack of access of mental health resources can lead.

"Unfortunately, those who are incarcerated, especially those or Black, Black offenders, minority offenders, are more likely to first come into contact with mental health, through the Criminal Justice System," she said.

The need for mental health services in the Black community continues to grow due in part to racism.

“I think oftentimes, when people think about PTSD, they think of other incidents, right? Like, they're not really thinking about racial, racial stressors and trauma, and the impact that that can have on an individual," Dr. Cammack said.

By expanding resources and access to mental health resources, Black Mental Wellness said it can make a world of difference, which is why they started a mentoring program for college students seeking a career into mental health services.

Spelman graduate Tajah Pinkard is part of the mentorship program and said she had her own "Randall-like moment," as she's seen the same therapist since childhood.

"I just kind of stuck with her," Pinkard said. "It did become more apparent to me, you know, maybe I would like to see somebody else."

Pinkard is headed to graduate school at the University of Georgia, Athens and said she hopes to pursue a career in school and children mental health services.

“I believe that it's important for us to bring not only mental health services, but the highest quality of services to the black community," Dr. Henry said.