Prominent Atlanta civil rights attorney opens up about the job: 'I don't want to do these cases'

Chris Stewart has come to be known as one of the most prominent civil rights attorneys in the country. 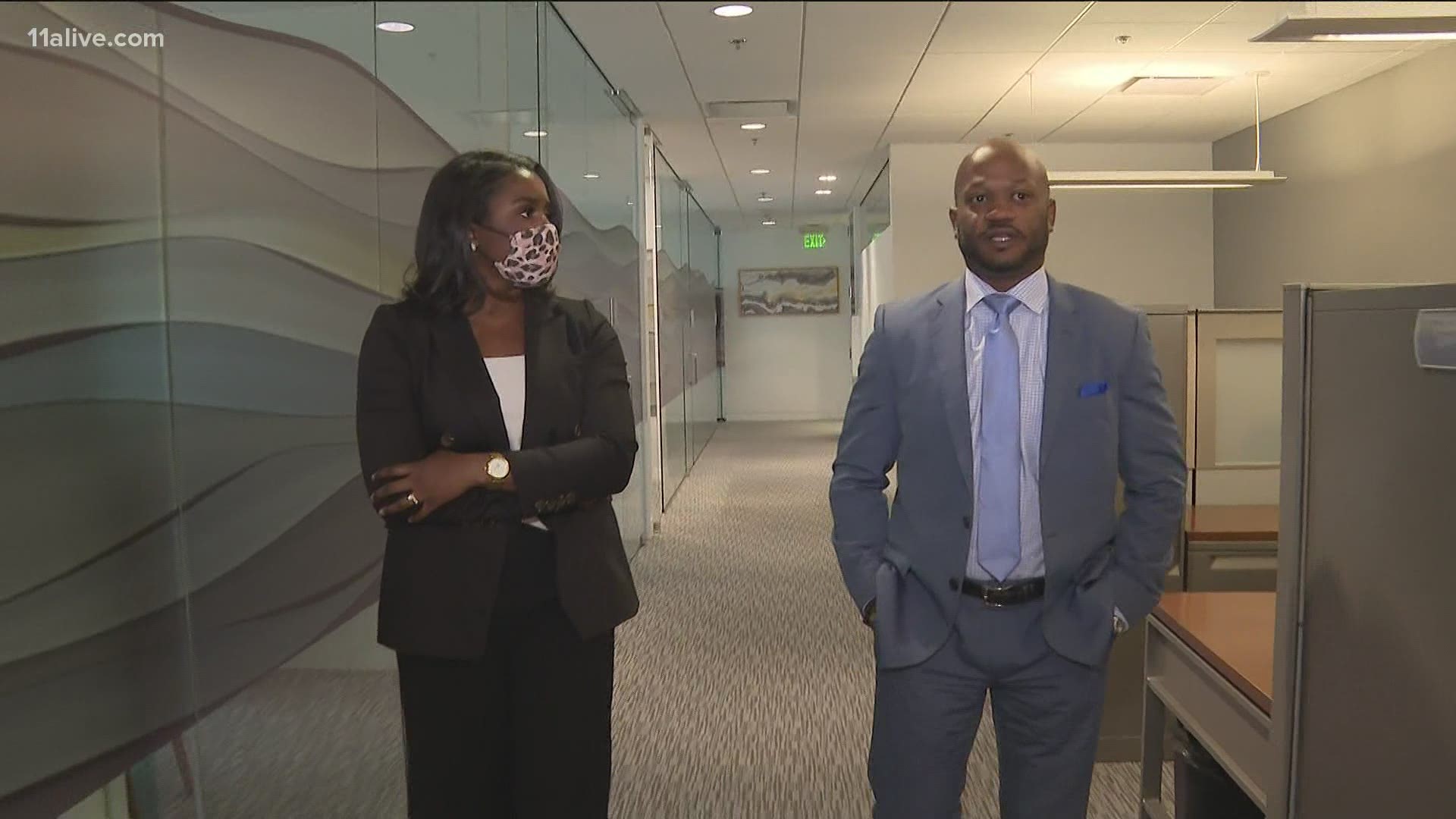 ATLANTA — After each civil rights case, Attorney Chris Stewart said it will be his last.

"I'll tell my law partners we're done with civil rights no more cases we're not doing another single one, and then I'll call them at 2 in the morning like, 'alright this is going to be the last one,'" said Stewart.

Behind all the news conferences and before the verdicts are read, it's non-stop work that is physically and emotionally draining.

Stewart said it's a 24/7 job that requires him to not only be a lawyer, but also a best friend, a pastor, a therapist and an accountant.

"You are carrying not just this case. You're carrying future cases," he said.

Stewart has come to be known as one of the most prominent civil rights attorneys in the country, making him a go-to for families of men and women allegedly mistreated or killed by police.

But that's just a small part of the cases his law firm typically handles. He said he turns down 95% of the civil rights cases he's called about.

He relies on gut feeling to determine what cases to take.  It's not a role he sought during his 16 years of practicing law as a personal injury trial attorney, although the motto for his law firm speaks to the cause - "Treat every client like family, never lose faith in a case and you better get them justice."

"That is ingrained in your DNA at the law school. Your job isn't just to make money. Anybody can make money you have an obligation to fight for civil rights," said Stewart.

In 2014, it was Stewart's heart that put him on his first big civil rights case.

Gregory Towns, 24, died after being tased repeatedly while handcuffed by two East Point officers during his arrest. Both officers were convicted, one for murder. Stewart helped the family settle a lawsuit with the city of East Point.

"George Floyd broke something in everyone," said Stewart.

In the midst of a pandemic, the country was forced to stop, listen and watch as a Minneapolis police officer kneeled on George Floyd's neck, taking his life.

"You were drowned in the tragedy 24/7 on social media, on TV You couldn't even go outside so you couldn't get away from it," he said.

But many could not sit in silence. Protests echoed around the country, calling for more than justice for George Floyd. They wanted significant change to systemic racism.

While protesters took to the streets, Stewart worked 20 hour days, waging his own protest that helped deliver that justice with a guilty verdict.

"It was just a mixture of joy and relief because I knew if it was a not guilty verdict, that would have been the end of civil rights," said Stewart.

Since covering his first big case, Stewart said he's seen changes that give him hope for the future.

With each case Stewart takes, though sometimes reluctantly, he has the ear of the country and in some cases the world.

It doesn't make the 20-hour days easier, but it gives them purpose for the possibility of change to come.

"The impact that you could have on policing, society, fixing issues between Black and white people, you can actually try and help resolve a lot of that if people listen to you."