Black female group in Conyers changing the face of golf

“I think it’s pretty empowering because you don’t usually see a lot of Black girls out on the golf course.” 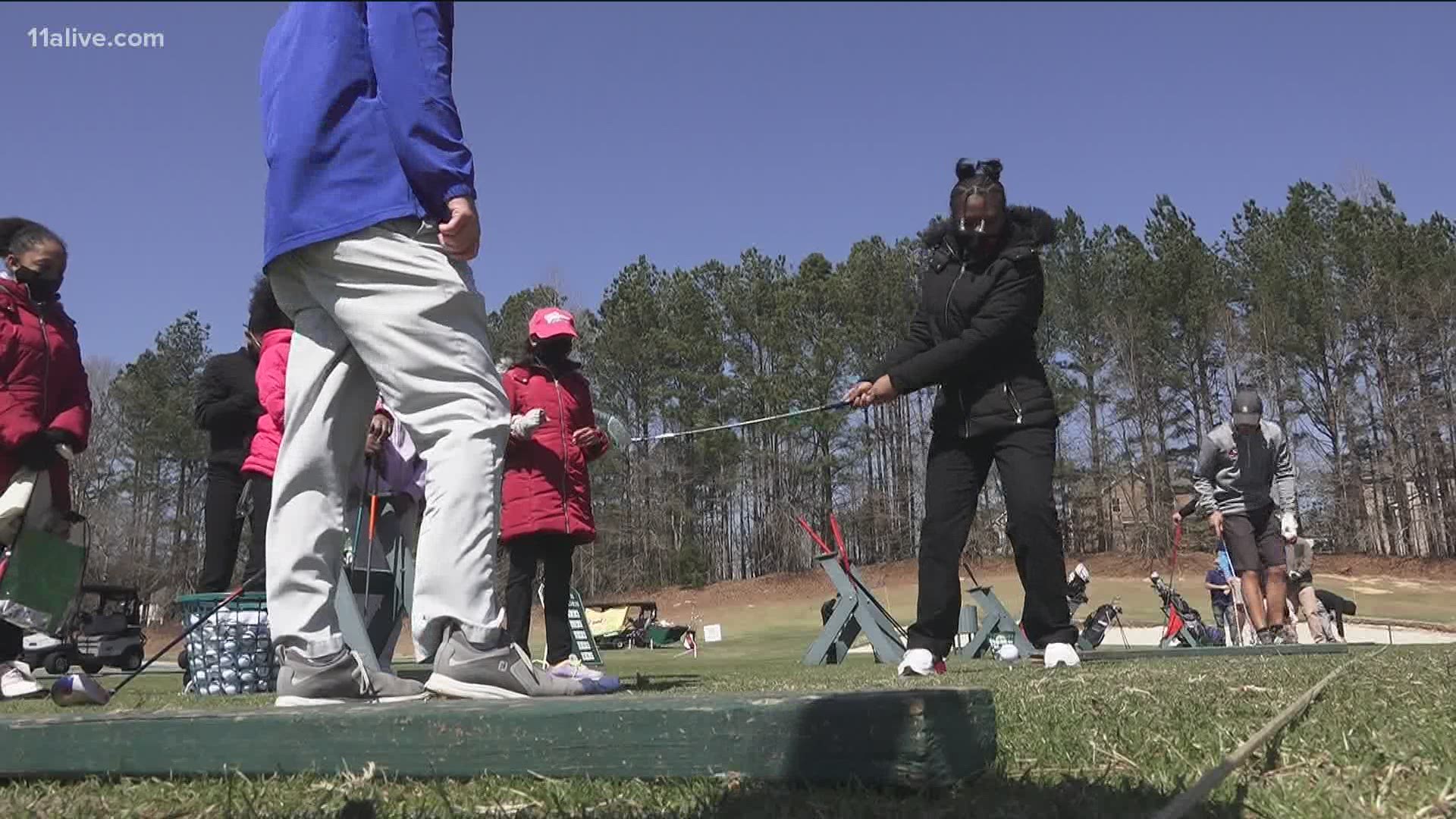 CONYERS, Ga. — Every swing brings them closer to a sport they've felt proud of.

“We usually think of golf as some old man out there in the middle of the day hitting the ball to the thing,” Talia Dixon said.

Dixon, 14, said now you can think of someone like her.

“I think it’s pretty empowering because you don’t usually see a lot of Black girls out on the golf course,” she stated.

The Ladies Professional Golf Association (LPGA) is working to change that. In 2019, they started a campaign called Drive On to encourage women to enter the game. In February, they introduced the Diversity Hub and started profiling stories of women of color.

In one of the LPGA’s videos, golfer Sierra Sims talked about her experience.

“I would say the Black experience is a little bit hard to come by. There’s not a ton of girls playing that are black,” Sims said.

Now, there are at least 28 more female African-American golfers out of Conyers. Twelve-year-old Nevaeh Guest is one of them.

“This is my first time playing,” she said. “My favorite part is, like, the putting part.”

Girls golf camps are hosted by LPGA*USGA Girls Golf sites and have 500 chapters throughout the U.S. The one in Conyers is the only girls' golf group in that city. The 28 girls, ages 6-17, are set to learn the game of golf and the science behind it.

These girls get a well-rounded lesson at each of their sessions including the science of the divot and why the grass turns brown, to the engineering of the golf ball itself and the angle of their swing.

They held their first session at the Cherokee Run Golf Club on a cold and windy March day. That provided a lesson in itself.

“It was really cold, so the golf balls move slower in the cold weather than they do in the heat,” Mincey said.

Eight-year-old Carter Wilson already recognizes how this could influence her future.

“I could have another skill that could be helpful maybe to get into college,” she said.

Mincey is looking even further than that.

“These girls would be part of what they call the C-Suite already in corporate America,” she said.

As they work to change the face of the game, Wilson has some advice for other girls like her.

“If you want to try a sport, you should try it because maybe you’ll be really good at it,” she said.

Girls Golf Conyers meets every third Saturday of the month. Mincey said they are currently full for this session, but will have more room in their upcoming summer camps.