What does freedom mean? Gwinnett assistant principal spent more than a decade exploring that idea

Alex Robson collected responses on the meaning of freedom from past Presidents, celebrities, musicians, authors, athletes and more. 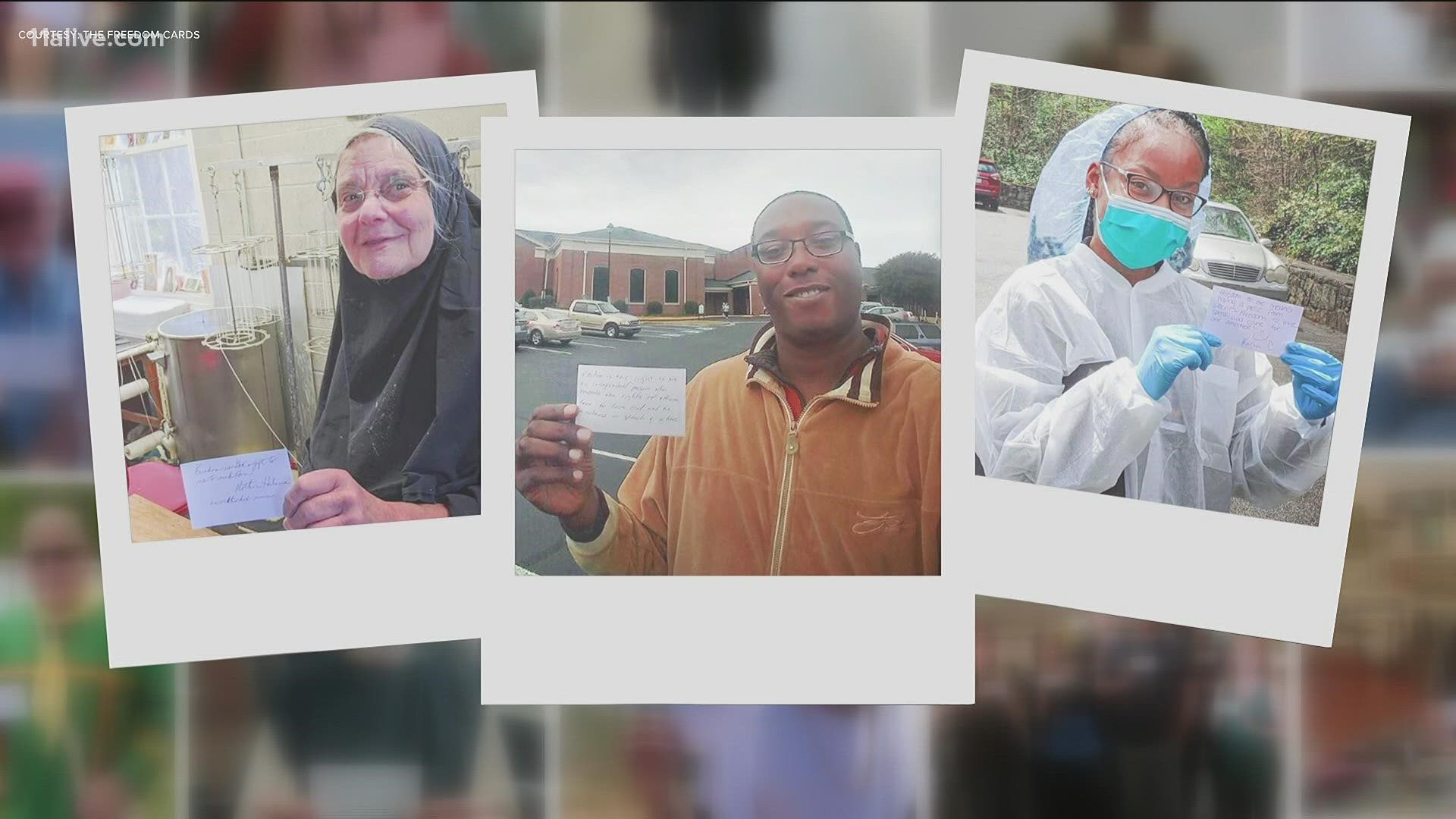 GWINNETT COUNTY, Ga. — As Americans continue to watch the situation in Afghanistan unfold following President Biden ending the 20-year war with the country. They may have many Americans thinking about the importance of freedom and personal liberties and what that word truly means.

"When I was in high school about 15 years ago,' Robson said, "I sent a couple of index cards to historical figures and politicians. I asked them what freedom meant to them."

Robson, an assistant principal at GIVE Center West in Gwinnett County, said the response was "unbelievable."

"They really represented a large swath of America," he added.

Over the next 15 years, Robson continued gathering responses from across the country, dubbing his collection "The Freedom Cards."

"It's part art project and part historical record because things have changed a lot in those 15 years," he added.

"When you hear freedom, you think patriotism, and that's definitely a big part of it," Robson said. "However, there's also a lot more."

"Sometimes it's neat to hear the voices from people who aren't with us anymore. Like for example, one of the ones that I came across when I was doing the book was John McCain's card, and it almost seemed like he was kind of giving us a little message from beyond the grave or just a reminder, something that was important to him," Robson said.

According to Robson, some of the responses are political in nature, while others are more philosophical.

"Freedom is the very oxygen of the human spirit," acclaimed author Joyce Carol Oates wrote in her response. Hers is one of the thousands of responses Robson has received from celebrities, athletes, politicians, musicians, even former presidents. More than a decade after starting the project, Robson has turned "The Freedom Cards" into a compilation book. Proceeds will benefit local scholarships and teacher grants, according to Robson.

"There's this connection that people really want to express themselves about this most important idea that we have in America," Robson said.