The story behind the deaf interpreter seen at many of Gov. Kemp's news conferences 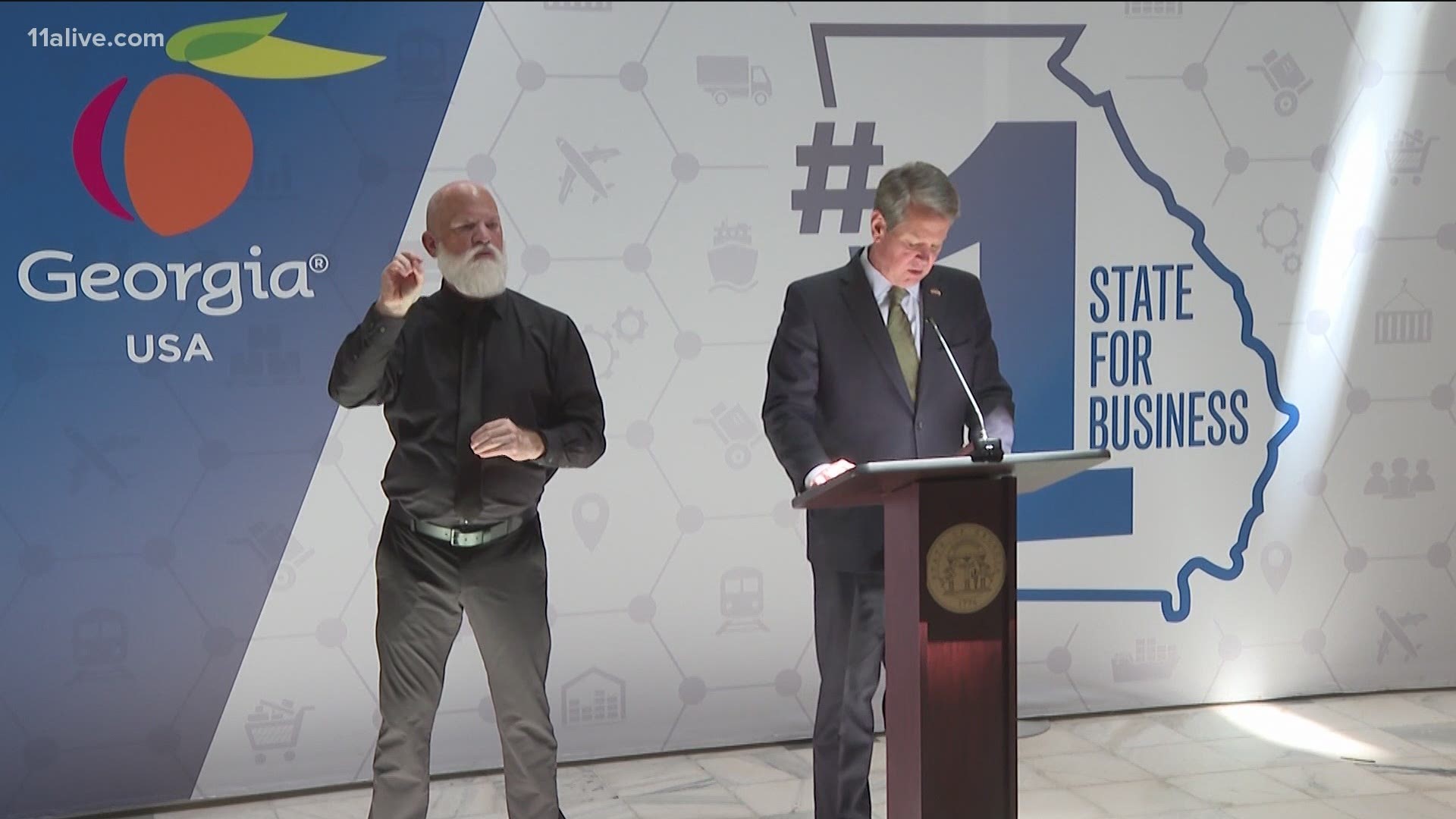 ATLANTA — Editor's note: Aaron Shoemaker is the voice translating for David Cowan in the video above.

Standing alongside Gov. Brian Kemp during many news conferences is David Cowan, a deaf interpreter.

Cowan, with his characteristic white beard and rounded glasses, has been at the forefront of communicating to Atlanta's deaf community.

One of Cowan's most recognizable moments was during Atlanta's pride parade in Oct 2019, where Cowan's gleeful interpretation of Beyoncé's "Get Bodied" went viral.

"That was really some of the first times that many hearing people actually paid attention to what I was doing," he said. "So in a way, it was a blessing for me to carry people to, to finally have that recognition of my work as a deaf interpreter, and to see how important that work is."

Cowan said people's initial reaction when finding out he's deaf is confusion. He gets strange expressions and questions, wondering how he can interpret if he can't hear.

RELATED: Dancing sign language interpreter during Atlanta Pride is fabulous! And you may recognize him.

"Of course, I have to explain that I worked with a hearing interpreter. He stands where the cameras are standing so that I can see him, and then I can interpret for all the cameras," Cowan said.

Cowan uses sign language to help other people who are deaf. He takes what the hearing interpreter has said in sign language and renders it in a more complete spectrum of American Sign Language.

Cowan has interpreted during COVID-19, social marches and pride parades. told 11Alive he hasn't been contacted by Atlanta Pride to interpret as of yet, but he's certainly up for participating again this year.