Veterans of color struggle to get equal access to benefits

According to the Black Veterans Project, Black veterans face higher rates of homelessness, unemployment and jail-time. 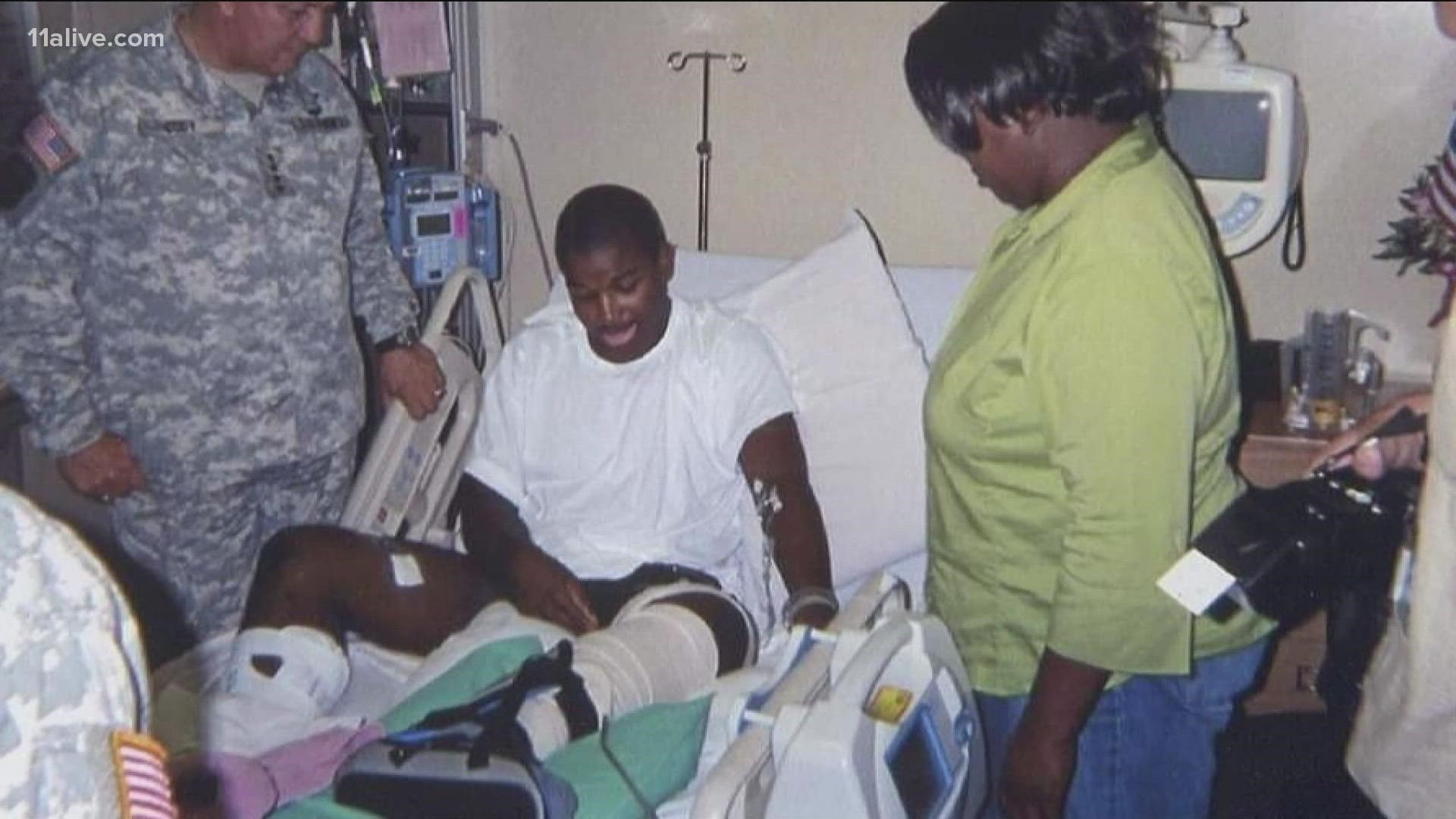 ATLANTA — David Kendrick returned from combat with two gunshot wounds in his legs.

Now, 15 years later, the DeKalb man said his injuries, both mental and physical, only worsened. Kendrick is one of many veterans of color fighting for equal access to VA benefits after combat.

"There's no voice for us," said Kendrick, who is also the vice president of the DeKalb chapter of the National Alliance for Mental Illness. "There are many of us who are still fighting to get the benefits we believe we deserve from the VA."

According to the Black Veterans Project, Black veterans face higher rates of homelessness, unemployment and jail time. The group reports Black veterans are twice as likely to live in poverty than white veterans.

For years, Kendrick voiced his concern for veterans of color on this issue. He speaks on different panels through NAMI and other organizations to impact change.

"There's not too many African-American veterans who went to combat and fought on the front lines," he said. "So we're just out there searching for these resources, and we have a hard time."

Another person looking into the barriers is U.S. Senator Raphael Warnock. The Georgia democrat's legislation to study what challenges veterans of color face when it comes to accessing their benefits passed.

"This bill pushes us one step closer to fully understanding the VA’s standard of care so we can identify and address the systemic challenges facing our veterans of color," Sen. Warnock said in a news release.

A possible solution, Kendrick suggested, is connecting minority veterans with a person who can help them navigate the system. He said veterans of color don't have the connections to access the best healthcare options.

Until change is made, Kendrick said he will not stop fighting.

"I fought for the country and I took two bullets for the country," he said. "Until I feel like not only I, but other veterans get the benefits they feel they deserve, I won't stop my mission."