Buried in history, the 1906 violence is unearthed anew. 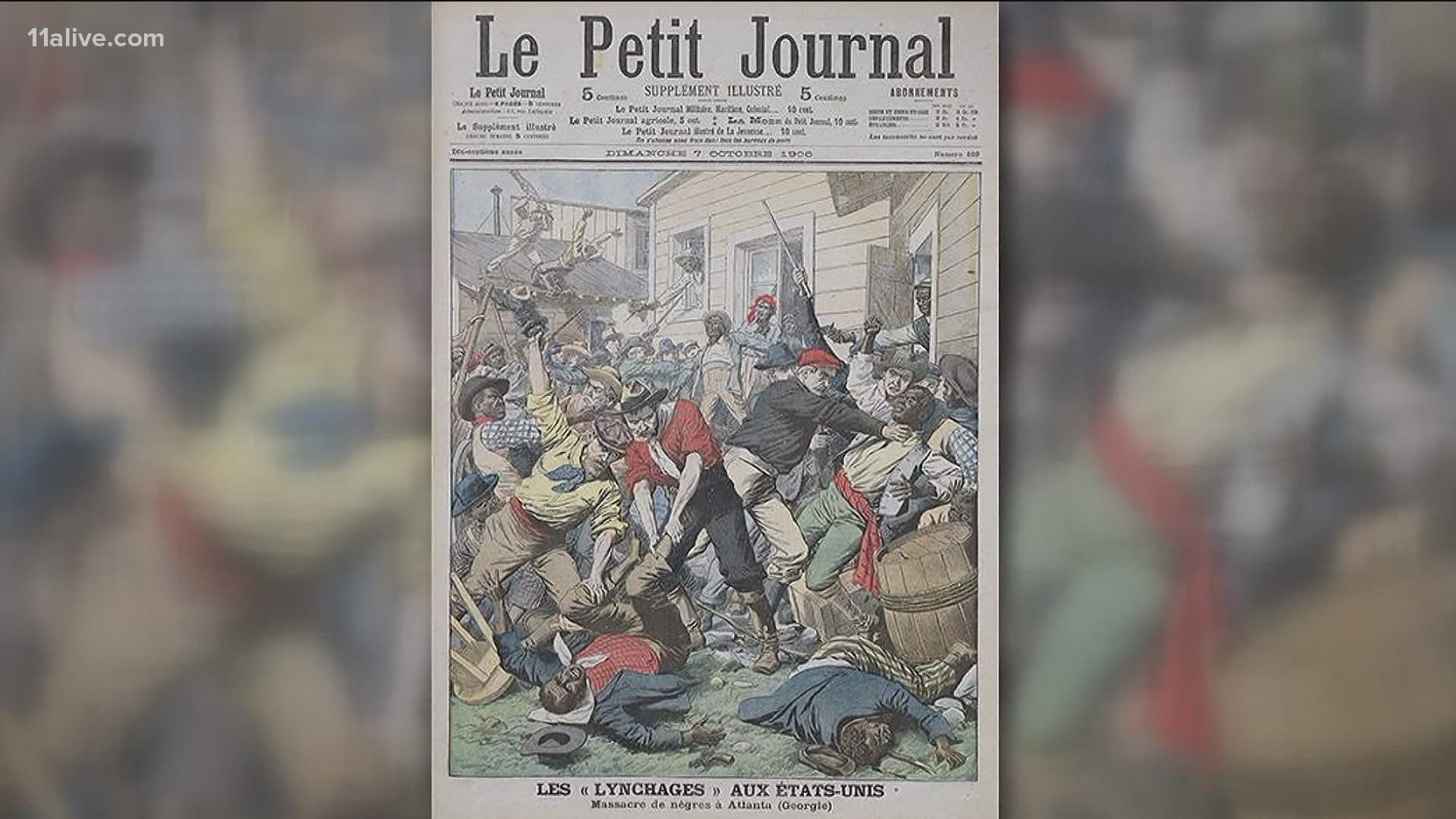 ATLANTA — A movement is forming to draw attention to a 115-year-old Atlanta story often referred to as the "Atlanta race riot."  However, the event was much more than that and some historically-minded Atlantans want it commemorated and renamed.

In actuality, the event commonly known as the 1906 Atlanta race riot started with an ugly stew of politics, journalism, and bigotry.

That riot would peak in a southeast Atlanta neighborhood near Carver High School. Over 100 years later, a rainy midday march of more than 100 people was at that very spot, in remembrance of what happened.

"I was raised in this neighborhood. And I did not know this was the area where the 1906 massacre took place," explained Sylvester Pierce, who attended Wednesday's march.

The buried history is an ugly one. Back in 1906, a mob of white men terrorized and murdered dozens of the area’s Black residents.

The violence was sparked by a newspaper war between the politically ambitious publishers of the then-competing Atlanta Constitution and the Atlanta Journal, each printing racially charged headlines that frightened and incited white readers.

Those leading Wednesday's march said it’s incorrect to call what happened a riot when the victims did nothing to provoke it.

Twenty-six people died during the massacre, though scholars of the incident say the death toll was undoubtedly much higher. White police officers also reportedly disregarded calls for help from the community, contributing to decades of mistrust.

"I’m in my late 30s now and I just learned about this event a couple of years ago," said Douglas Jefferson, who was also in attendance at the march.

Organizers of Wednesday's march support a movement to post two historical markers, one in downtown and one in southeast Atlanta, describing the 1906 incident as a massacre and not a riot.

"Leola Maddox was shopping with her husband and was stabbed multiple times. People were going about their daily lives and a mob came in and massacred them." said organizer Allison Bamptimpa.

Part of the reason this story got buried over the decades could be rooted in the power of one of the newspaper publishers who helped provoke the slaughter. Weeks after the violence, Atlanta Journal publisher Hoke Smith ran for governor of Georgia and won.