“The mural just represents unity visibility in the LGBTQ+ community. It tells a story about the history of pride in Atlanta,” Avery Harden said. 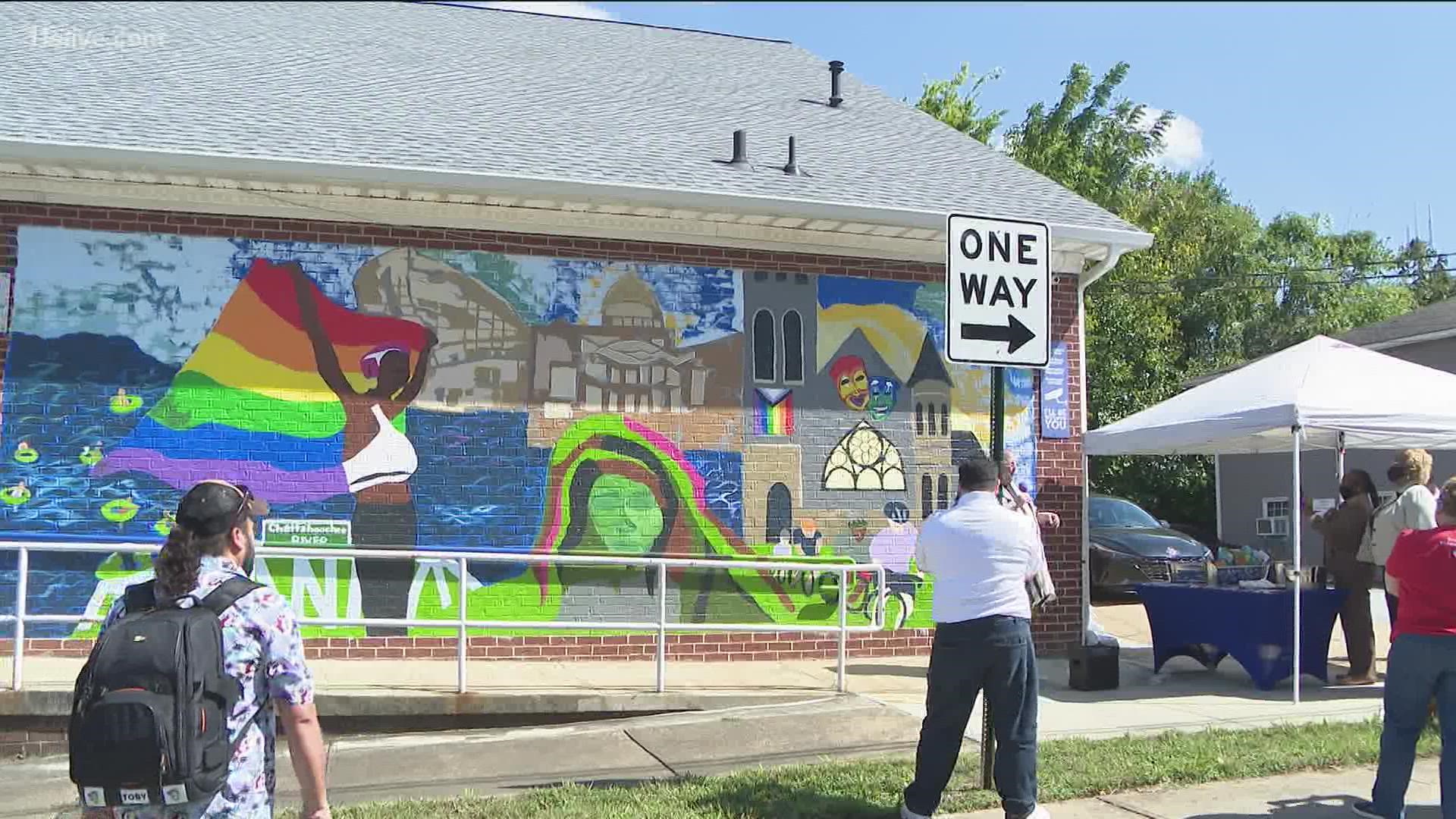 ATLANTA — A vision of Pride vividly washed over bricks in southeast Atlanta. It’s a mural, capturing 50 years of history in the LGBTQ+ community.

“The mural just represents unity visibility in the LGBTQ+ community. It tells a story about the history of Pride in Atlanta,” Avery Harden said.

“It’s my story. A story I chose to openly share with the world," Harden said.

From the Chattahoochee River, to cycling and the iconic rainbow flag that flows as a symbol of Pride, each detail serves a purpose.

“It's a lot of intricate details that I encourage people to dive into the history of Pride in Atlanta,” Harden said. “I think that this is a conversation starter.”

The Atlanta Pride Committee and the Consulate General of Canada teamed up for the project with a goal to create something meaningful to live within an Atlanta community.

“Gay rights is what's at the core of what makes a society, healthy, functioning and safe for us all,” said Louise Blais, Acting Counsel General of Canada to the Southeast United States.

The artwork was unveiled on Sunday. The once bare brick wall on the side of Dad’s Garage Theatre on Ezzard Street in Atlanta made for the perfect spot.

“We are very excited to support Atlanta Pride, the Canadian Consulate to put up this beautiful mural,” a spokesperson of Dad's Garage said.

Beautiful, yes, but also a reminder of work that still needs to be done.

“We just need to remember that the fight isn't over and that there are a lot of challenges that we still face, challenges politically and challenges just in everyday life,” said Steven Igarashi-Ball, Director of Equity and Engagement with the Atlanta Pride Committee.