Roswell father fights to bring undocumented wife back to the U.S. through House Bill 2920

The "American Families United Act", would allow U.S. citizens to request a case-by-case waiver for the non-citizen family member to live in the U.S. 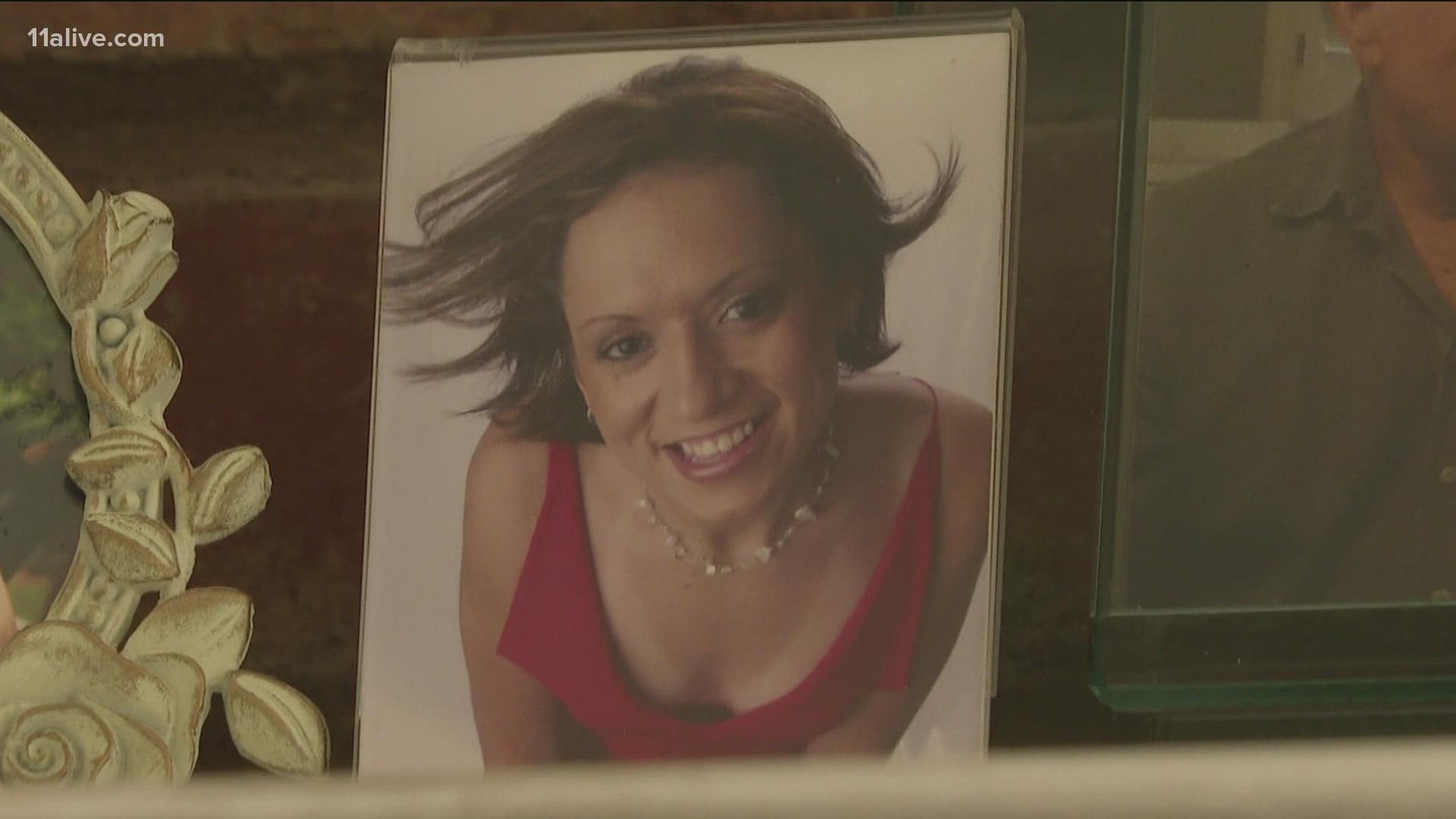 ROSWELL, Ga. — According to the American Families United Act, more than 1.3 million U.S. Citizens have experienced family separation because a family member has been refused a visa or deported from the U.S.

Now, Jason Rochester, a Roswell father, a U.S. Citizen, is trying to push a proposal forward that would change that, and he's getting support from his congresswoman.

11Alive interviewed the Rochester family back in 2018. Back then, Jason's son, Ashton, was five years old and would talk to his mom, who lived in Mexico, through a computer screen.

"I wish she was just here, and I could talk to her any time," said Ashton when we revisited them a few weeks ago.

They have to speak through technology not by choice but by law.

For 18 years, Ashton's mother, Cecilia Gonzalez, lived in the U.S. illegally. In 2018, she voluntarily left the country after fearing deportation.

"She was having anxiety; she was losing hair," said Jason.

After that, Jason fought to bring his wife home by tweeting the president, starting a GoFundMe campaign, and filing for humanitarian parole.

However, Gonzalez had been in the country illegally twice, forcing U.S. Immigration and Customs Enforcement to deny the request, writing, in part, "the totality of the equities, in this case, does not warrant a favorable exercise of ICE's discretionary parole authority. Accordingly, your request is denied."

This was a year after President Trump took office and put noncitizens at risk of deportation, changing the Obama administration's focus on those who committed serious crimes.

"We've been dealing with this almost half of his life," Jason added.

Today, Ashton is cancer-free, however, still without his mother by his side. His father has been fighting to bring Cecilia home now for years.

"[We tell him] that we're doing everything we can to bring mommy home, and the government doesn't want her here," Jason told us in 2018.

The sadness has since turned to frustration, with a twinkle of hope weighing on House Bill 2920.

The "American Families United Act," introduced to Congress in April, would allow U.S. Citizens to request a case-by-case waiver for noncitizen family members to live in the U.S.

"I want my family back together and my wife to be able to feel comfortable in her own home and be able to take care of Ashton. That's my dream," Jason said.

In this case, Jason would request his wife to come to the United States. Right now, the family is only reunited when they're able to visit her in Mexico.

"We talked to Congress, and we talked to the Senators, but it is very slow, which is very frustrating to me also, because this is my family and my life, and Ashton is getting older and older by the day. It doesn't seem to weigh too heavy for them that my family is suffering," he said.

Jason has met several times with Congresswoman Lucy McBath to talk about this. As a result, she is now co-sponsoring the bill.

"The system is basically broken, and there's no way to get her back," he said. "So, our bill gives American citizens more equity in the debate of immigration because right now I'm a citizen."

Those authorized to hear immigration cases and judges would deny the waiver if the person is a national security threat or has a serious criminal history.