Pandemic brought rise in carjackings, car thefts and violence on drivers | What companies doing about it

In Atlanta, auto thefts - which include carjackings - are up about 47 percent from this time last year. Local gig workers who are on the road are noticing it, too. 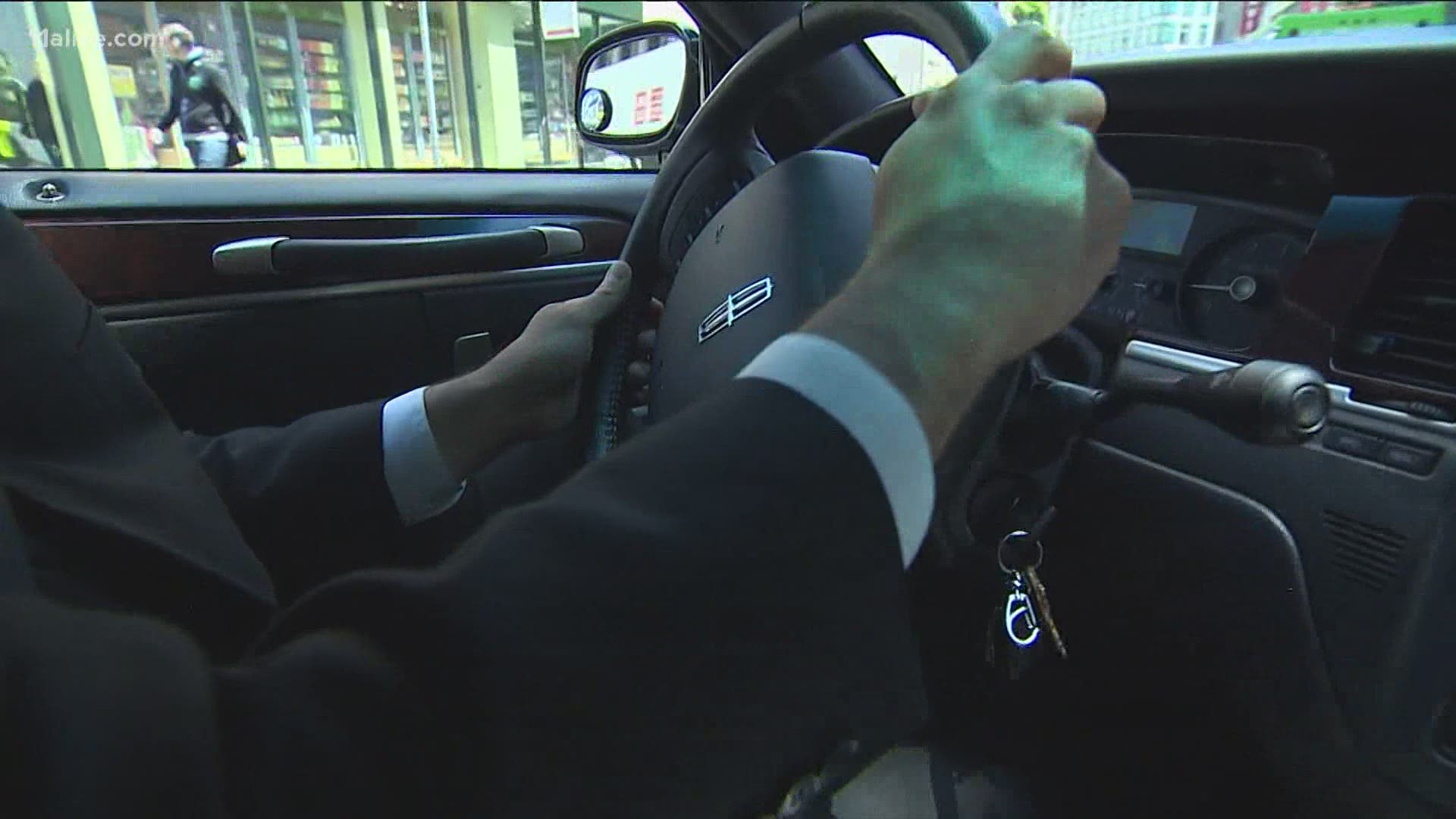 ATLANTA — It's been less than two weeks since a mom's body was found counties away.

Her name was Rossana Delgado and she was a taxi driver for an independent company in Gwinnett County.

On April 16, the mother of two called her husband to let him know she was picking up the last ride of her day and that she'd be home for dinner.

A search quickly ensued for the last person she was seen with, who family members believe could've been her last ride of the day.

Driving for taxi companies and ridesharing apps is a livelihood many racial minorities across the nation rely on to make money. Since the pandemic, there's been a spike in violence towards gig economy workers.

"There's just a fear swooping the community right now," said Pedro Viloria, a Venezuelan who knew Delgado's family. "The Duluth, Gwinnett County area has a big Venezuelan population. A lot of them do Lyft, Uber, taxi services. I think that this was very much a case where a lot of community members, especially Venezuelan community members saw themselves. It was very, very close to home. Very scary."

Just last month, NBC News interviewed Veena Dubal, a professor at the University of California, Hastings College of the Law, about violence towards gig workers. She has extensively researched the taxi industry and the gig economy.

She said that's a pattern that especially affects minorities working in lower-paying jobs.

"A lot of these workers are subordinated racial minorities, and they are likely to bear the brunt of physical violence, because they are in public doing this kind of work," Dubal said.

Attacks on drivers may be part of a larger trend of a rise in violent crime during the pandemic, according to the Police Executive Research Forum.

In Atlanta, auto thefts - which include carjackings - are up about 47 percent from this time last year.

Jon Dabney, who has been driving for both Uber and Lyft for the past five years, said he's had to kick people out of his vehicle before.

"There's definitely some times where I've been really scared and worried for my own safety," Dabney recalled. "One of the passengers I kicked out recently, it freaked me out. I was waiting for her to jump in the front seat and grab the wheel and drive us both off the road."

The problems have become so prevalent that major tech companies are stepping up to address them.

They also have an emergency button drivers can press that calls or texts 911.

Both Uber and Lyft prohibit riders and drivers from carrying any firearms in the vehicle. Lyft said it has a strict no weapons policy, too.

In the meantime, Dabney, who said this is how he's made most of his money for the past few years, continues driving six days a week, but doesn't depend on it as much.