There's only one word Pierre Whatley could think of to describe the last few days: tense. 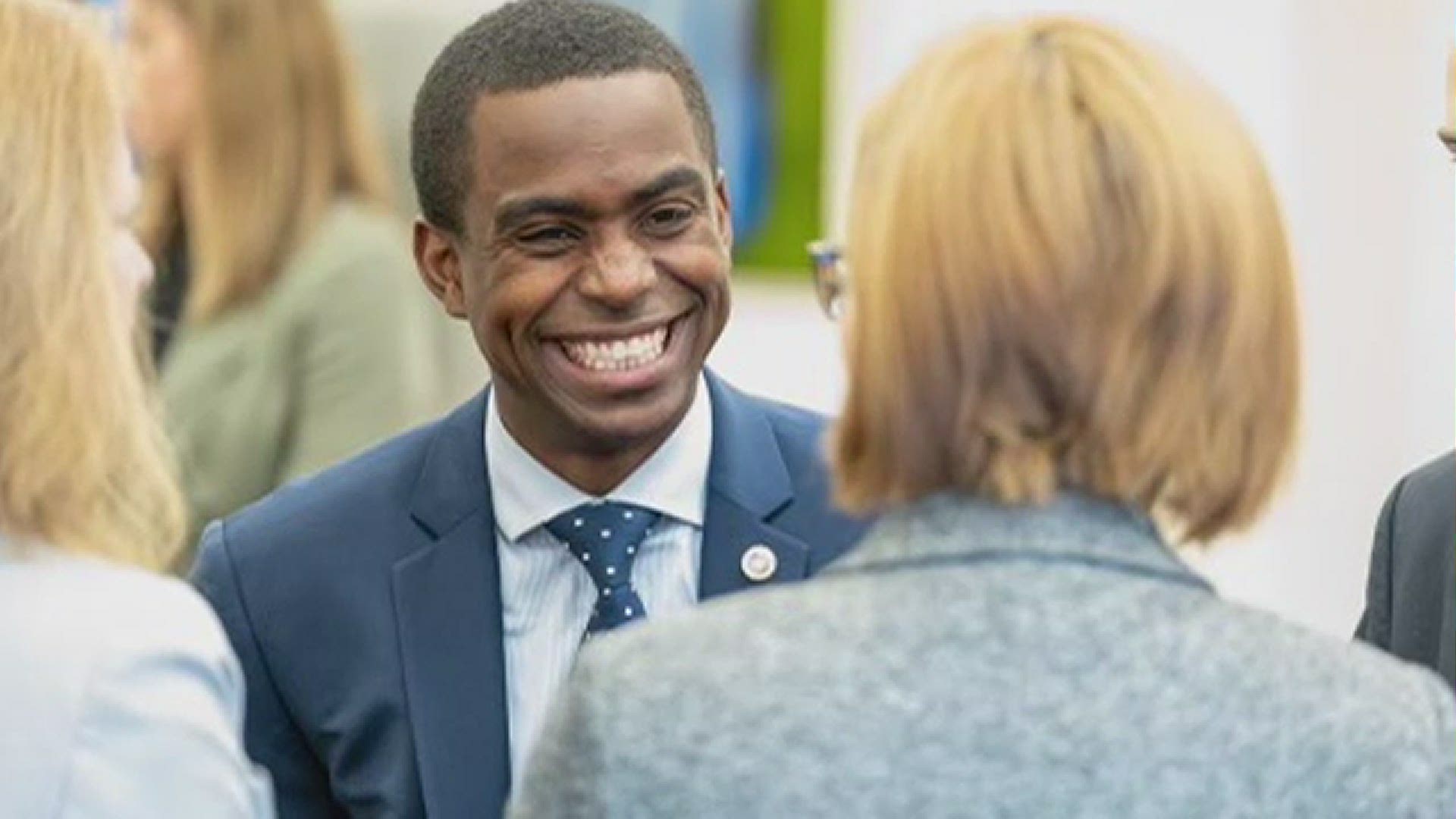 "I always wanted to work on Capitol Hill, even as an undergrad," Whatley said. "When I walked in on day one and got the tours and stuff, I was like 'wow.' It was an out of body experience for me. Humbling that a boy from Newnan, Ga, is working here. Just, wow, it's a beautiful place."

During his time in D.C., he's seen dozens of protests.

"That's the beautiful thing about our Constitution, and living in D.C. It's a whole new perspective. I've seen literally, protests for the Easter Bunny, dairy milk, gay rights. You see it all. It's a beautiful thing."

On Jan. 6, Whatley left his apartment to head to Capitol Hill for work. He found himself walking through a crowd of people rallying in support of President Donald Trump.

"I had my head phones in, but no music on, you know, just head straight, looking forward. You could tell something was brewing. It looked different. It felt different," Whatley remembered.

"And to be quite honest, being the only Black person walking through the crowd, I could hear people saying, 'Oh, he must be a traitor, he must be a local, he must be one of them liberals.' I heard the N-word, I heard all kinds of stuff. I wasn't afraid. I just thought, this was going to be a long day," he recalled.

Whatley's seen Pro-Trump rallies before; even attended one.

Not long after getting to his office at the Capitol Complex, the buildings would be lockdown.

"I was angry. And then it went to kind of like fear. You're watching everything live on television, and you see people have weapons. OK, this could get really crazy, really fast. There was no other security, it was just Capitol Police with tens of thousands of people, no National Guard, no nothing," he said.

"I'm scrambling trying to check on my colleagues who were actually in the Capitol Building. So that wasn't scary. They were locking themselves in offices and sliding desks and drawers to block people from coming in," Whatley remembered.

As a Black man, Whatley said seeing a noose and other hate symbols near and in the Capitol wasn't surprising.

"The world got to see, this is kind of how people are still living and how people still view and they have this perspective. This is a perspective that's hold up for tens of tens and thousands, and millions of people. And so we have to recognize that first and foremost, and then go about kind of think about how we address that and have serious conversations about that."

His own 13-year-old son saw some of what unfolded that day, calling him during the lockdown.

"As a Black parent, that's a difficult conversation to have. I haven't had an in-depth conversation with him about kind of perceptions and what he saw on the television," he said.

"Kids are watching. The world is at their fingertips. They noticed. What we do for our kids moving forward is going to be really interesting and how the next generation kind of impacts and kind of integrates into society," he added.

The images popping up since January 6th, include barbed wires, fencing, National Guard members sleeping on the Capitol floor. There's only one word Whatley could think of to describe the last few days.

Whatley visited Georgia for a brief reprieve, the week after the siege.

One night, he found himself at a Coweta County School Board meeting. He was there to speak, with others, who were asking a board member to be censured or resign after seemingly posting on social media about election fraud rhetoric, conspiracy theories, and attending the Pro-Trump rally.

"Elected officials are held to a higher standard," Whatley told the board, in reference to the board member in question.

The line was a lesson one of his former Coweta County school principal's imparted on him long ago. And it's a message that stuck with him.

Whatley said he supported the board member's right to go to a rally and the right to free speech. But, his concern was posts on her page, blaming Antifa for the attack, questioning election results, and comparing BLM protests to the Capitol riot.

"I have no problem with her {board member} attending, however, seeing the posts on her social media, making baseless claims, false claims, shifting blame, to me, as a leader, that goes against everything this school system is teaching our students."

"I don't know if she resigns, but I think the school board needs to do something about how elected leaders, including teachers, interact and talk about social issues," he continued.

And Whatley believes that for every leader.

As he heads back to D.C. soon, Whatley hopes there's a reset - a new era of bipartisanship where  people who disagree with each other can put the country above their personal arguments.

"I think everyone recognizes that America, the United States, we are the beacon, we are the last shot, we're the shining light on the hill. If we crumble, what does that signal to the world? It definitely makes everyone look in the mirror at themselves and say, 'Wow, what have we come to? Is this is this what we want to be?'"