Even though 'Confederate Memorial Day' is not officially celebrated by the state of Georgia, state employees have Monday off. 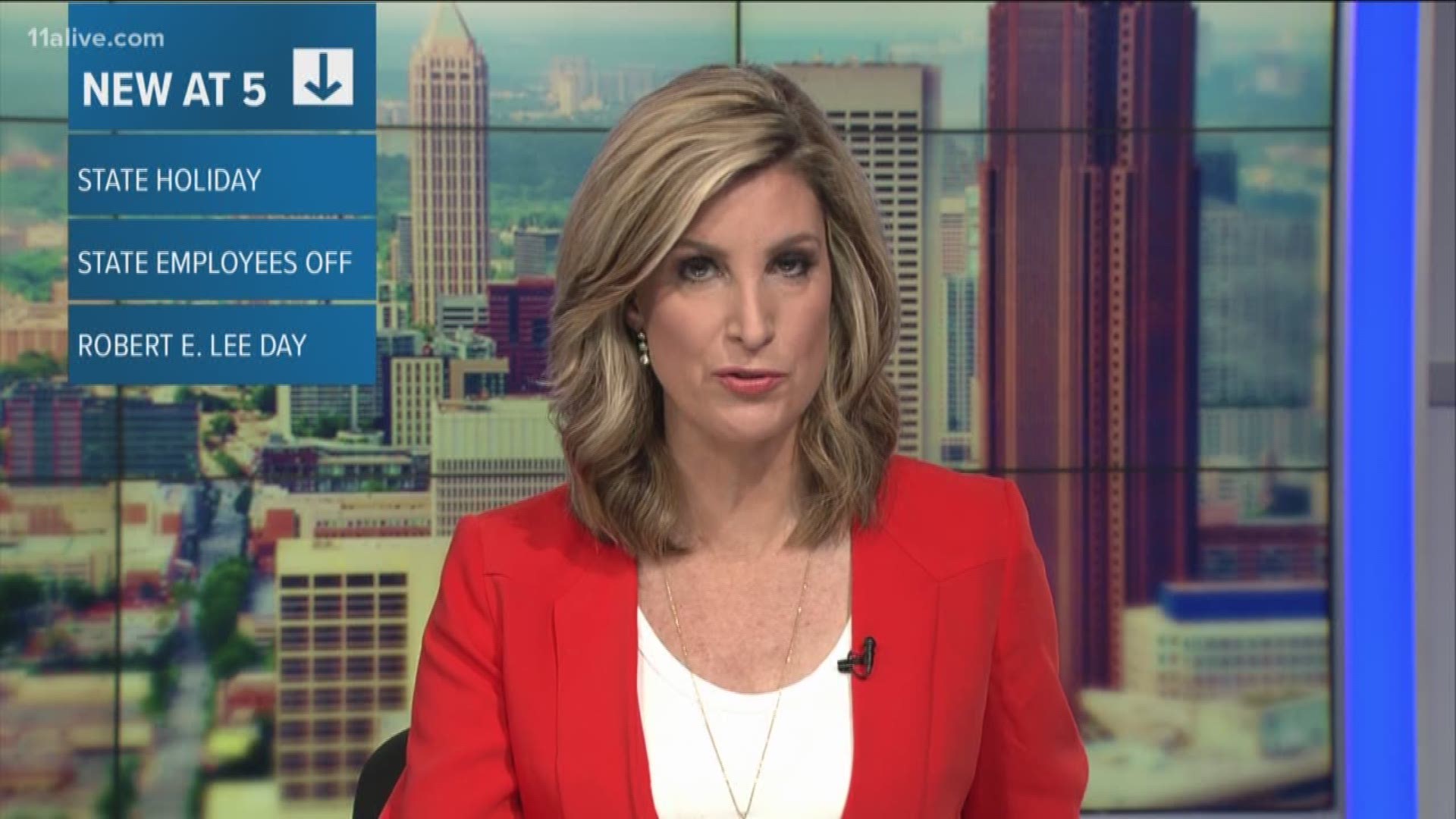 ATLANTA -- The fourth Monday in April is the historically observed date marked as Confederate Memorial Day. This year, it falls on April 23.

And while the day is not an official holiday, it is observed in several southern states, including Georgia, where state employees have the day off.

Since 2015, "Confederate Memorial Day" itself has not been listed on the official state calendar. The day observed by state employees on Monday is officially listed with the generic term "State Holiday."

Credit: Scott Olson
A Confederate Navy Jack flag sits at the base of Confederate Mound, a memorial to more than 4,000 Confederate prisoners of war who died in captivity at Camp Douglas and are buried there, on August 23, 2017, in Chicago. (Scott Olson/Getty Images)

A blog post from the official state blog at Georgia.gov in April 2015 details the history of the original Confederate Memorial Day, tying its origin to a women's group in downstate Columbus, Georgia in 1874 who wanted to honor those from the Confederacy who died during the Civil War.

"Confederate Memorial Day in Georgia was meant to mark April 26, 1865 - the day Georgia surrendered to General William T. Sherman ending the Civil War in Georgia. Legend has it that a group of women in Columbus, Ga., (later to become the Atlanta Ladies' Memorial Association) started a campaign to honor those who died during the Civil War."

In the summer of 2015, Gov. Nathan Deal quietly removed the official observation of both Confederate Memorial Day and Robert E. Lee's birthday from the official state calendar.

Deal's move came in the wake of the June 2015 slaying of nine parishioners at Charleston's historically black Mother Emanuel AME Church. White supremacist Dylan Roof was sentenced to death for the murders.

In previous years, Lee's birthday was officially observed, but moved on the calendar to the day after Thanksgiving, in order to officially observe the day while taking care of the long four-day Thanksgiving weekend at the same time. Now, the official name for that day has also been replaced with the term "State Holiday."

State offices are still closed on both days, despite the name change.

Why should Confederate Memorial Day be recognized -- Or why not?

Supporters of the notion of observing Confederate Memorial Day say that recognizing the day preserves their history and honors the dead.

Opponents insist that an observance of the day promotes racism and honors treasonous individuals who attempted a violent overthrow of the United States itself.

"The Confederacy was a government that was established to maintain the institution of slavery to maintain the social hierarchy of white supremacy," said Lea Campbell, president of the Mississippi Rising Coalition, who has long called for states to move away from an observance of the day.

"All we ask, in the immortal words of (Confederate) President Jefferson Davis, please just leave us alone," Barry Cook, a chaplain of an Alabama Sons of Confederate Veterans chapter said in a 2017 online posting. "Let us honor the valor and bravery of our Southern heroes without intimidation and insult. Our ancestors fought, died and lost everything they had for a cause that to us is worth remembering and cherishing."

On March 28, commissioners in the city of Griffin, Ga., about 40 miles south of Atlanta, issued an official proclamation declaring April as Confederate History Month and April 26 as Confederate Memorial Day. They called upon all citizens of the city and the state of Georgia at large to "reflect on this historical period, to learn more about Georgia's heritage and history, and to observe this occasion with appropriate ceremonies."

Johnson was not immediately admonished for his use of the racially offensive language, and other board members attempted to prevent McCord from speaking until Johnson completed his comments. 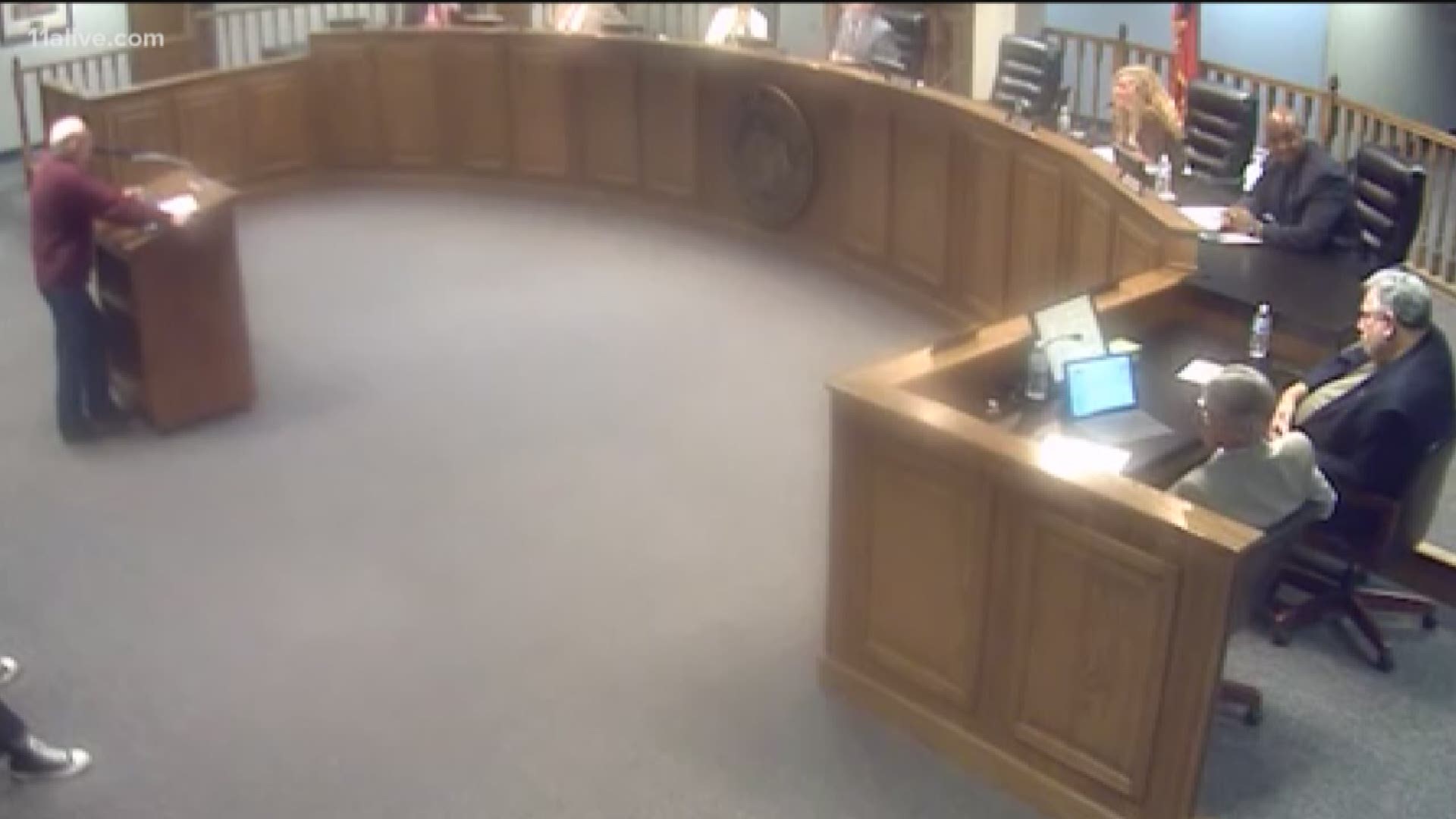 Once McCord was finally able to speak, he expressed his outrage.

"I'm not going to sit here and let this man use that kind of language," McCord said. "And if nobody else is offended, then I am."

In Mississippi, Campbell says continued perpetuation of the ideology of white supremacy is unjust and harmful.

"It is time to move forward," she said. "We can be proud Southerners and honor our heritage and the sacrifices made by our ancestors without use of taxpayer funds to promote a racially unjust agenda."