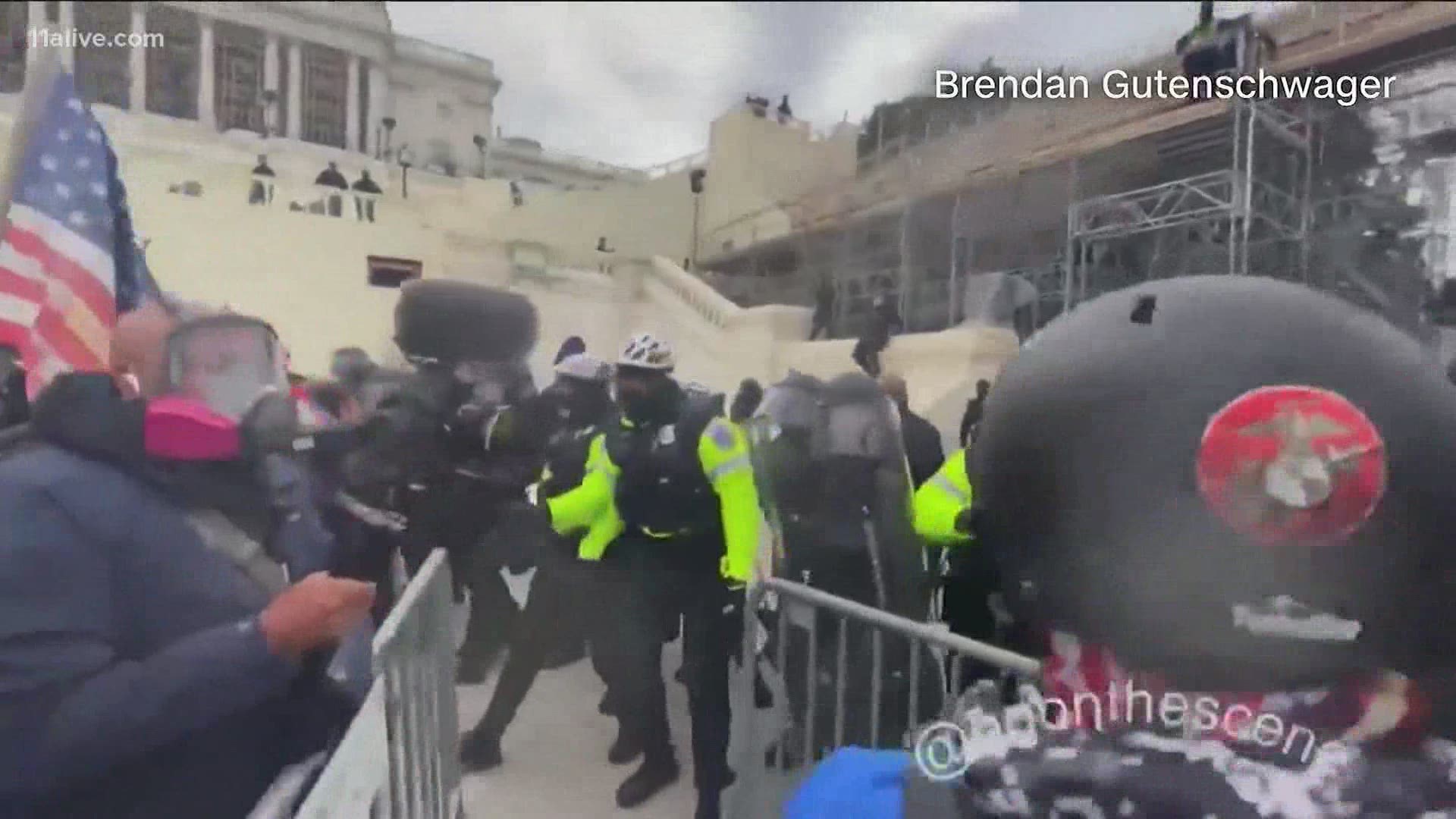 ATLANTA — Republican Butch Conway was among those who rallied near the White House Wednesday prior to violence breaking out at the US Capitol.  Conway was the sheriff of Gwinnett County for 24 years before he declined to run for re-election in 2020.

A public supporter of Donald Trump, Conway said he drove to Washington to be part of what he expected to be a lively, but safe, event.

"I would describe it as a cross between tailgating at a football game and a NASCAR race—families, dogs, children. Everyone being nice. I mean, it was like a family reunion without some of the hatefulness you can find at family reunions. It was a very good crowd," Conway said.

After President Trump urged participants to go to the capitol, Conway said he broke off and returned to his hotel room instead.

"I saw that a lot of people were walking to the Capitol, but they were very calm," Conway said. "It was just a very peaceful crowd at-- at that point. I got back to my room, turned on the TV and saw what was happening. That was very disappointing of course."

11Alive News' Doug Richards: You heard the president encourage the crowd to go to the capitol. Did you sense any ill intent at that point?

Butch Conway: No. At that point I assumed they were going to go to the capitol grounds, make noise and let the legislators know they were out there.

11Alive: How surprised are you that this happened?

Conway: Extremely. I feel like there were agitators in the crowd. Where they came from, I can’t say. But the people I saw, I didn’t think were bent in that direction, put it that way.

11Alive: Did the president respond to this as quickly as you would have liked?

Conway: Probably not ... it made me sick police got assaulted, people going past barricades. And putting their hands on police officers. They all need to go to jail for that.

11Alive: Do you think president trump bears an responsibility for what happened?

Conway: I think he fired them up. ... I know he encouraged them to go to the Capitol and be heard. If that was what they had done, I don’t think it would have been a problem. If they had stayed outside. But the way they assaulted the building is a crime, and they need to pay for that.

11Alive: Does President Trump bear any responsibility by advancing this narrative about the election being stolen, given the absence of evidence?

Conway: I think that all the American people want - the Trump supporters - is just to know it’s (the election system is) going to be fixed.

Conway: Sure, but obviously that’s not going to happen at this point.

11Alive: Does all that give Trump complicity in what happened yesterday?

Conway: Well, sure. Anytime someone has supporters and their supporters act out, I think they’re complicit. Democrat, Republican or whatever.

11Alive: You and other Trump supporters know this is an usual politician who produces volatile reactions. Knowing that, are you somewhat responsible for what happened yesterday?

Conway: I don’t feel responsible for it, and I’m not one to shirk responsibility. So, I don’t think -- that’s why I don’t. I supported Trump. He didn’t always do or say exactly what I thought he should. People call him a narcissist. But would you not have to have some narcissism to be in that position or run for that position? I think that’s one of the requirements for running for president of the United States. You’ve got to think you're something else. I think everyone that does that feels that way.

11Alive: A lot of members of Congress who said they would challenge the electoral college backed off after yesterday. Was that the right thing to do?

Conway: At that point, I think so.

11Alive: Has this incident shaken your support for President Trump at all?

Conway: I don't think he’s going to be part of the agenda going forward at this point. He’s done some great things for this country. I don’t think people realize how much he’s done. But other than yesterday, I think history will treat him well in the future.