Police said the persons in the second vehicle ran away after the crash. 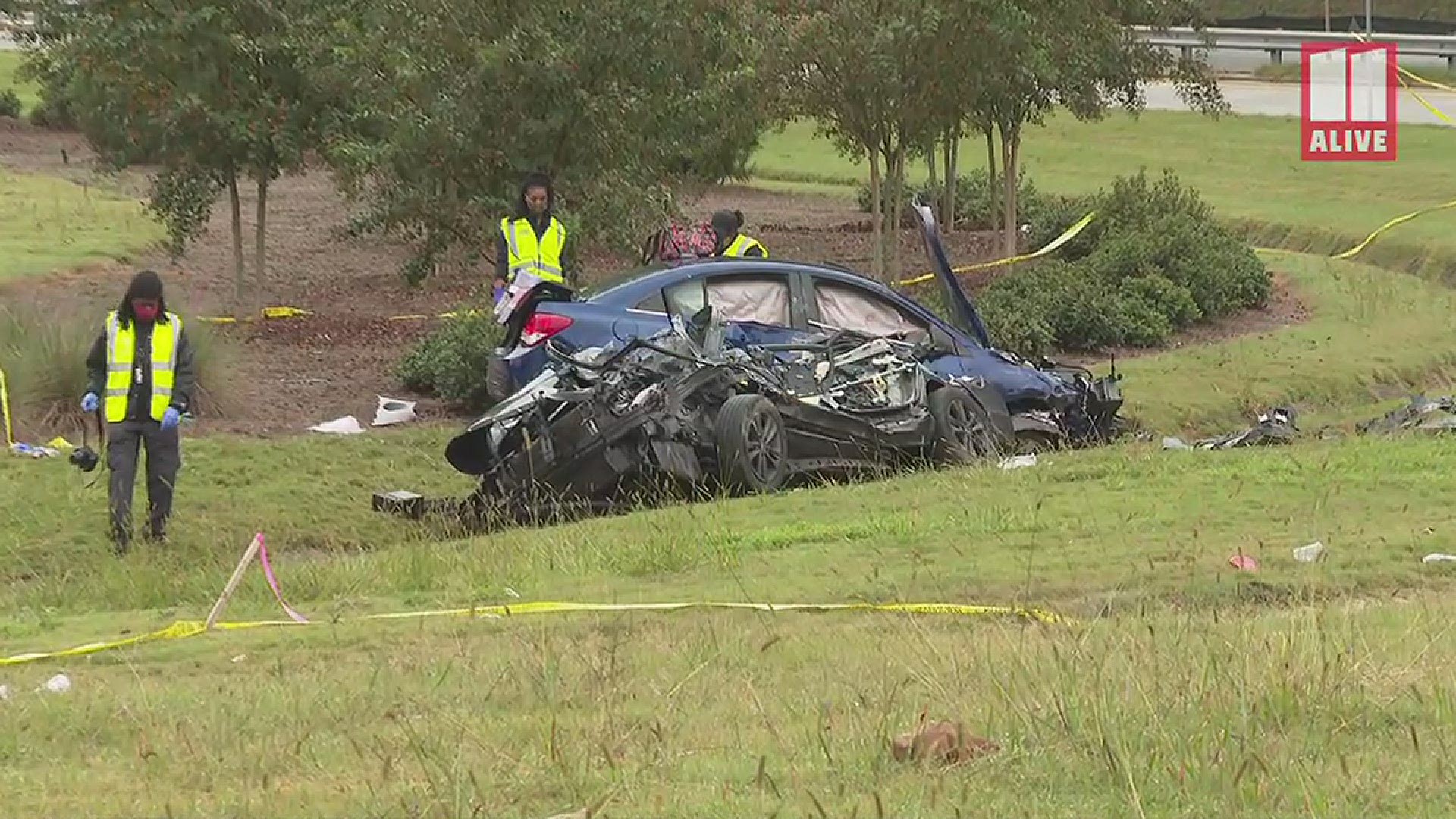 ATLANTA — A woman was killed and another person was critically injured as the result of a hit-and-run wreck on Interstate 285 northbound near the Martin Luther King Jr. Drive exit on Saturday morning, Atlanta police said.

According to Atlanta Police spokesperson Marla Jean Rooker, officers responded to the incident at about 10 a.m.

When they arrived, Rooker said, they found two vehicles involved in a crash -- one of them overturned.

She said that the preliminary investigation indicated that a Chevrolet Cruze attempting to exit I-285 northbound at Martin Luther King Drive, struck a Hyundai Sonata, causing it to flip.

Rooker said that a woman inside the Sonata was pronounced dead at the scene. She said that a male occupant of the vehicle was transported to Grady Memorial Hospital in downtown Atlanta in critical condition.

Witnesses told investigators that a man and woman who were inside the Chevrolet ran away from the scene of the wreck after the incident, according to Rooker.

Rooker said that officers were canvassing the area around the wreck and that their investigation remains ongoing.