Atlanta Police said the woman was shot in the leg. 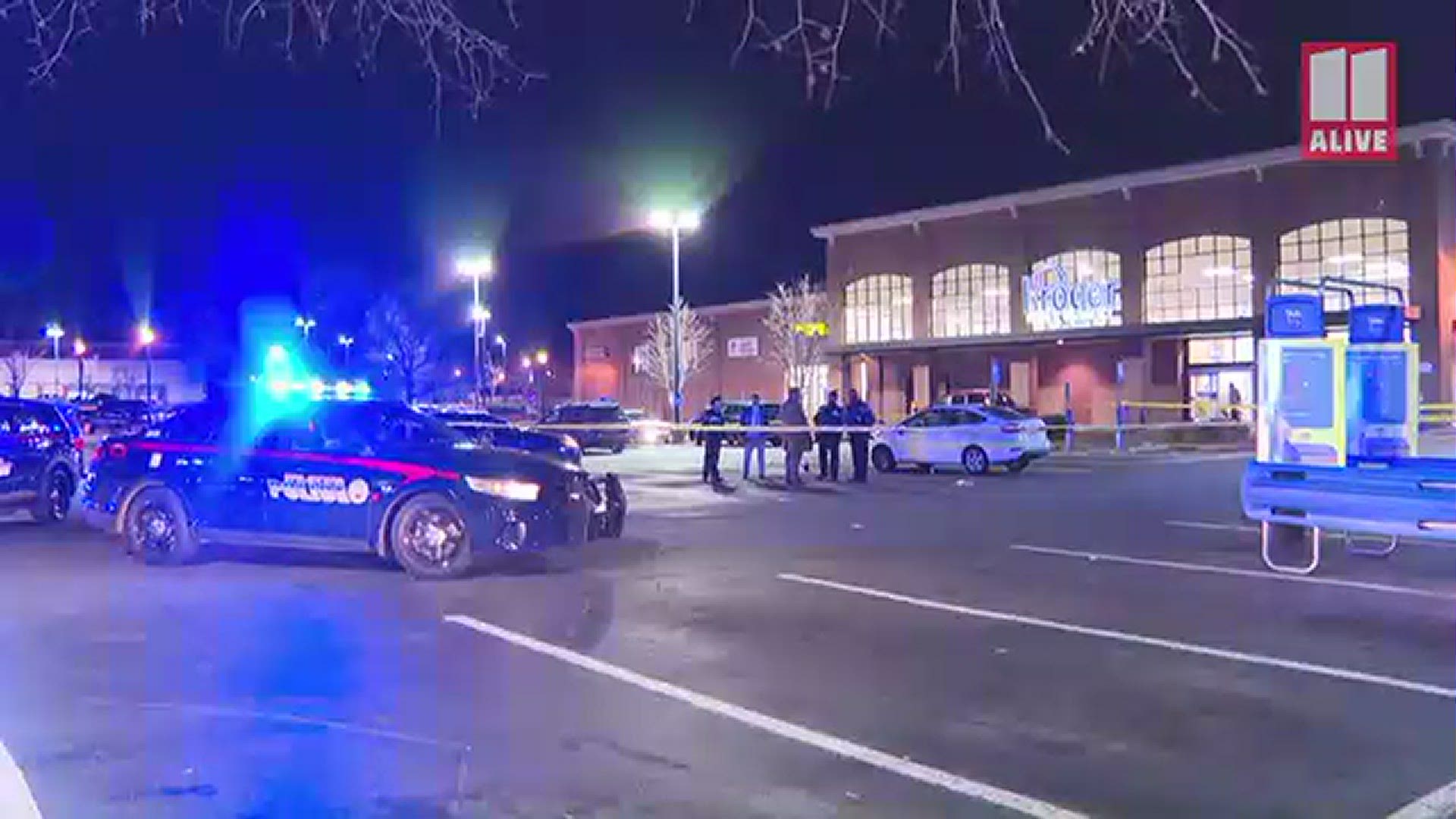 ATLANTA — A woman was hurt Wednesday night in the parking lot of an Atlanta Kroger during an attempted armed robbery, according to Atlanta Police.

Officers said they responded to the scene at 1225 Caroline Street NE just after 9:20 p.m., where a woman had been shot in the leg. APD said she was alert, conscious, and breathing when she was taken to the hospital.

The preliminary investigation indicates the victim was in the parking lot when two or three men approached her and attempted to steal her purse.

"During the struggle, one of the males shot the victim before fleeing the scene in an orange Dodge Challenger with a black stripe down the hood," said Tasheena Brown of APD.

11Alive sent a crew to the scene. Police tape blocked off a portion of the parking lot as officers investigated the situation. The investigation is ongoing.